EXO’s Lay is always so inspirational!

On November 2, Lay sat down with Kevin of the BUILD Series for a live interview in New York.

Answering all the questions by himself in English, Lay describes his consistent work ethic and newest solo album “NAMANANA,” which marks his third promoted solo album overall but his first released in the United States.

“I always try my best,” Lay expressed. “I made 23 versions of [the song “NAMANANA”] because I wanted the music to be perfect.” On his famous motto “Work hard, work hard, work harder,” Lay explained, “It’s very important for me. I live by this.”

The singer also discussed how “NAMANANA” was inspired by “Hakuna Matata” from “Lion King” and the decision of including 11 Chinese songs and 11 of its English counterparts in the album.

Lay explained, “Because I wanted to come to the U.S. market, I wanted to use English to respect the country and culture. Chinese is because I make M-pop [Mandopop or Mandarin pop]. I want to share my music in the U.S and I want to share Chinese culture and M-pop to [everyone] all over the world.” 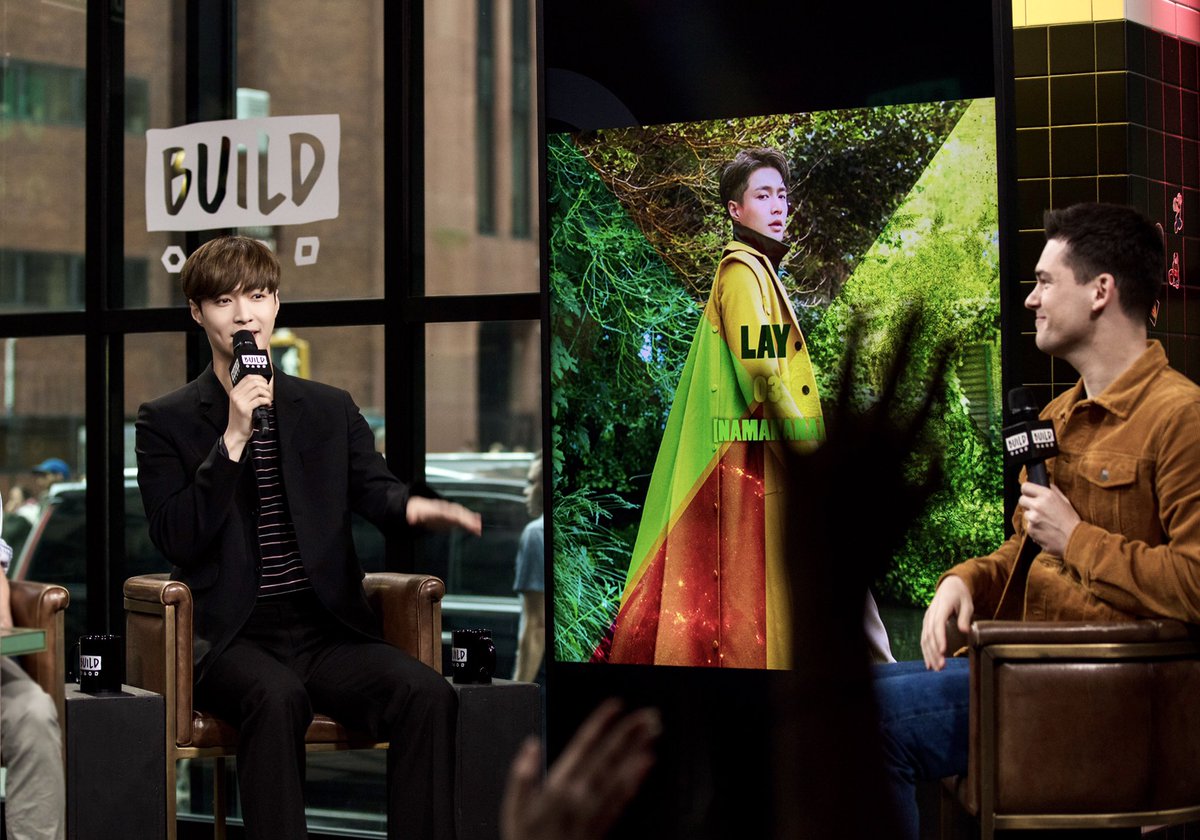 After sharing more about the album, Lay went on to talk about some of his favorite artists, especially Michael Jackson. He also commented on being the only singer from China to feature on the first single of a Michael Jackson tribute project.

The singer concluded the interview by directly answering questions from fans, including how he felt about his history-making, first-ever entry on the Billboard 200 chart. He expressed how “it’s unbelievable” and that he’s very appreciative.

Lay stated, “I [will] never give up. I will make very good music for you guys to thank all of you.”

Check out Lay’s full interview below!

Meanwhile, Lay will be holding a free fan event at the Playstation Theater in New York on November 6.