On the latest episode of “It’s Dangerous Beyond the Blankets,” the cast members embarked on a hilarious battle against a single moth!

During the May 17 broadcast of the MBC reality show, EXO’s Xiumin, WINNER’s Song Mino, actor Kim Min Suk, and Olympic speed skating medalist Kim Min Seok’s leisurely trip together was interrupted by the unexpected appearance of a lone moth.

Although Xiumin was initially startled by the moth, he quickly took charge of the situation and attempted to catch the insect as Song Mino and Kim Min Suk scrambled to get as far away as possible. However, when Xiumin tried to trap the moth with his bare hands, a visibly terrified Kim Min Suk begged him, “Don’t catch it with your hands! Not with your hands!” 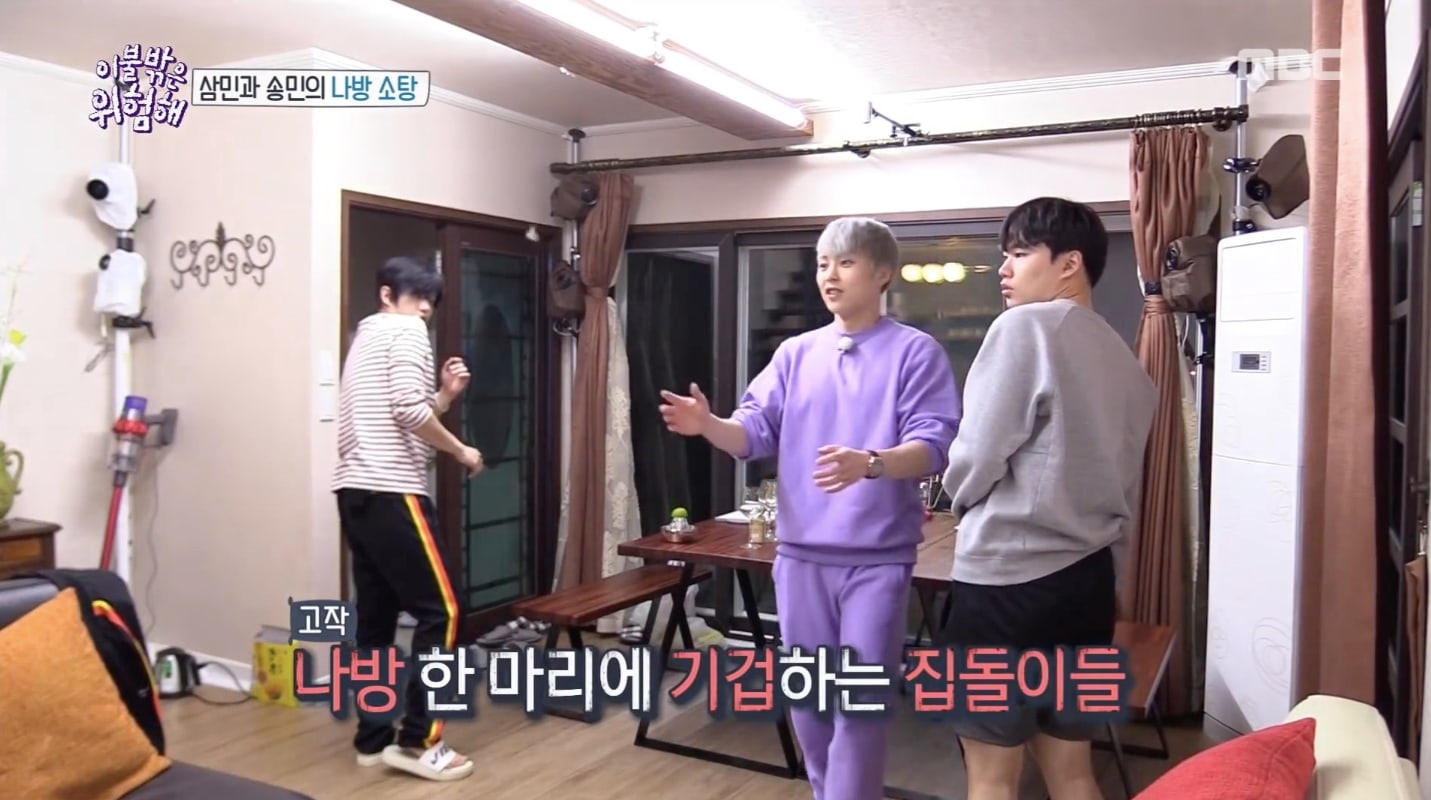 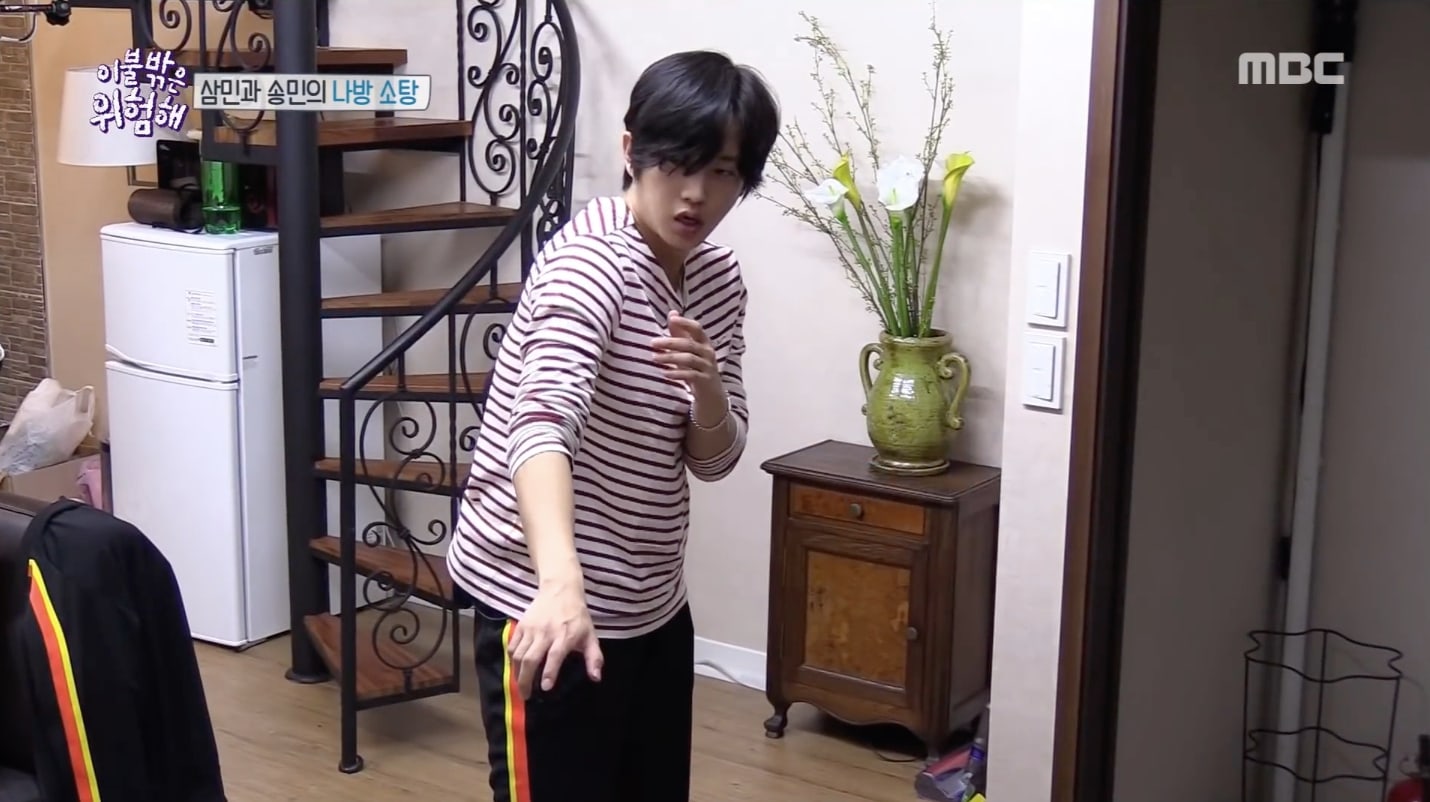 Xiumin laughed, “Then what should I use?” After unsuccessfully searching for a weapon, speed skater Kim Min Seok suggested, “Should we burn it with a flame?”

Although Song Mino managed to secure some tissues from the bathroom, his fear kept him from actually catching the moth once they’d cornered it. Xiumin came to the rescue, valiantly chasing the moth upstairs as Song Mino worried, “If it goes upstairs [to our bedroom], I won’t be able to sleep!”

While the other members cowered in fear, Xiumin attempted to placate the moth into submission, saying, “I’m sorry. Come here, I’ll only hit you once.”

Unfortunately, however, the moth proved too fast to catch, and the members were ultimately forced to give up their quest. Xiumin confidently reassured the others, “It’ll show up again. When it shows up again, I’ll catch it no matter what.” 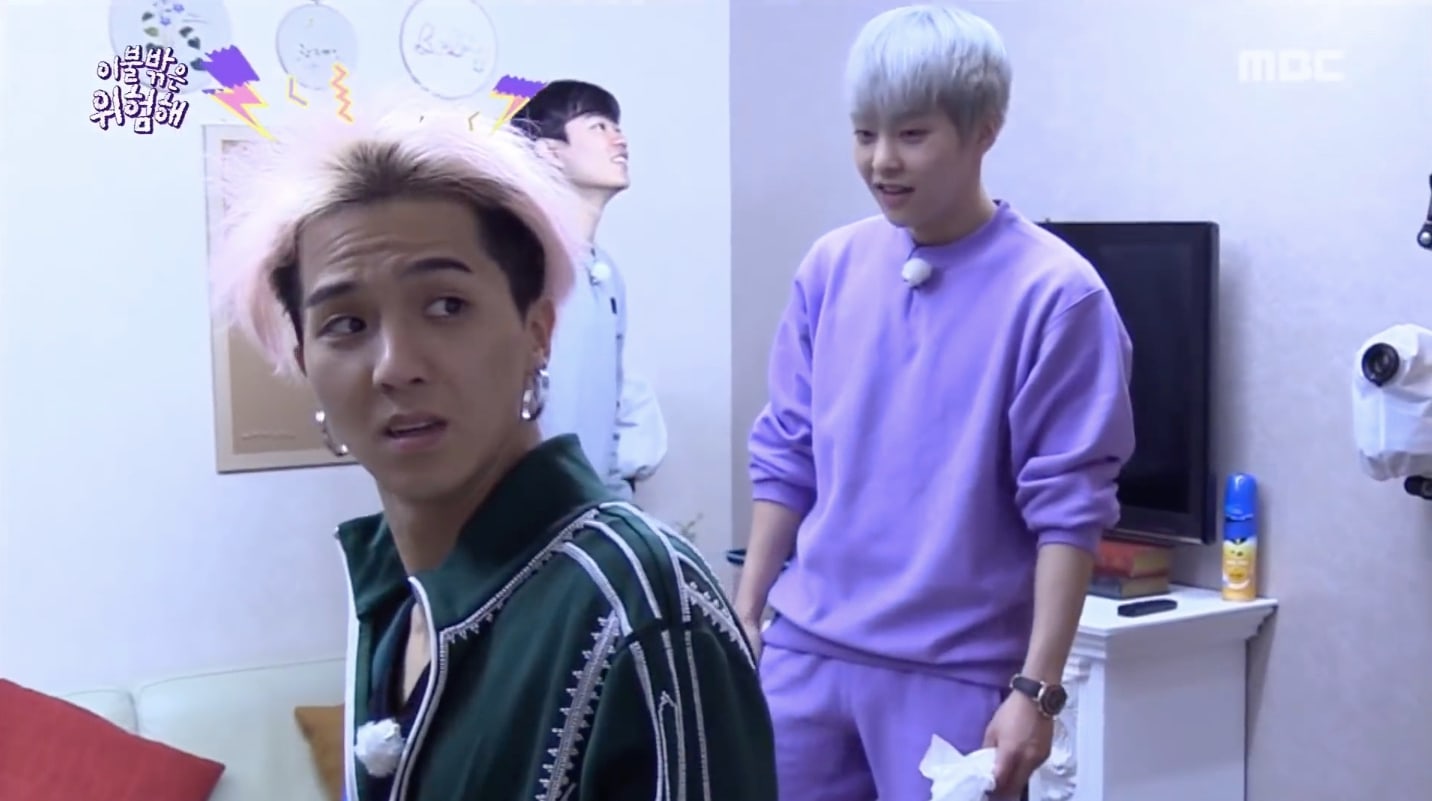 Check out the entertaining clip below!

You can also watch the full episode of “It’s Dangerous Beyond the Blankets” here: