During the show, the MCs asked Umji about her friendship with Sunmi and how they got close. Umji said, “I gave her a handwritten letter and she posted it on her social media.” She explained, “In a news interview on my birthday, the reporter asked me who I would want to get a happy birthday message from and I chose Sunmi. I didn’t expect anything but she remembered and posted a birthday message and a photo of her thumb on social media.”

The MCs then asked Umji if she could dance to Sunmi’s popular song “Gashina,” and after a slight moment of hesitation, she flawlessly danced to the chorus part of the song. 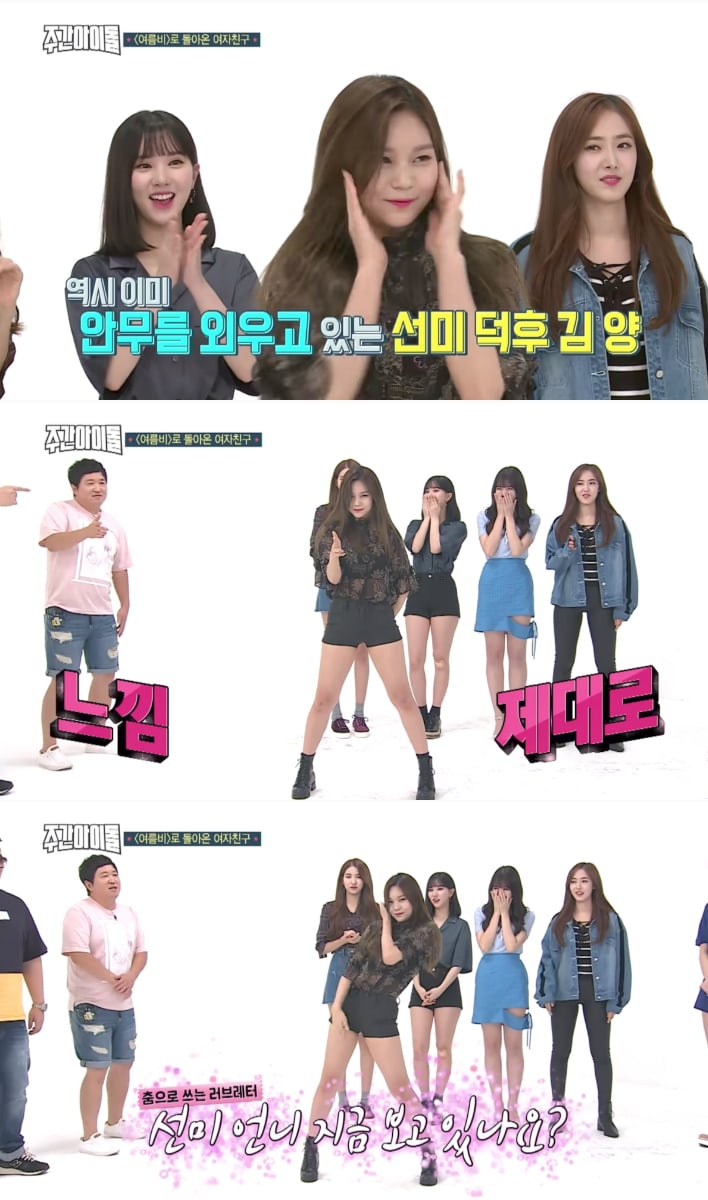 After watching Umji, the MCs then commented they wanted to see Eunha’s sexy “Gashina” dance, alluding to GFRIEND’s previous episode where Eunha hilariously failed to show sexiness. Eunha talked about her previous sexy dance and refused, but soon gave in. She showed her cute “Gashina” moves and made everyone laugh. 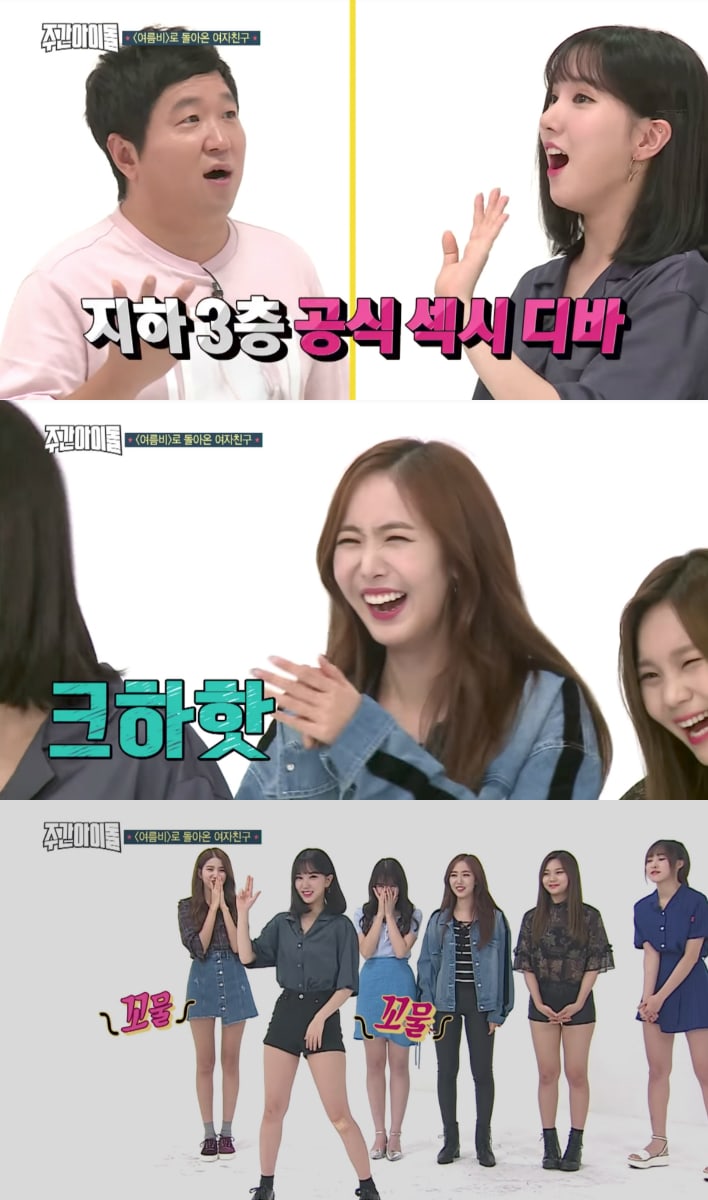 Watch them dance to “Gashina” below!