tvN’s Saturday-Sunday drama “Revolutionary Love” came to an end with the airing of episode 16 on December 3.

In a video, leads Gong Myung, Kang Sora, and Choi Siwon commented on their drama coming to an end. 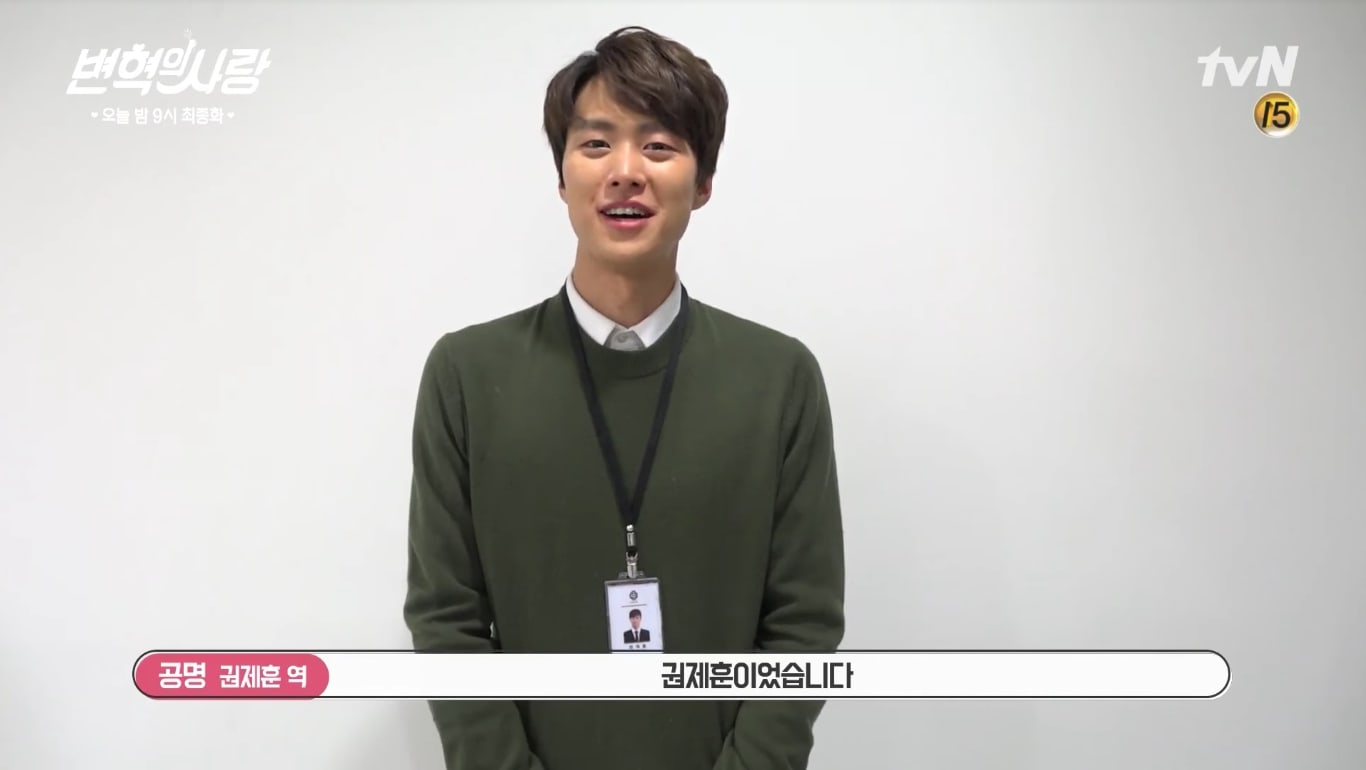 In another statement released by his agency, Fantagio Entertainment, Gong Myung added, “‘Revolutionary Love’ was a drama that marked the end of 2017 and presented a new acting challenge for me. I was happy and nervous to act out the character Kwon Jae Hoon and am thankful to everyone who loved Kwon Jae Hoon.” 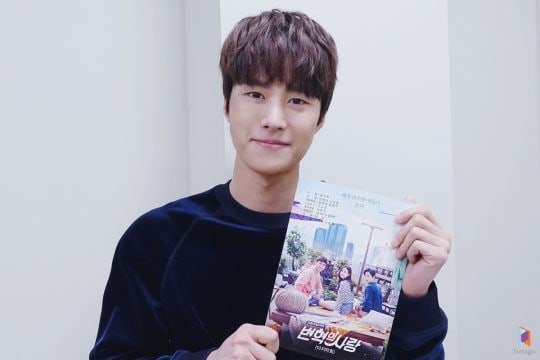 Kang Sora commented, “Sixteen episodes finally came to an end. First and foremost, thank you to the viewers who watched Byun Hyuk, Kwon Jae Hoon, and my ‘Revolutionary Love’ family members. Because of the viewers, I was able to do my best. I have a lot of affection for my character Baek Joon. She is someone who is stronger and more strong-willed than I am, so she felt like a reliable older sister to me. Now that I have to say farewell to her, it feels bittersweet to think about who I will have to rely on now. I don’t know how I will meet you again, but please be healthy and happy. I will see you again with another name and character next time. Thank you.” 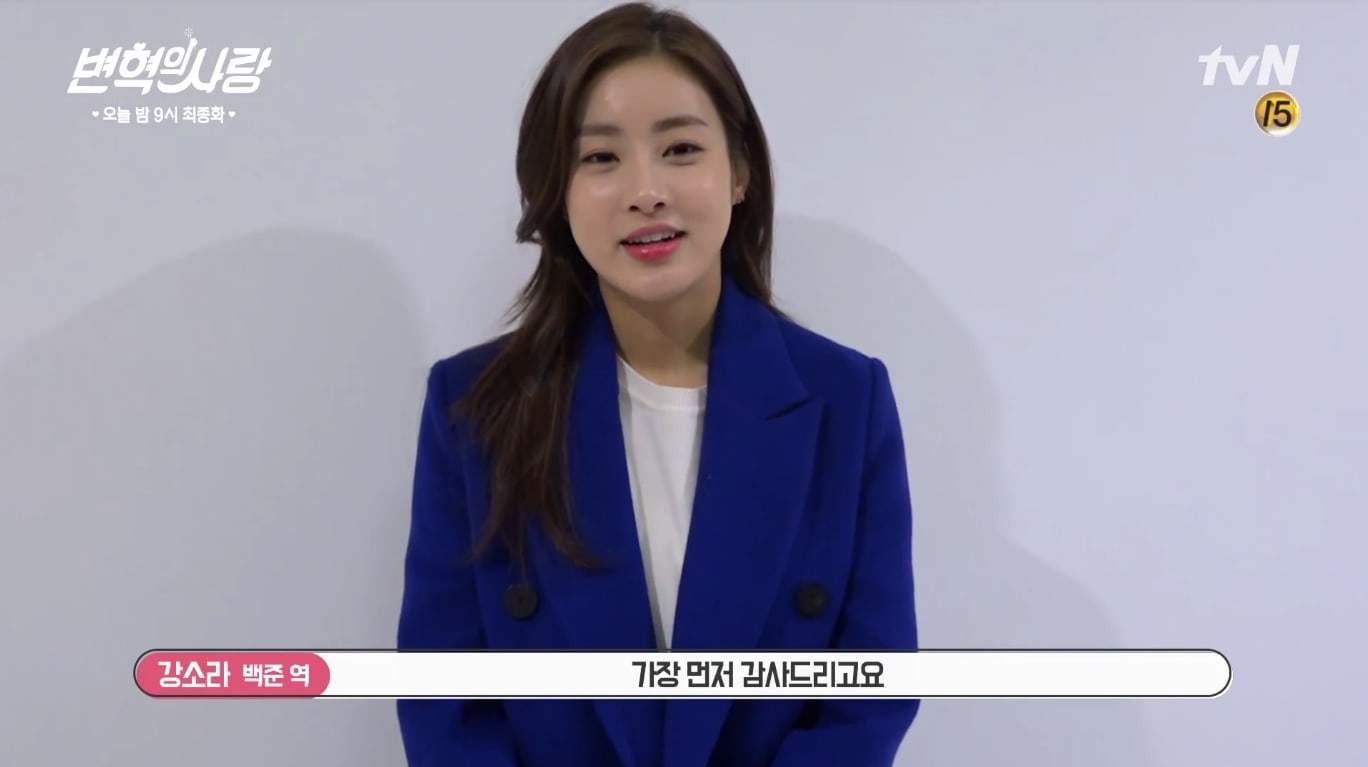 Super Junior member and actor Choi Siwon also expressed his gratitude and well wishes to the viewers. “Hello viewers. How are you? It’s Choi Siwon, who played Byun Hyuk. Thank you so much for loving my inadequacies and loving ‘Revolutionary Love.’ To director Song Hyung Wook, writer Joo Hyun, and all the actors: you really worked hard and tried your best until the end of ‘Revolutionary Love.’ I was so happy and think of it as a great honor to have been able to work with all of you. I hope all of you will end 2017 well. I pray for your good health in 2018 and hope that you will accomplish everything you hope for. Thank you.” 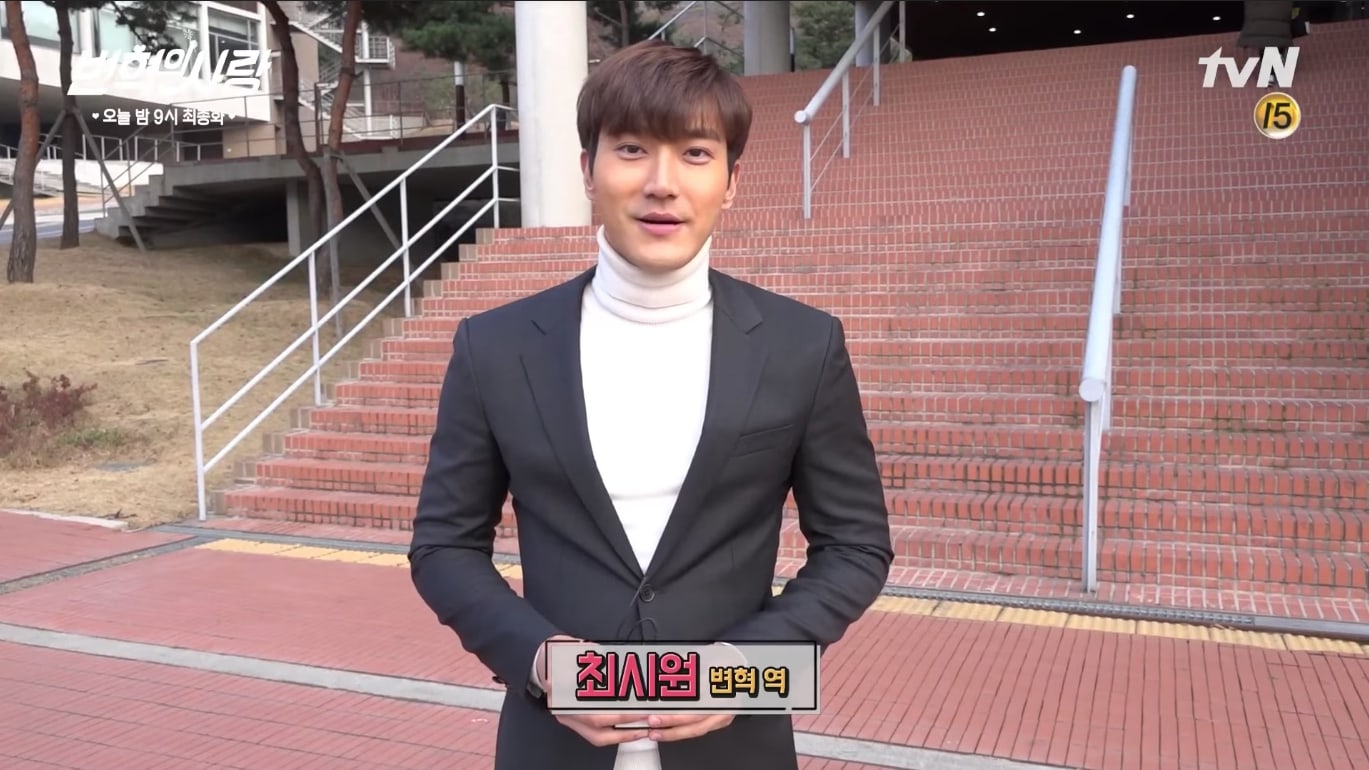 Watch the video of the cast’s final commentary below!