On the most recent episode of “Celebrity Bromance,” GOT7’s Jackson and MONSTA X’s Jooheon visit Eungbong Mountain to enjoy a night view of Seoul. Jackson wants to go rock climbing at first, but is persuaded by Jooheon’s recommendation with night view photos of the mountain.

After the strenuous hike up the mountain, the guys talk about taking a date to see the view. Jackson then surprises Jooheon with his confession, “I have a girlfriend.” Jooheon is so shocked he rips off his hat and demands to know who it is. 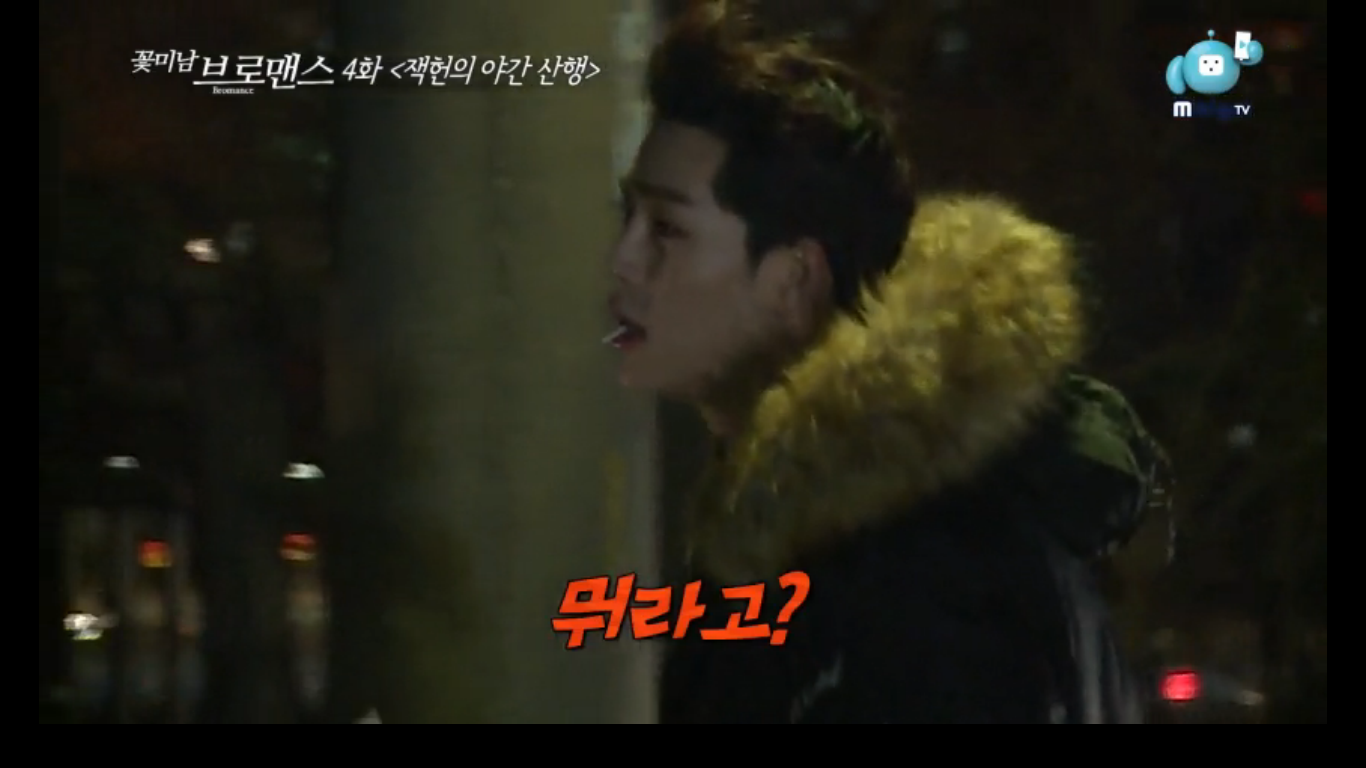 The boys later come across a suspension bridge. Jooheon suggests the loser of a game of “rock, paper, scissors” will have to cross that bridge.

Jackson reacts differently from his normal cool personality. He is actually afraid, confessing, “I’ve been traumatized by watching too many accident videos.”

Jooheon becomes even more playful at the sight of a very scared Jackson.

Watch the episode below with English subtitles!