The upcoming episode of Mnet’s “Stray Kids” will feature a couple of special mentors!

A preview clip of the episode shows GOT7’s JB and Jinyoung paying a surprise visit to the trainees. They take some time to show their support and give advice. 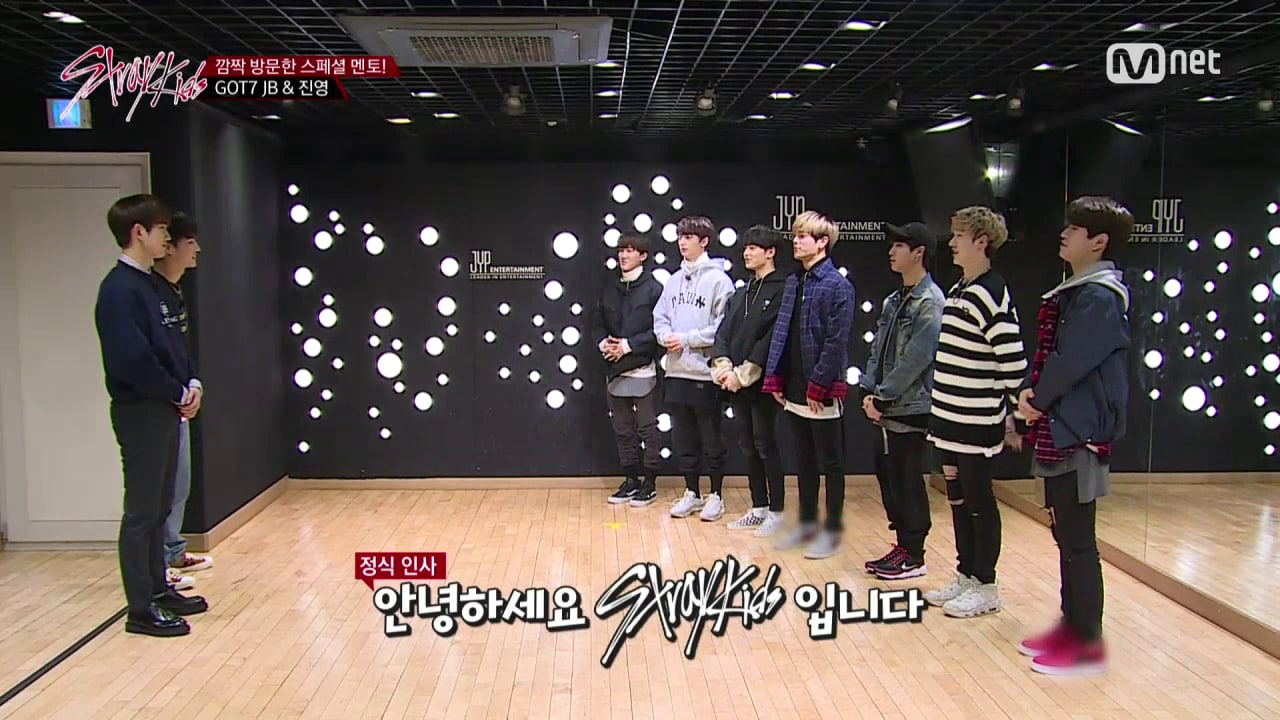 As the Stray Kids have to perform live for the final mission, leader Bang Chan asks about tips on what to focus on for a live broadcast. Jinyoung advises them to not overthink the concept of a live broadcast, because many people tend to get ahead of the beat when they do so.

While Jinyoung is speaking, Hwang Hyunjin seems to be looking at him in awe. Jinyoung also notices a staff with a sign, letting him know that he is Hwang Hyunjin’s role model.

When JB asks Hwang Hyunjin to confirm, he shyly nods as the other members laugh at his nervousness. 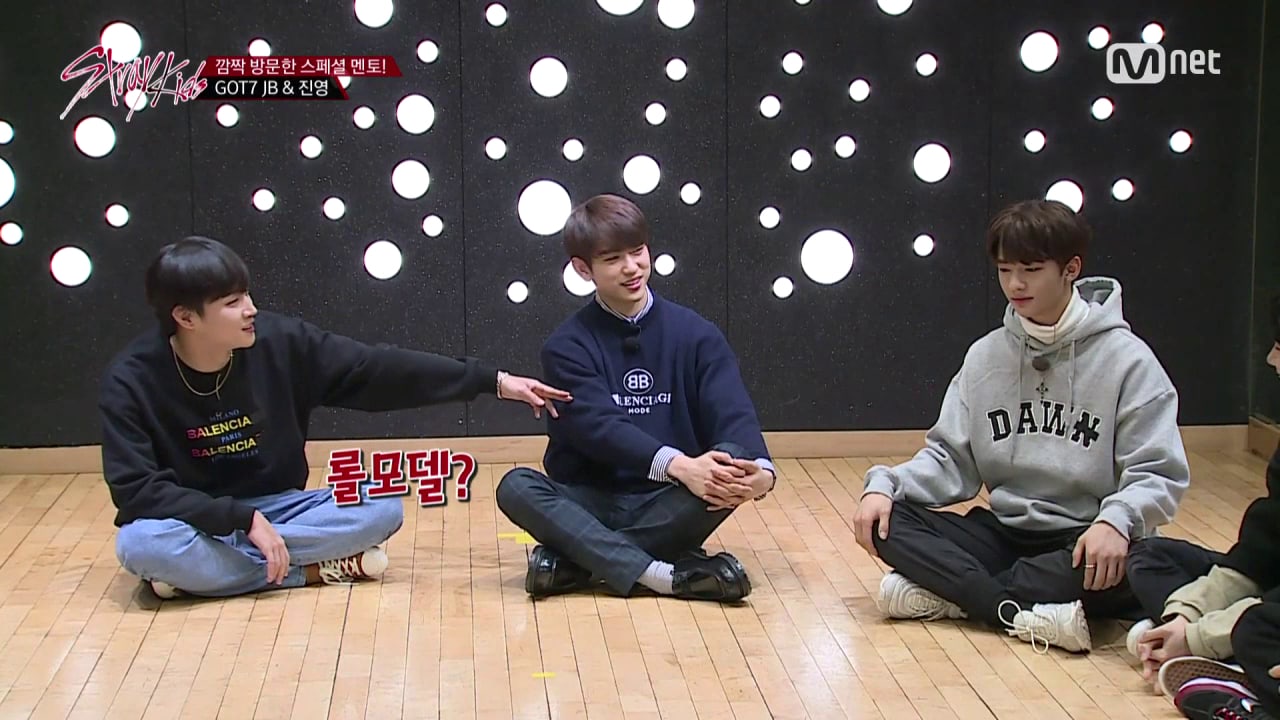 He is asked for his reasoning, to which he responds, “First of all, he is good at singing, but he is also good at dancing, and he is good at acting, as well.” JB tries to get a different answer out of him, but he assures, “No, really. He was so cool.” 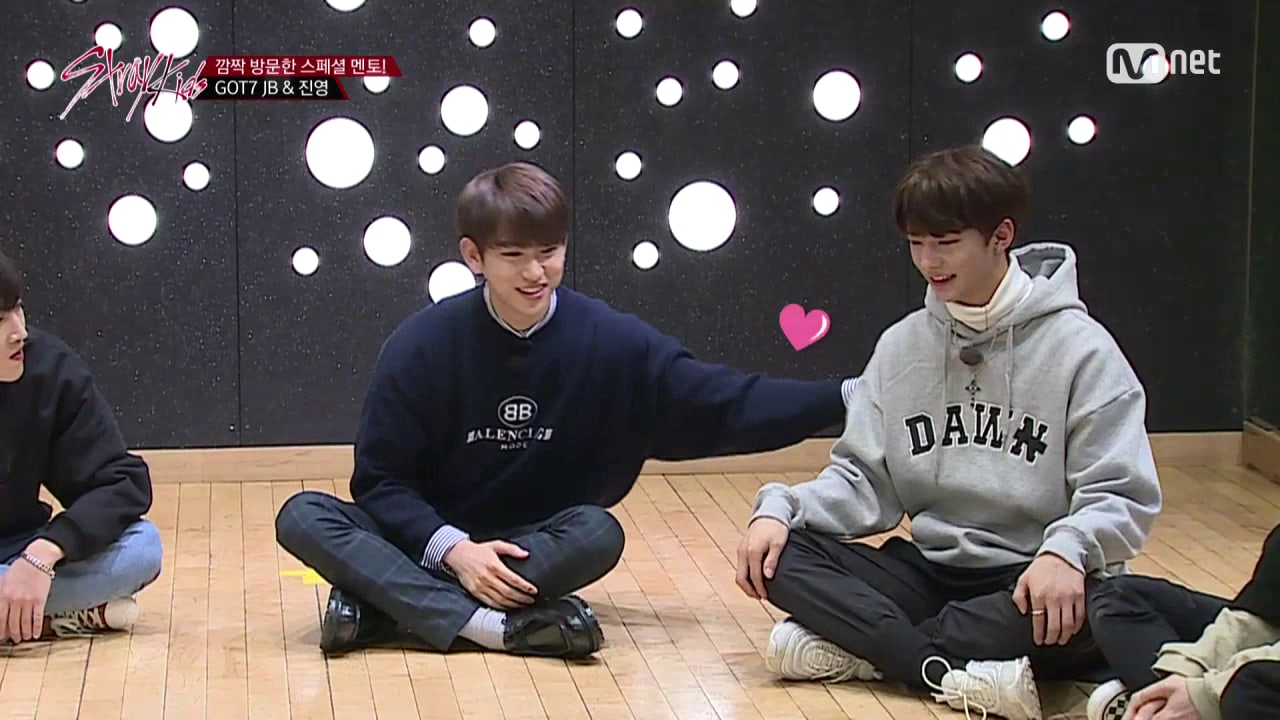 JB suggests that Jinyoung buy him a meal, and Hwang Hyunjin shakes his head, but Jinyoung smiles and says, “Let’s eat together next time.” 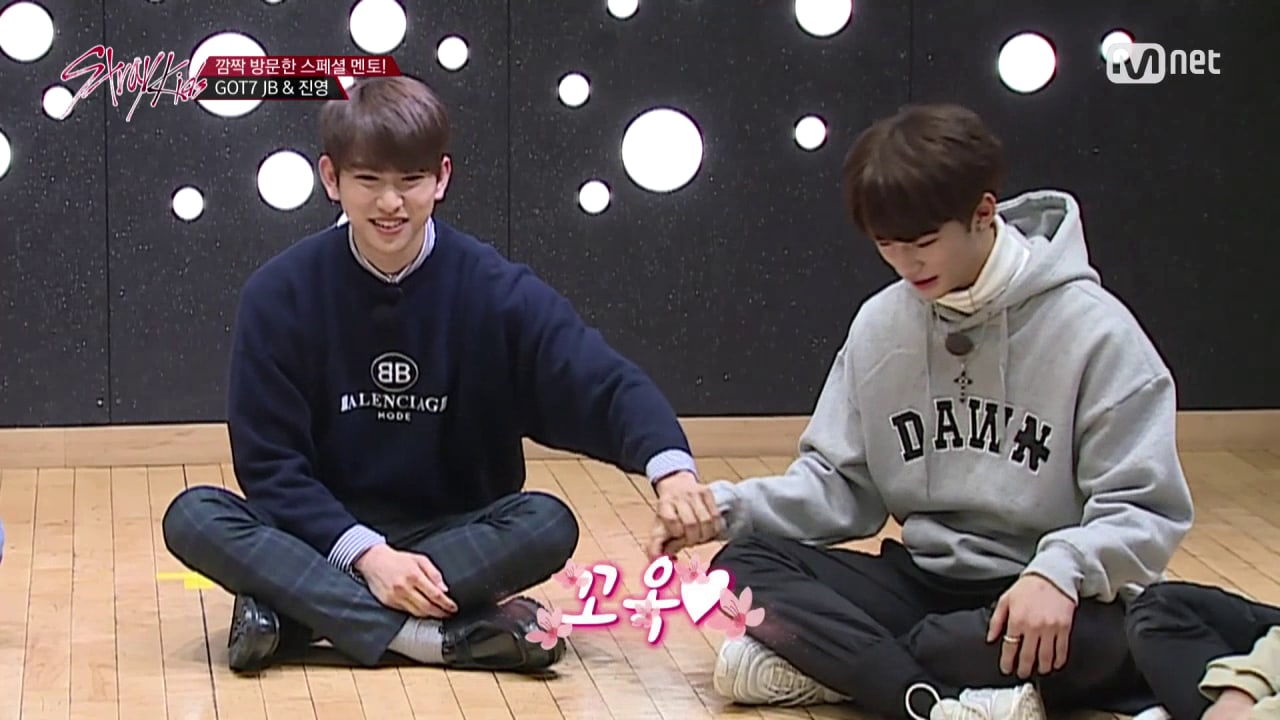 They also talk about Bang Chan being scared of JB when they were trainees together. JB explains that Bang Chan and BamBam were so young and the time, which made it hard to become really close with them, and Bang Chan confesses that they fooled around a lot. 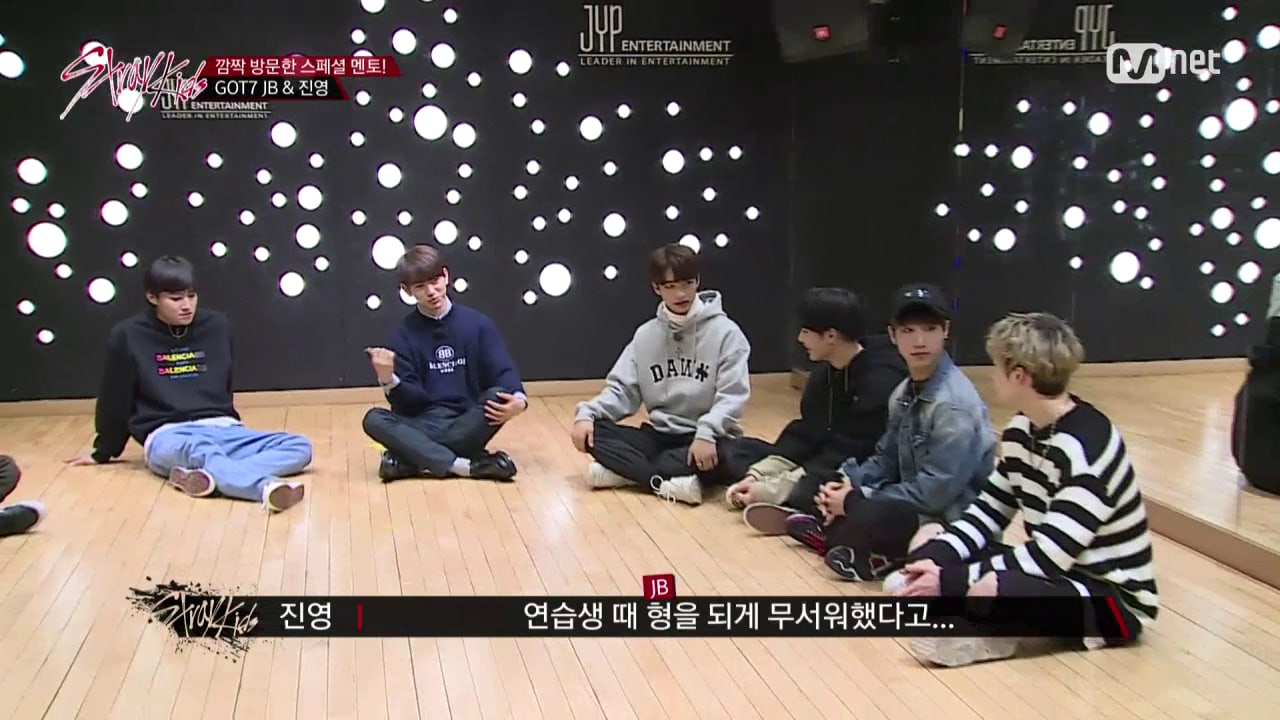 JB also advises Bang Chan that a leader doesn’t have to do well in everything but should be careful to make less mistakes in actions. 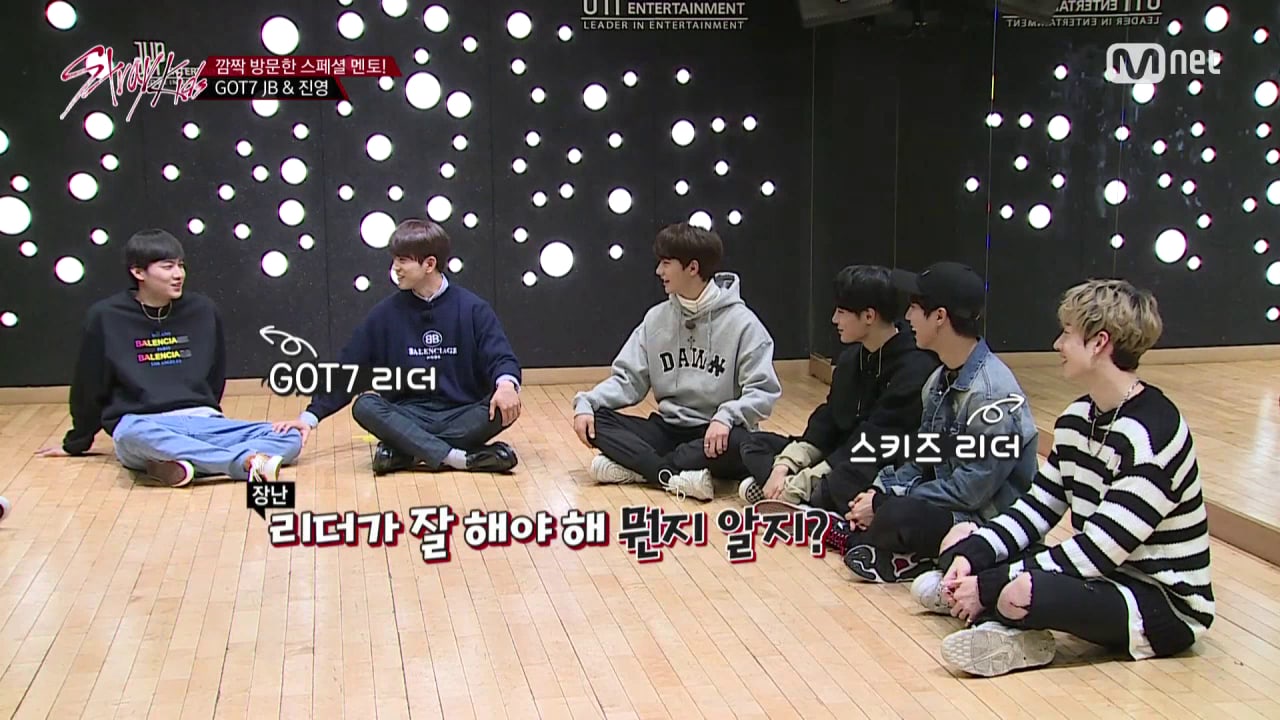 The clip ends as the Stray Kids are about to perform in front of them, which will be revealed on the upcoming episode airing on December 12 at 11 p.m. KST.