Watch: gugudan’s Kim Sejeong Surprises A Lucky Fan With A Ride To School

gugudan member Kim Sejeong surprised a fan with a morning call in a recent video by Dingo Studio.

At 8 a.m. KST, Kim Sejeong called one of her fans in order to wake him up for school with her sweet voice and aegyo (cuteness), by pretending to be one of his college classmates. Kim Sejeong gave him a huge hint by also singing a small part of gugudan’s latest track “Chococo,” then knocked on his door. Confused and excited, the fan opened the door, only to see Kim Sejeong right in front of him!

Shocked, he ran back to his room embarrassed by his bedhead and pajamas. Kim Sejeong laughed and told him she would be waiting for him so he should get ready for school. He soon came down and got in her van to go to school. He commented, “Wow, who knew going to school could be this joyful?!” 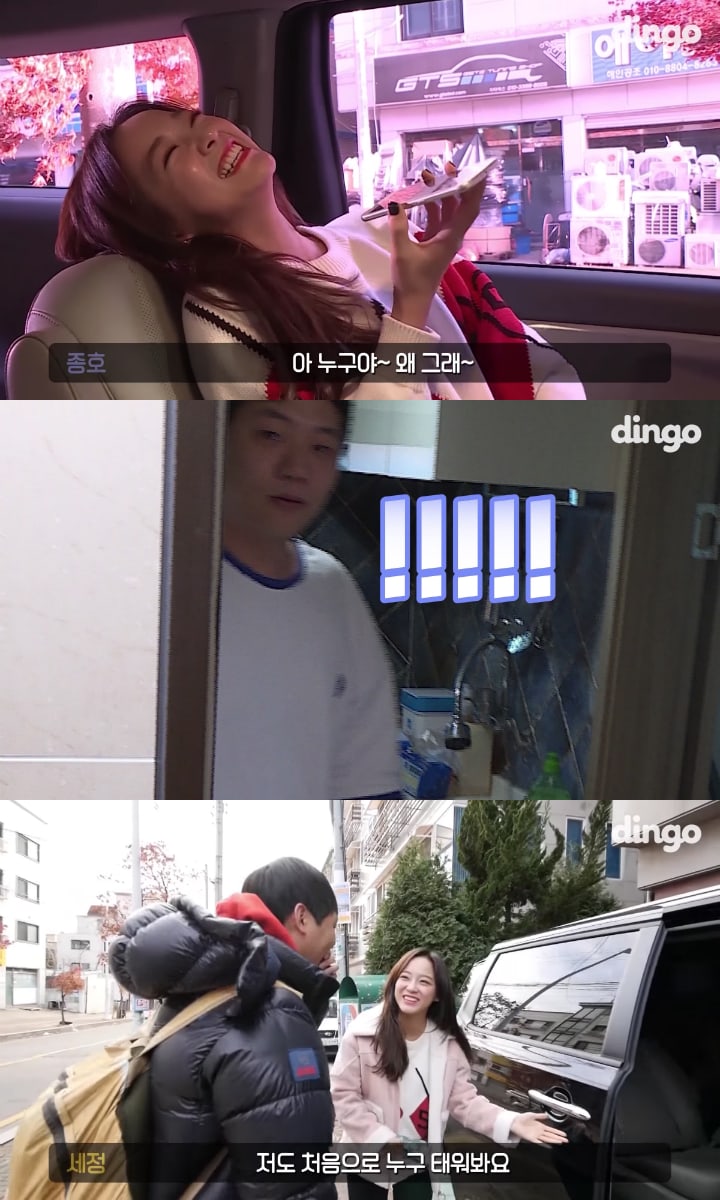 In the van, Kim Sejeong said, “At first when I saw that you weren’t that surprised, I thought that maybe you weren’t that big of a fan,” to which he shyly shook his head no. Then, he asked Kim Sejeong to reenact a cute scene from her latest drama, KBS’s “School 2017.” After watching her, he thanked the singer and said, “I think I can spend this dreary December very happily. Thank you so much. I can’t believe this is happening.”

The gugudan member asked him if there were any songs he wanted her to sing, and he requested IU’s “Autumn Morning.” Before singing, Kim Sejeong revealed, “I’m so nervous. This is the first time I’m singing for someone in a car,” then sang the beginning part of IU’s song.

Right before they arrived at his school, Kim Sejeong fed him a piece of chocolate and gave him a handwritten letter with a self-drawn portrait of him as well. She walked him to the main gate of the school, waved goodbye, then ran back to hand him a hotpack to keep his hands warm. 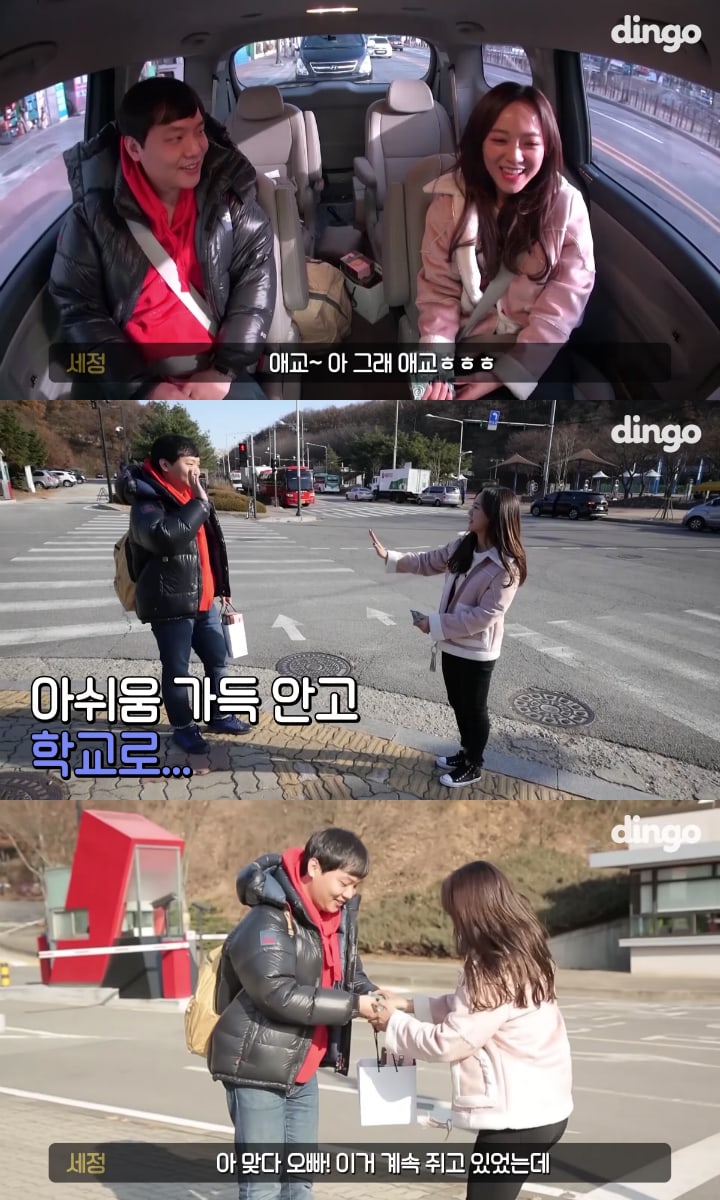 Watch the fun surprise below!