Watch: Haha and Byul Show Off Their Harmony as They Sing Beautiful Love Songs on “Infinite Challenge”

Haha definitely made the right choice by recruiting his wife Byul as his partner for the “Wedding Singer” mission on “Infinite Challenge”!

On April 2’s episode of the show, the couple tries to figure out what song they should perform at a fan’s wedding. Haha is set on performing a reggae track, and tries to convince Byul to get on board with his favorite genre. Byul laughs, but says to him, “This time, try to let go of your feeling that you have to make people laugh. I think it’d be good if we did this seriously.” 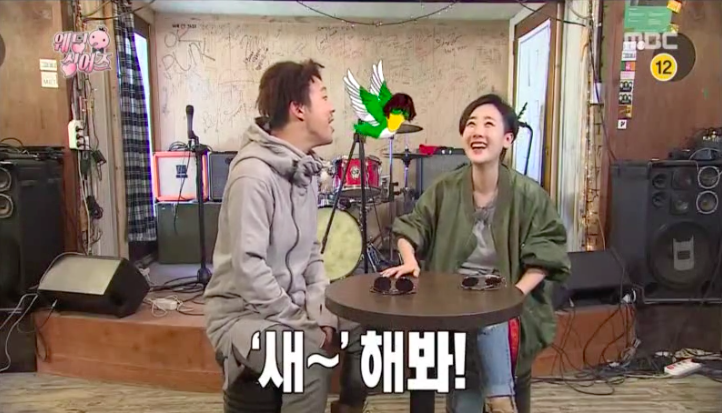 Byul suggests that they try out the track that Sung Si Kyung had suggested for Haha, Deulgukhwa’s “Everyday With You.” Although Haha gets jealous over the familiar way that she says Sung Si Kyung’s name, they decide to give it a shot.

As they sing, Byul helps Haha out with some of the high notes, but although it’s a beautiful rendition of the track, they worry that it seems too much like a lullaby.

Next, they try Kim Gun Mo’s “Only You,” and Haha suggests that they both wear sunglasses to fit with Kim Gun Mo’s signature style.

Listen to the two covers below!

Haha and Byul also try rehearsing Cool’s “All for You,” and Han Dong Joon’s “Love’s Vow.” Although they love the last song, they joke that they don’t have to decide now, since they can keep rehearsing at home! 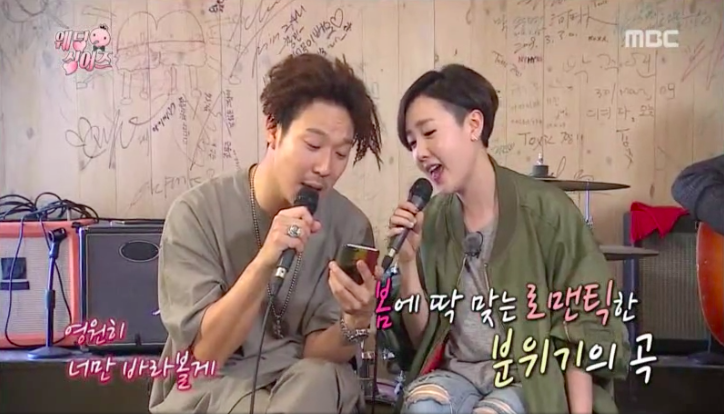 Haha and Byul got married in November of 2012, and have a two-year-old son named Dream. Watch more of them in April 2’s episode of “Infinite Challenge”!