During Highlight’s guest appearance on the May 26 episode of JTBC’s “Idol Room,” Yang Yoseob demonstrated an interesting method to tell his members apart. 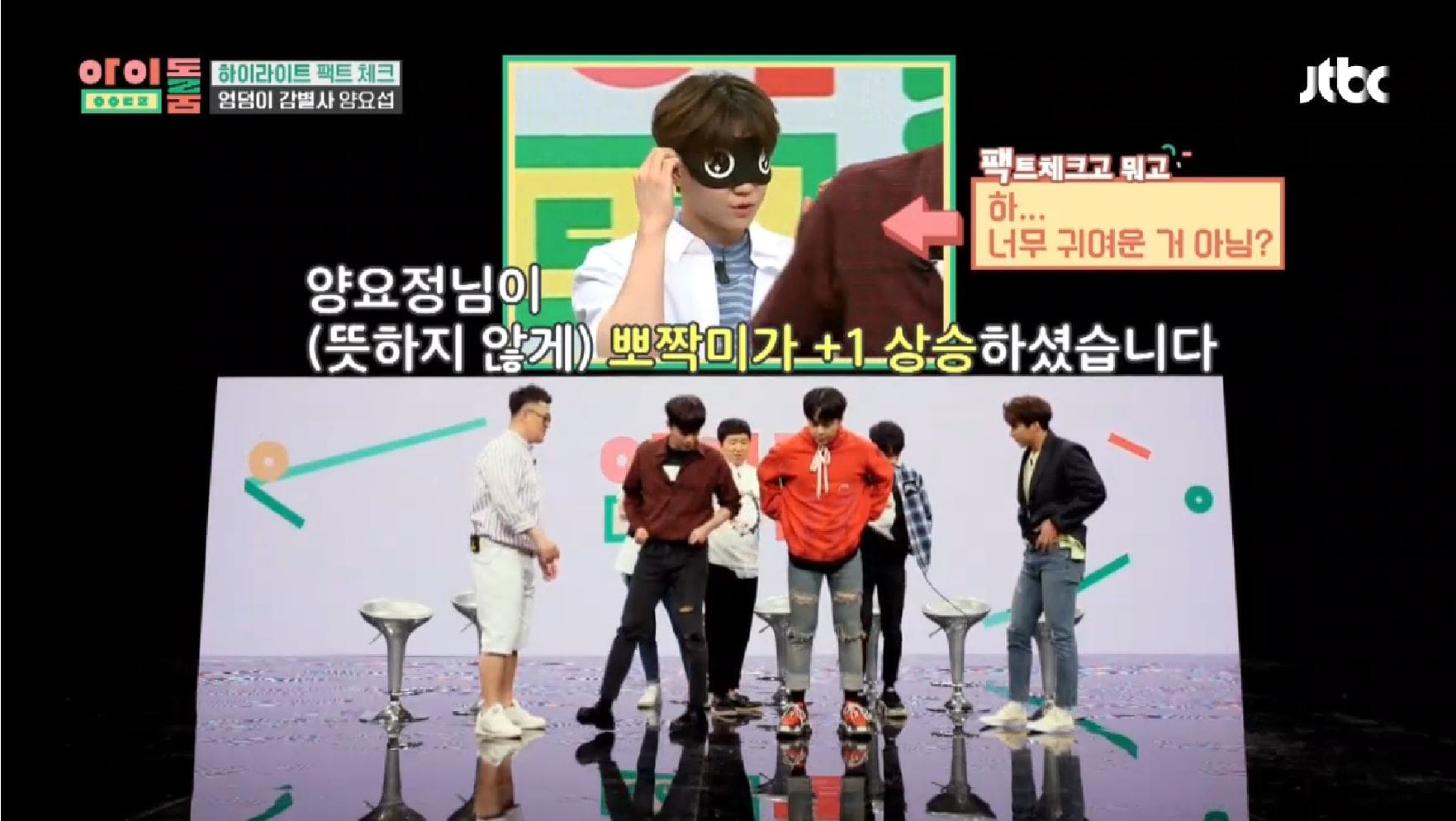 After wearing a blindfold, Yoseob was directed to where his members were standing in line. However, the first in line was actually Jung Hyung Don and not a Highlight member. Yoseob seemed shocked as he patted Jung Hyung Don’s butt, exclaiming, “Oh, what is this? Hey, what is this?!” Yoseob couldn’t hide his surprise as he continued to yell.

The MCs then explained they were going to officially start the test now, and Yoseob asked who the first person had been. They answered Jung Hyung Don, and Yoseob replied, “Oh really? Wow!”

The real test started with Yoon Doojoon. Yoseob patted his butt and asked, “Could you flex once?” He then commented, “It feels like Doojoon’s butt. It has good strength.” Defconn asked about size, to which Yoseob answered, “If it’s this [size], it’s Doojoon.” Doojoon started shaking his butt, which only affirmed Yoseob’s answer. He said, “The movement of his butt shaking is Yoon Doojoon.”

The next person in line was Lee Gikwang. After an initial pat, Yoseob said right away, “This guy, his butt is tight, but smaller than the one before, so it’s Gikwang. The butt is a little smaller.” Yoseob then moved on to Son Dongwoon. After patting his butt, Yoseob remarked, “It’s a little unclear. I’m confused over whether this is Doojoon or Dongwoon.” He then asked Dongwoon to flex, and said, “The butt is a little bigger. It’s Dongwoon.” 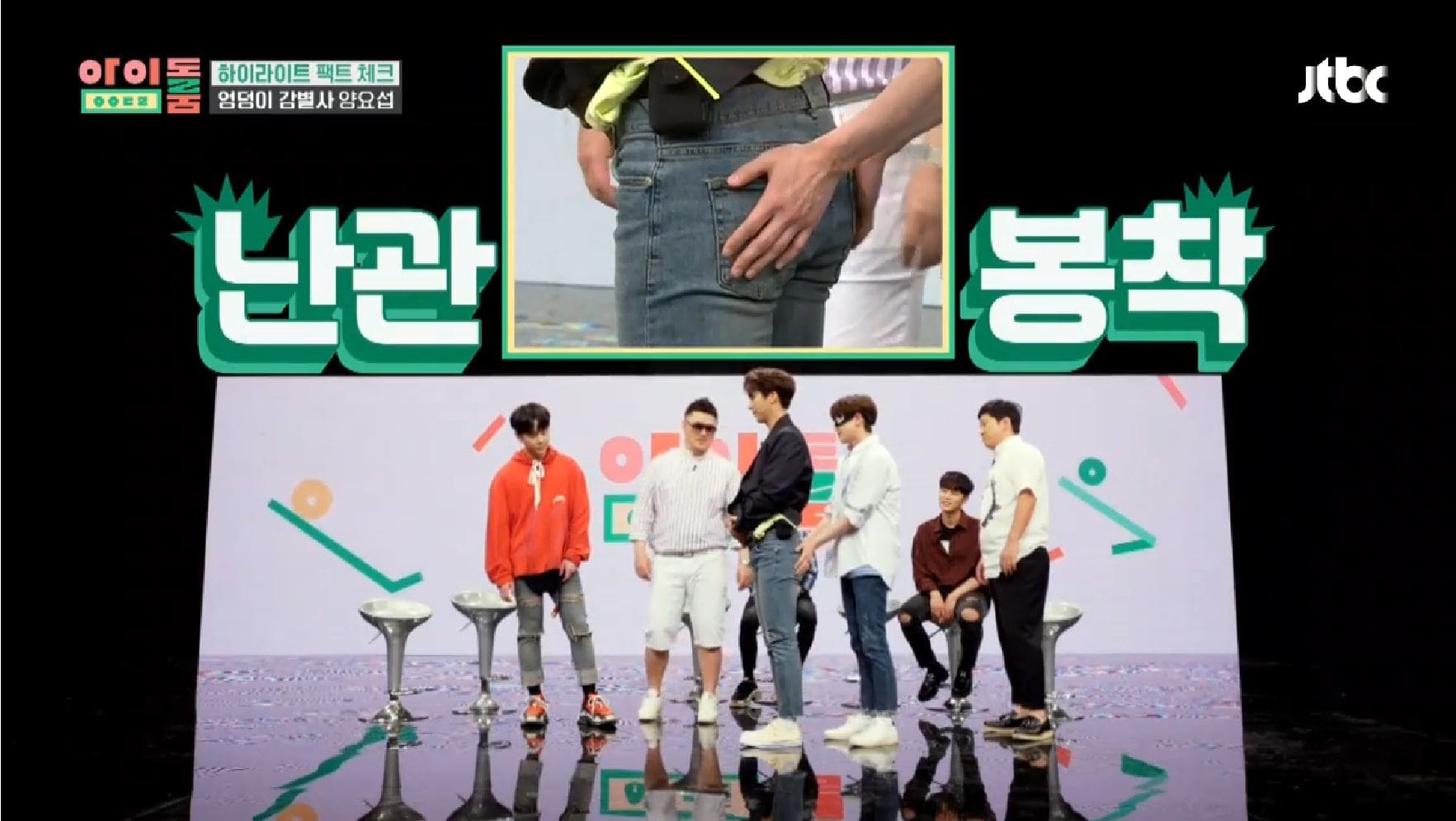 The MCs then tried to interfere again by having Defconn stand in line. Yoseob couldn’t hide his surprise, saying, “Oh, what is this? Why is it so big again?”

Finally, Yong Junhyung was up last. As Yoseob patted his butt, he commented, “Ah, he’s worked out a little.” He asked Junhyung to flex and then relax, causing the MCs to crack up. Yoseob concluded, “Ah, this person seems like Junhyung. Because Junhyung is the only one left.” He then added, “I’m only a little unsure about Doojoon and Dongwoon.”

Watch Yoseob’s successful attempt to identify his members by their butts below!