HyunA models a variety of fun, colorful looks in a new glimpse behind the scenes of her latest release!

The new clip shows HyunA on the set of the whimsical jacket photo shoot for “Lip & Hip,” which she released on December 4 as a special gift for her fans.

“Because I was so thankful [to my fans],” HyunA says in the video, “I decided to promote one more time this year.” 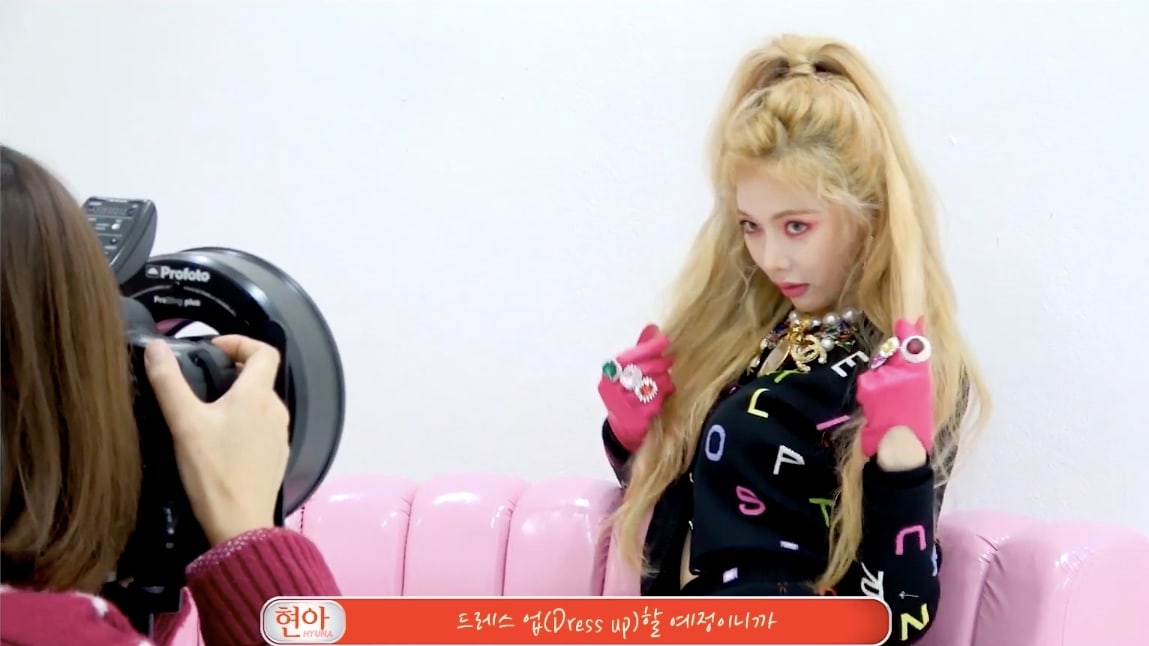 HyunA also shows off the many cute, flashy accessories that she wears in the photo shoot, including a ring that resembles a Ring Pop and an earring that her stylist fashioned out of a bottle opener.

“After the shoot is over, I can use this to drink beer,” she jokes. “There’s even a popping sound in the song, so I think it goes well with the concept.” 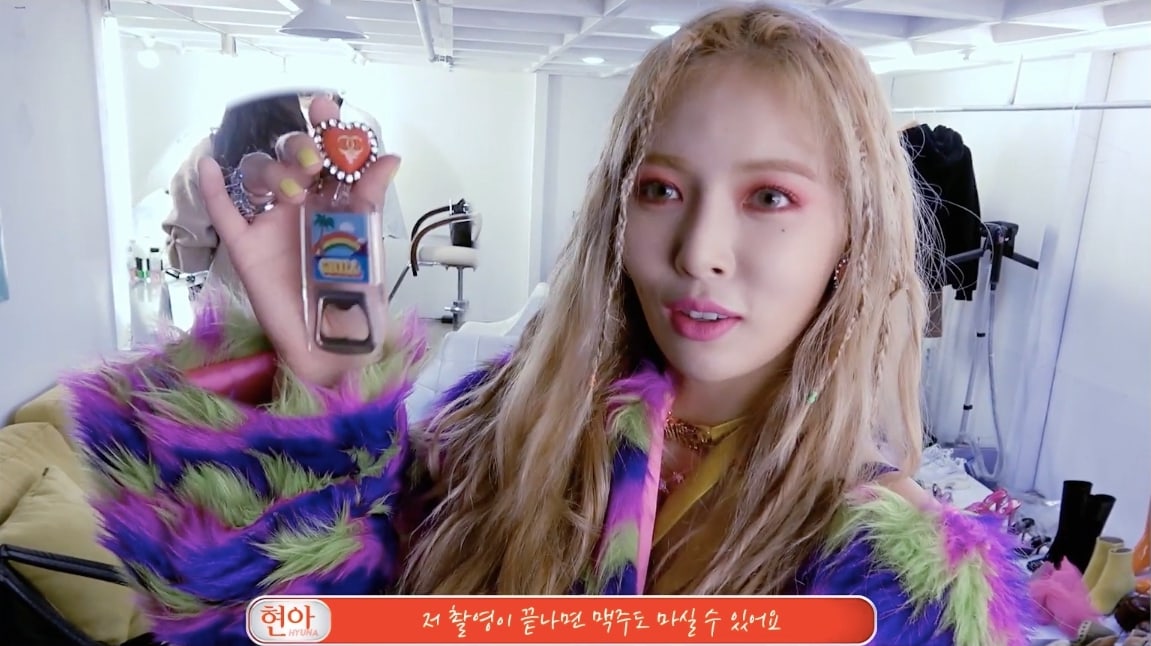 HyunA shares that she enjoyed posing in the many covetable outfits she sports throughout the photo shoot, saying, “Rather than an album photo shoot, it felt like a photo shoot that I wanted to create.”

She went on, “Because it was the first time in a very long time that I did something colorful, my eyes were happy. It was very fun.”