Young fans of iKON’s track “Love Scenario” got to spend a special time together with the group at a sing-along event!

On August 7, footage of the event and an interview with iKON was included on SBS’s “Night of Real Entertainment.”

The entertainment news show previously reported on the popularity of iKON’s “Love Scenario” amongst kindergarteners and elementary school students. At the time, B.I said that the group would have done a kindergarten tour or elementary school tour if they had known how much of a hit it would be with children.

In the end, the group got to hold a sing-along picnic event with their young fans on August 4!

During an interview at the event, B.I explained, “Many young fans liked and loved the song ‘Love Scenario,’ so we prepared this in order to create content to repay them.”

Speaking about the song’s popularity with children, Jinhwan said, “To be honest, it still feels surreal. I wonder what’s going on and think that it’s amazing.” B.I continued, “I’m thankful. I’m really thankful.”

Yunhyeong added, “What’s really amazing is that the kids also sing along to the rap. I thought, ‘Wow. The kids’ levels have really increased.”

At the event, fans of all ages performed their own covers of the song. iKON surprised everyone by joining them on stage towards the end.

The group then performed the beloved song in front of their fans and the audience happily sang along. Children also walked up on stage during iKON’s performance and made the members smile. 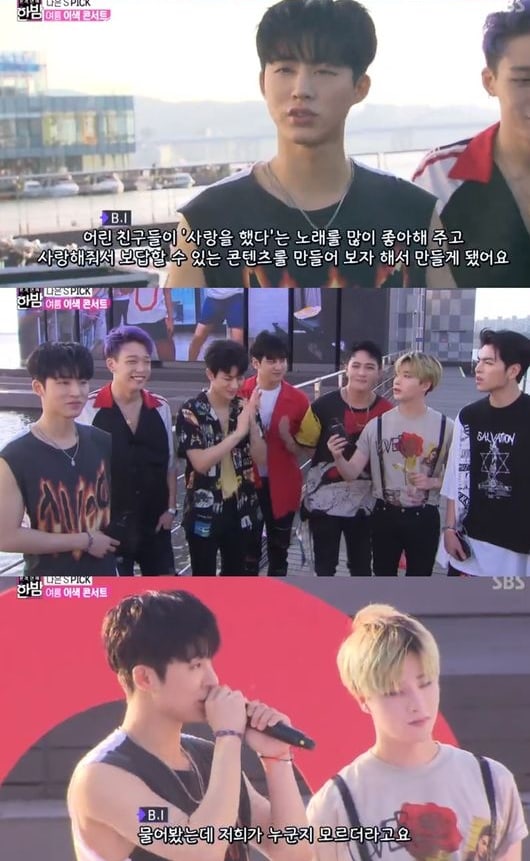 Check out the video of the event below!