Watch: iKON Members Laugh, Cry, And Visit Their Past Lives During A Visit To Hypnosis Center

iKON members revisited their past by undergoing hypnosis on “iKON TV.”

On the May 26 episode, iKON visited a hypnosis center. At the center, the professor explained that in the past, hypnosis was used to see the past life, but now it is more used for calm and psychological stability.

Bobby was the first one to enter the hypnosis room while the other six members watched and listened from a room next door.

The professor told Bobby to close his eyes, relax, and breathe deeply about 10 times. Soon, Bobby was under hypnosis and began to blink his eyes rapidly.

Smiling, Bobby said that he was back in kindergarten said, “It’s funny.” The professor asked him to laugh his heart out and the members watched in awe. Bobby also talked about eating steamed potatoes with his older brother and friends.

Afterwards, the professor told him to create a space in his mind and asked him who he wanted to invite, to which Bobby answered, “My older brother.”

In an interview, Bobby explained that his older brother recently became a father and thinks that it may be the reason why he thought of his brother. Bobby revealed that he wanted to tell his brother not to worry and that the words he wanted to hear the most from him were, “Thank you.”

During his interview, Bobby explained, “The words ‘You worked hard’; I don’t know. I think it’s touching to hear it from my brother.” 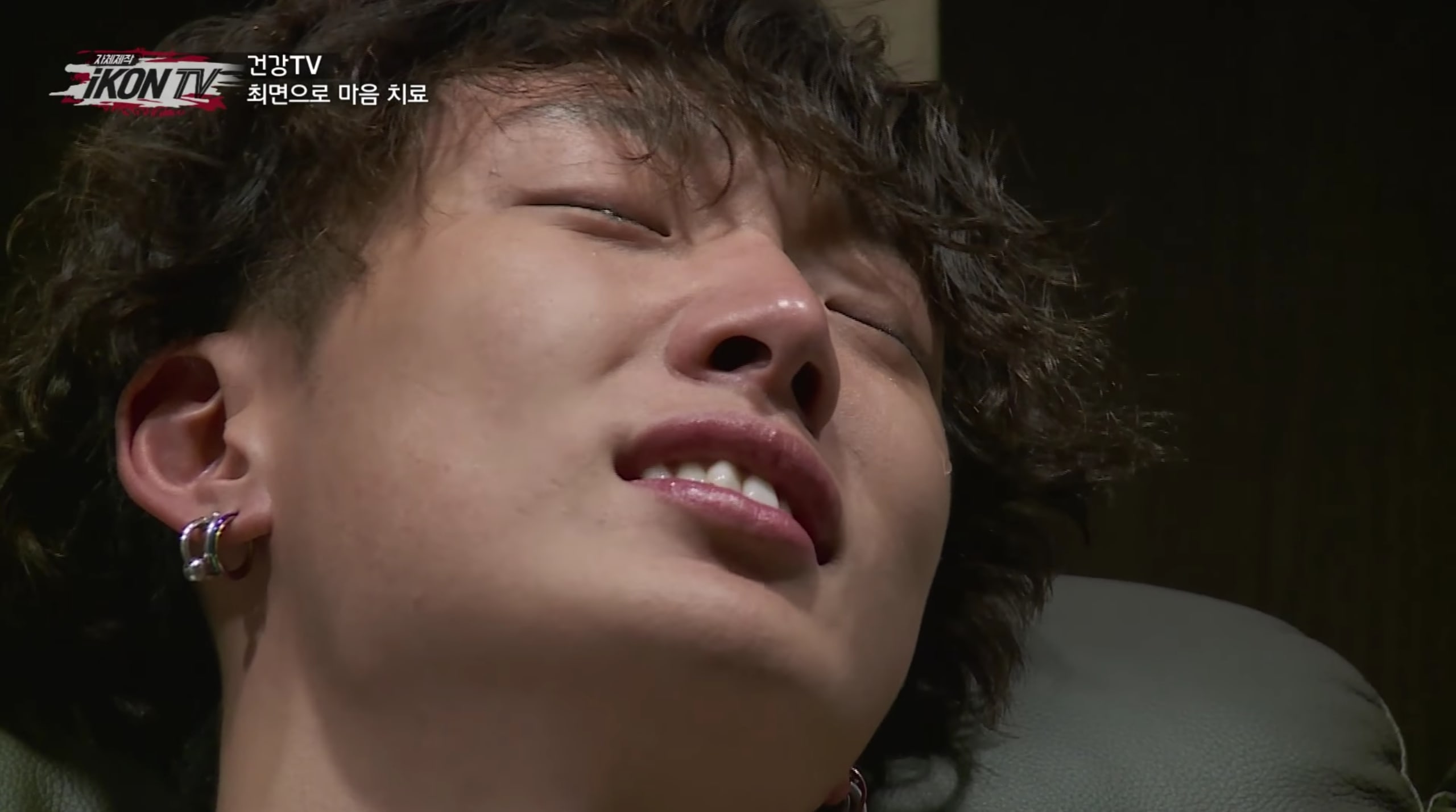 Donghyuk was the second member to become hypnotized. While watching, Bobby said, “I hope he meets his dad,” and B.I added, “He’s going to sob,” referring to how Donghyuk’s father passed away when he was young.

The professor told Donghyuk to go back in time to the past, to the time where the person he wanted to see the most was there. Donghyuk began to cry and the other members watching him also became emotional.

Donghyuk talked about making Lego blocks with his dad. He added that his dad looked sad and told him that he was sorry.

The professor concluded, “To that person who you miss and love, make a pledge that you will appear confident.” With that, he woke up from the hypnosis and wiped his tears away with a smile. 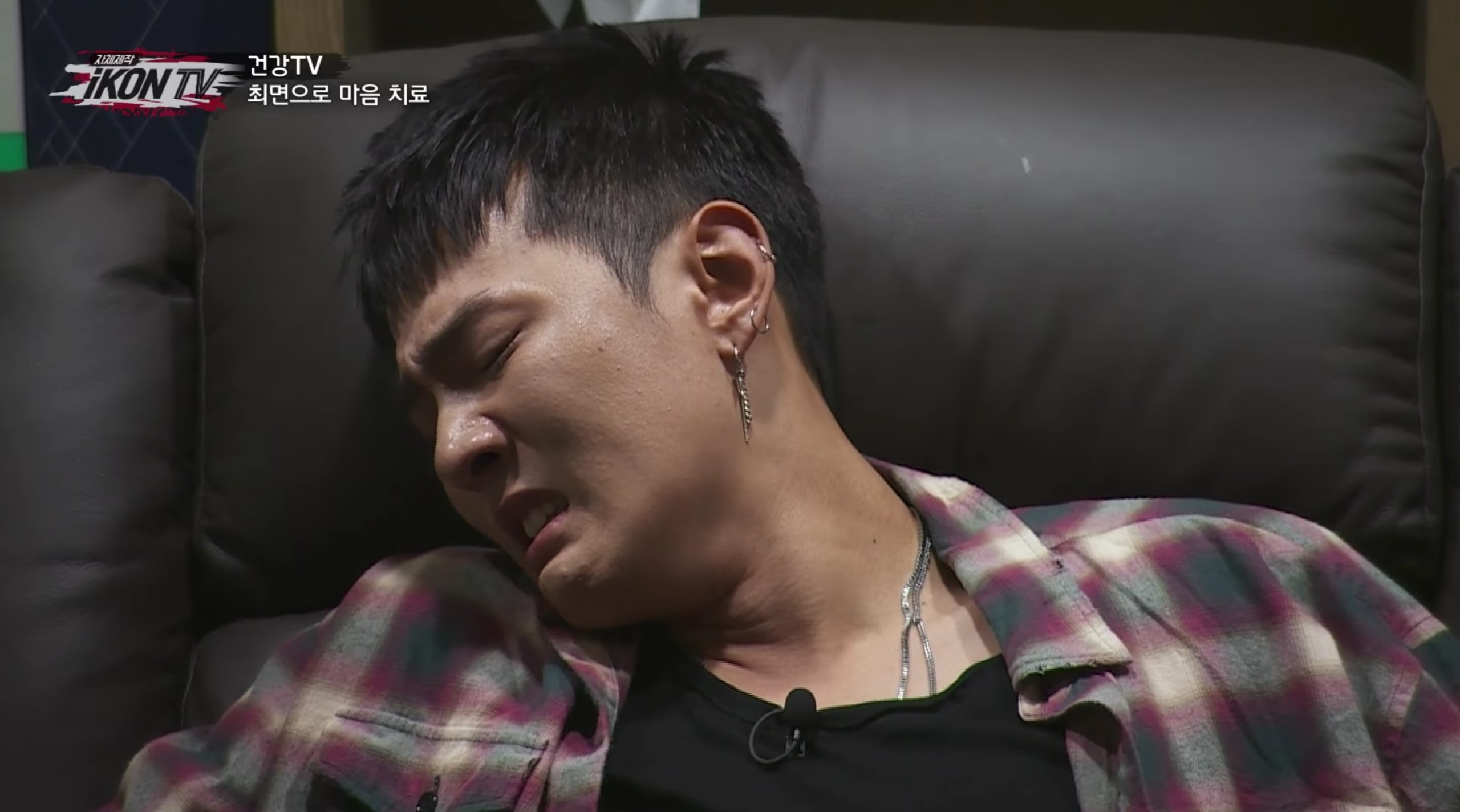 Unlike the other members, B.I and Yunhyeong wanted to explore their past lives. B.I explained that he was wearing a bamboo hat, drawing, and that he had no job or home. However, he lived in the mountains and felt free. On the other hand, Yunhyeong described his home as a palace and himself as a prince. He added that he was with a girl who was wearing a dress and guessed that they may be getting married. 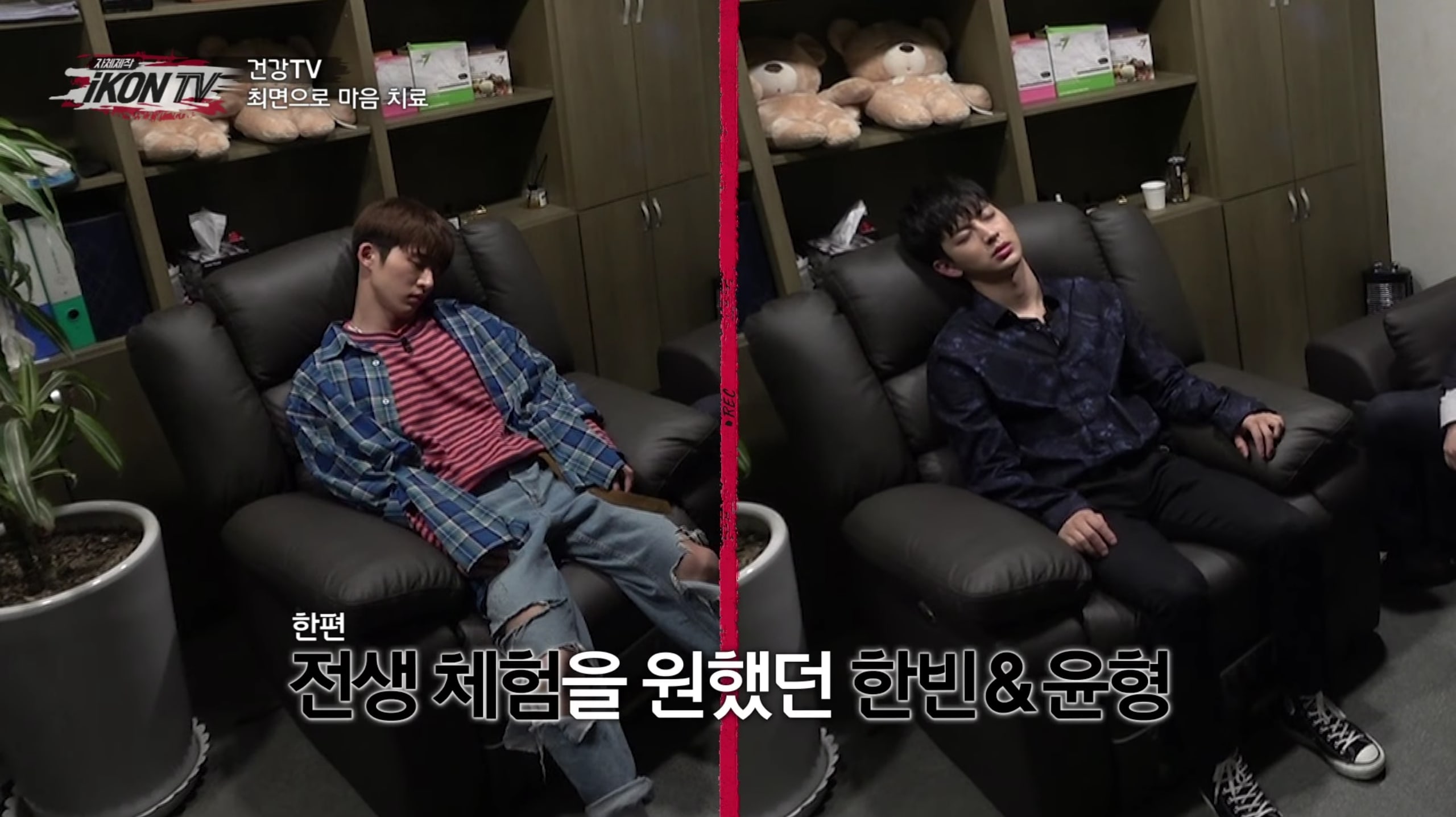 Jinhwan was the final member to become hypnotized. He couldn’t speak very well when asked about his most difficult memory and explained that he was at the dentist. He described some upsetting memories with his members. Jinhwan said, “My throat hurts and I can’t swallow food. The members ate tacos. I’m annoyed. I could have ground it up and eat it too.”

He also revealed, “Sometimes, I wish they knew that I’m a hyung. I think they think of me as a friend.” Jinhwan said that the words he wanted to hear from the members were, “Thank you, hyung.” When asked what he wanted to say to his fellow members, Jinhwan began to cry. He stated, “Guys, I’ll be an upright [person].”

During his interview, Bobby said, “iKON exists because of Jinhwan. Really. Deep within our minds, if you ask all of the members, he’s a hyung. He really is the oldest brother and everyone probably thinks this way.”