Watch: IU Gets 2nd Win With “Through The Night” On “Show Champion,” Performances By EXID, MONSTA X, GFRIEND, And More

On the April 12 episode of “Show Champion,” IU took her second music show win with “Through the Night,” beating out Girl’s Day’s “I’ll Be Yours,” GFRIEND’s “Fingertip,” WINNER’s “Really Really,” and Highlight’s “Plz Don’t Be Sad.” 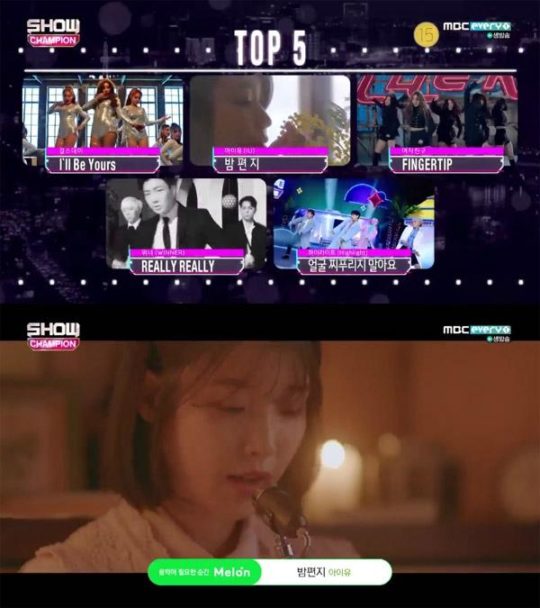 “Through the Night” is one of IU’s pre-release tracks from her upcoming album “Palette” and has already taken a win on “Inkigayo” despite lack of broadcast promotions. As IU was not promoting the track on the show, “Show Champion” played her music video in place of an encore performance.

Watch many of them below!

EXID – “Night Rather Than Day”