On the April 19 episode of MBC’s “Show Champion,” Jung Eun Ji took her second win for her solo comeback “The Spring,” beating out IU’s “Can’t Love You Anymore,” WINNER’s “Really Really,” EXID’s “Night Rather Than Day,” and Taeyeon’s “Make Me Love You.” 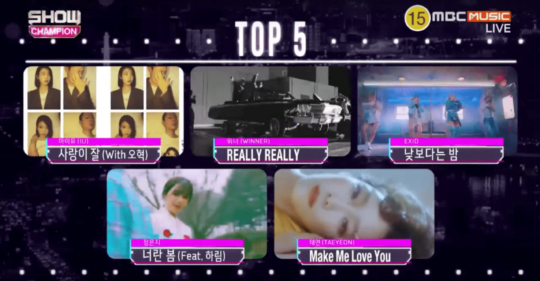 In addition, April 19 was the day of Apink’s sixth debut anniversary, making the win all the more meaningful. In her speech, she thanked her family and fans and expressed surprise at having achieved her second win.

Watch her performance and win below!

Watch many of them below!

EXID – “Night Rather Than Day”

LABOUM – “Be The Light” (comeback performance)