The latest episode of “Stray Kids” ended with a flood of tears as Park Jin Young announced the show’s second elimination.

On the December 5 episode of the survival show, the JYP trainees performed outdoors for the first time as part of their busking mission. In order to evaluate their performance, Park Jin Young asked 2PM’s Jun.K, Black Eyed Pilseung’s Rado, GOT7’s Yugyeom and BamBam, and DAY6’s Sungjin and Young.K to watch them from the audience.

The trainees immediately spotted labelmate Jun.K in the audience, making them even more nervous about performing live. However, they still managed to impress him and the other singers with their talent and powerful energy.

You can check out their performances of “Hellevator” and “School Life” below, as well as their “YAYAYA” performance here.

Despite putting on a strong performance, the “Stray Kids” trainees faced harsh feedback from producer Park Jin Young, who told them that they all needed to do better in order to debut. After pointing out several of the members’ weaknesses, he announced that the three trainees who were at risk for elimination were Hwang Hyunjin, Kim Woojin, and Felix. 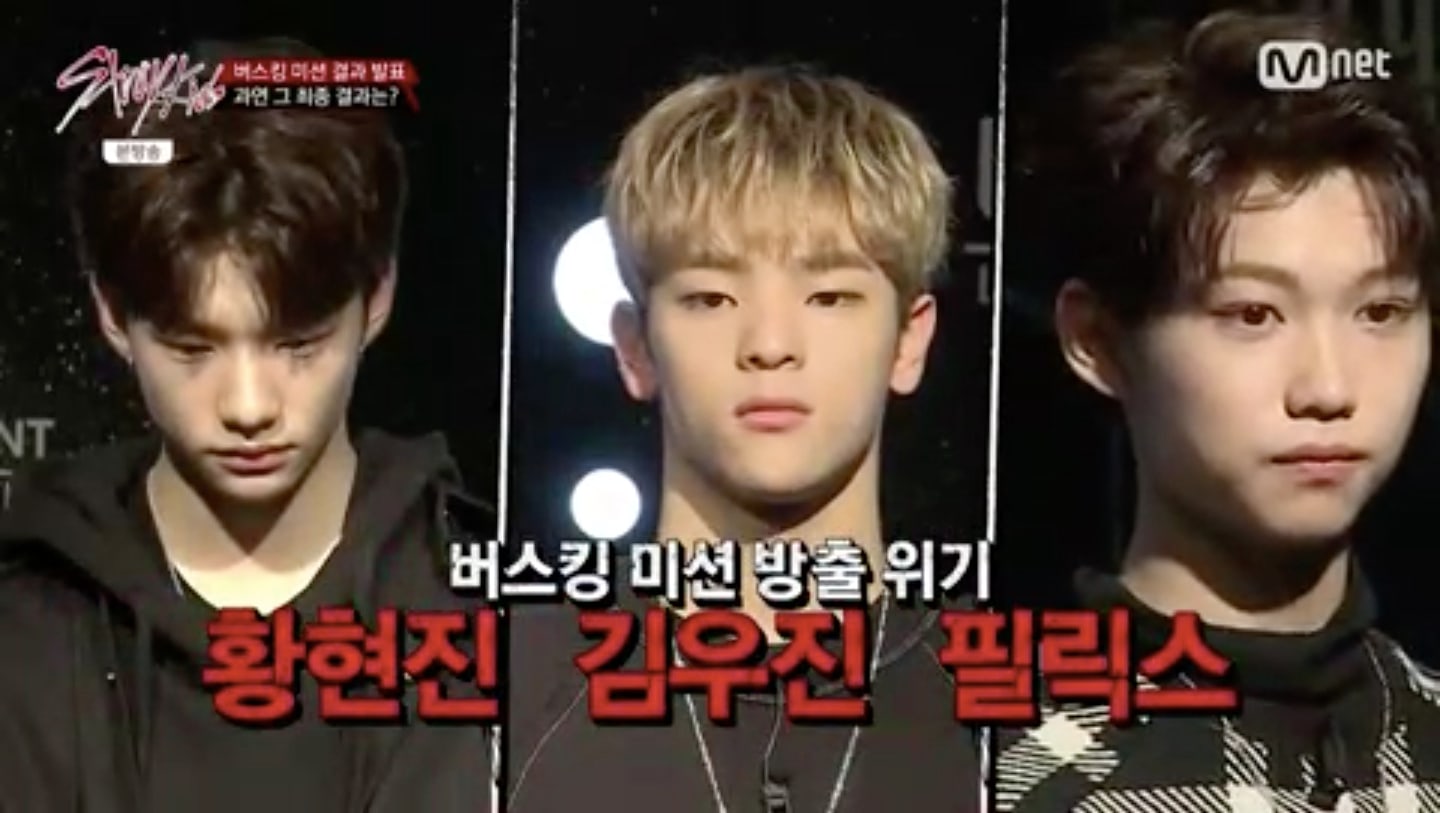 In the end, Felix was chosen as the second member to be eliminated. Park Jin Young explained that the trainee, who moved to Korea less than a year ago, still needed to improve his Korean language skills.

“Felix, your biggest problem right now is simply your Korean,” said the producer. “I think you’ll need some more time in order to be able to deliver your rap lyrics truly convincingly.”

After the announcement, the other trainees burst into tears as they embraced Felix and said their goodbyes. Seo Changbin tearfully expressed his regret at not having been able to help Felix more, while leader Chan promised, “I’m not going to leave you behind.” 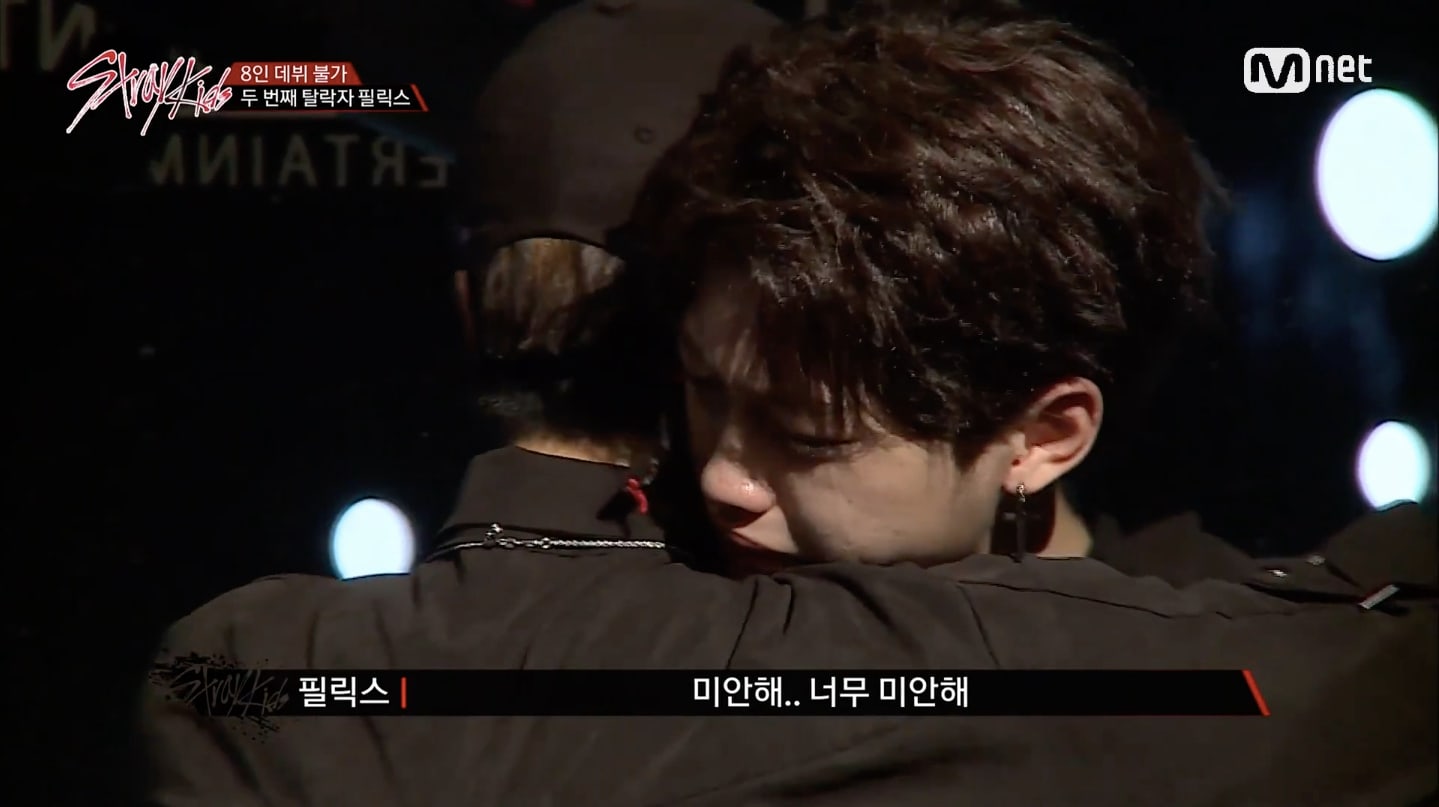 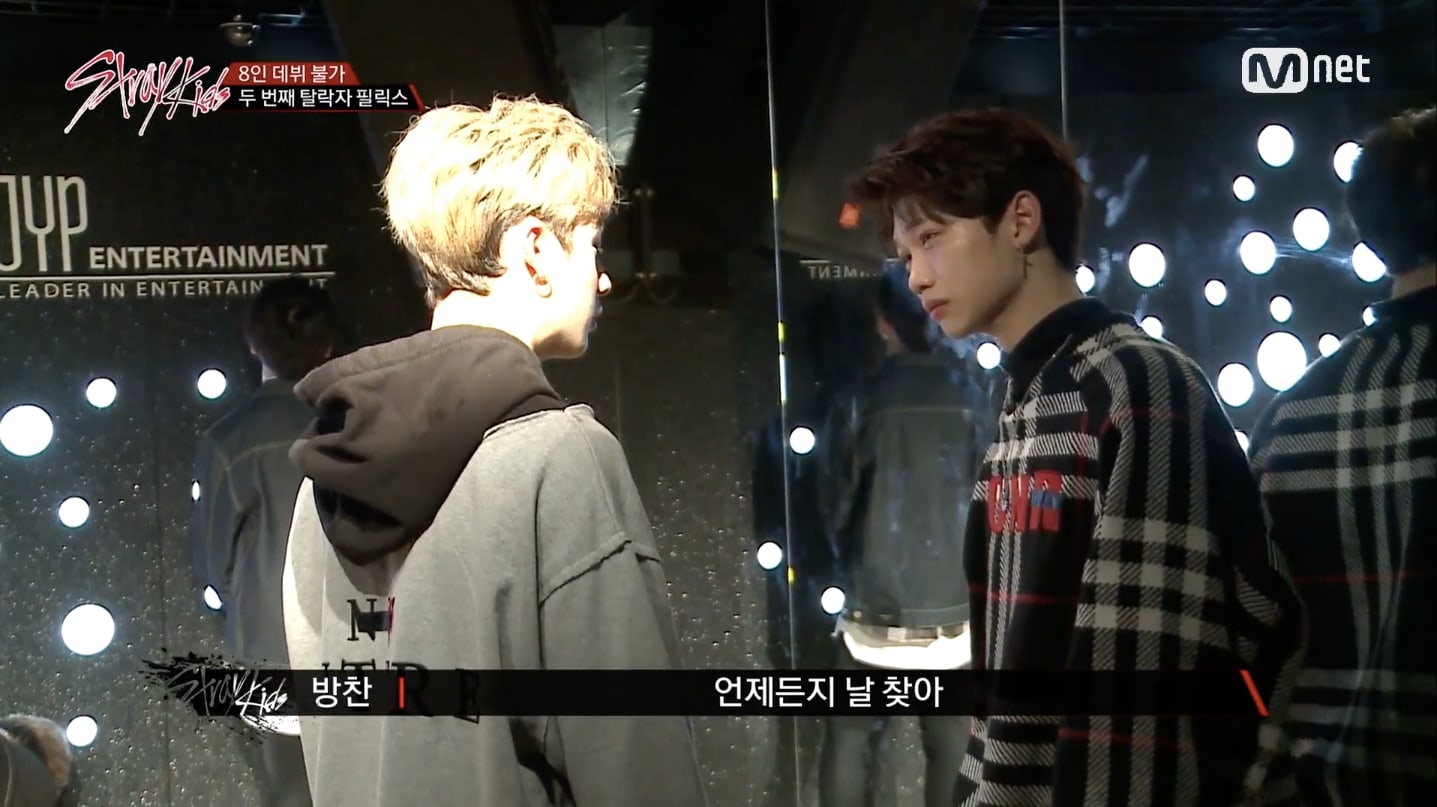 Watch the heartbreaking clip below: