On April 21’s episode of “Happy Together,” young singer Lee Hi is thrilled to have the chance to show her true self with a rare appearance on a variety show.

When host Yoo Jae Suk asks her to give viewers a glimpse of her variety talents, she says she’s prepared voice imitations. “My first one is Jin Goo,” she says, which gets everyone excited because they think she’s going to do an imitation of the popular actor from “Descendants of the Sun.” But she then says, “I really like cartoons.” 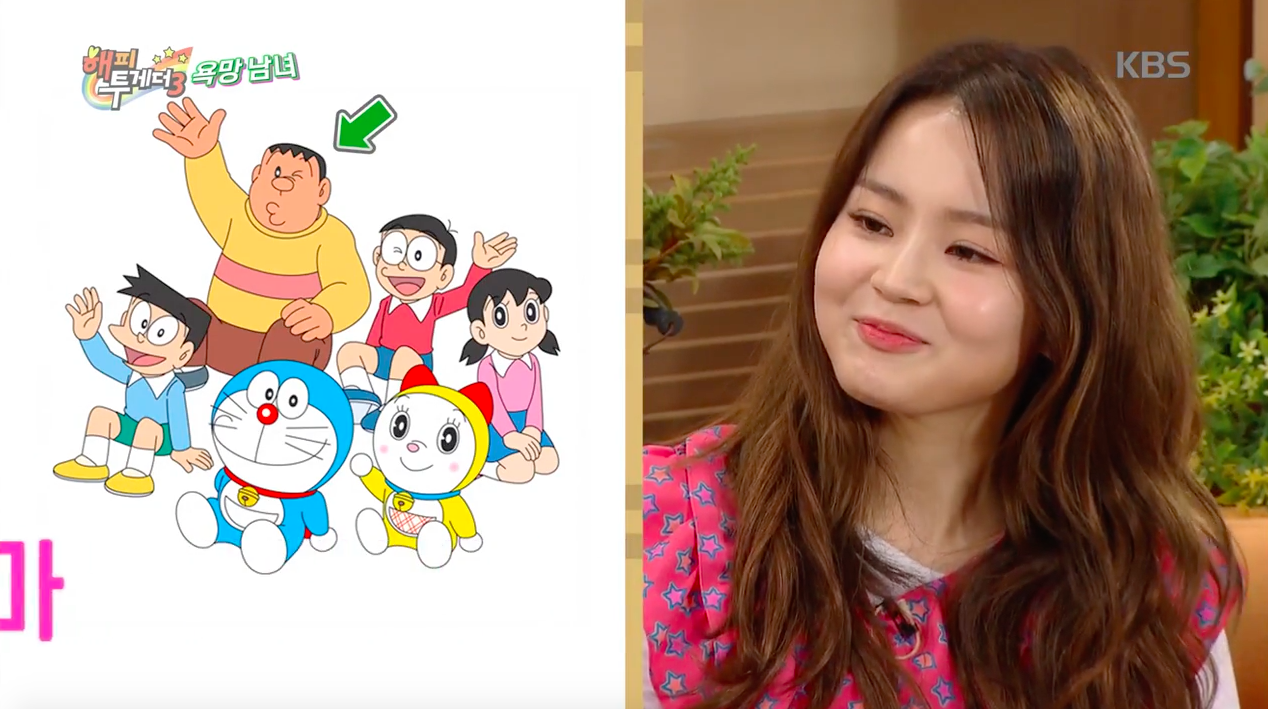 The hosts and other guests realize then that she means the character Jin Goo from the cartoon “Doraemon.” She goes on to explain that she’s going to do an imitation of the mother of one of Jin Goo’s friends on the show, which is met with disappointment. 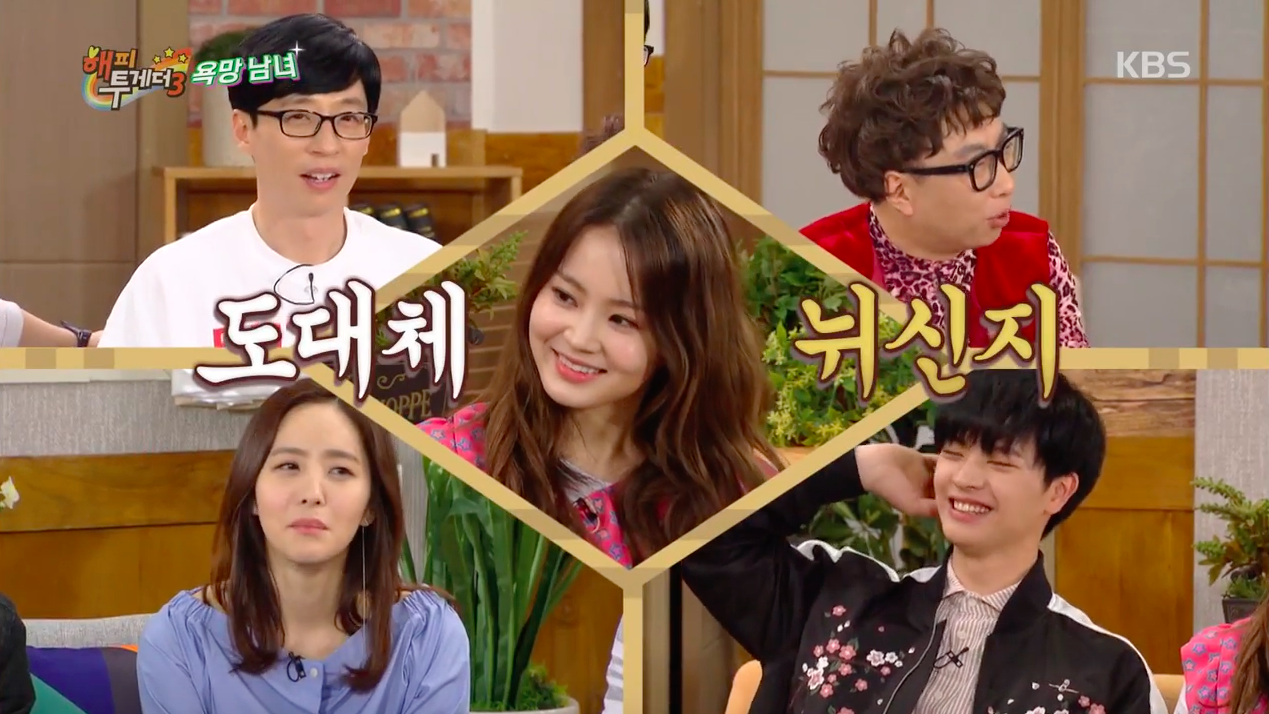 She soldiers on with the imitation, covering her eyes and yelling out the friend’s name in a deep, rough voice. She gets no reaction from anyone except Jo Se Ho, who knows the show, and so she laughs in embarrassment and bends over to hide her face. 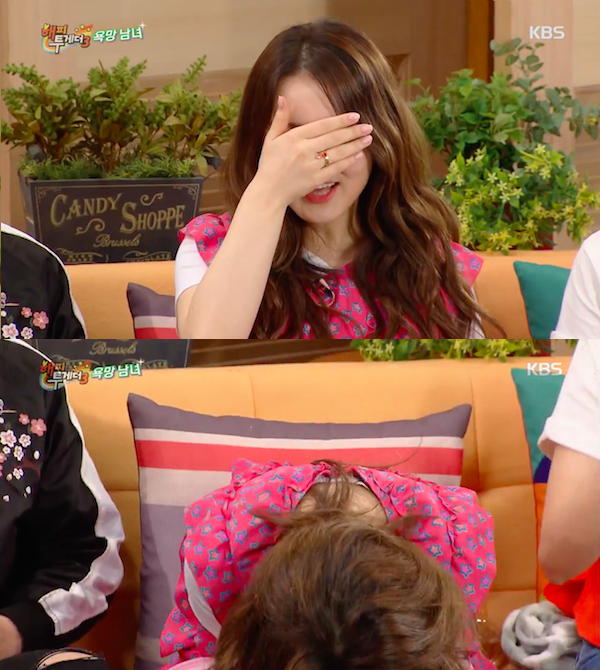 “I have another one that I do really well!” she says. “It’s someone that none of you know, but I really want to do it.” She explains with a laugh that it’s her make-up artist, who’s known for being really eccentric. Everyone seems doubtful, but Yoo Jae Suk says, “Although we don’t know who this person is, if she’s eccentric, it could be fun.”

She then tries to do the imitation by making a loud, frustrated yell, but immediately stops in embarrassment again. The hosts encourage her to keep going, but she says with a laugh, “I think that’s all.” 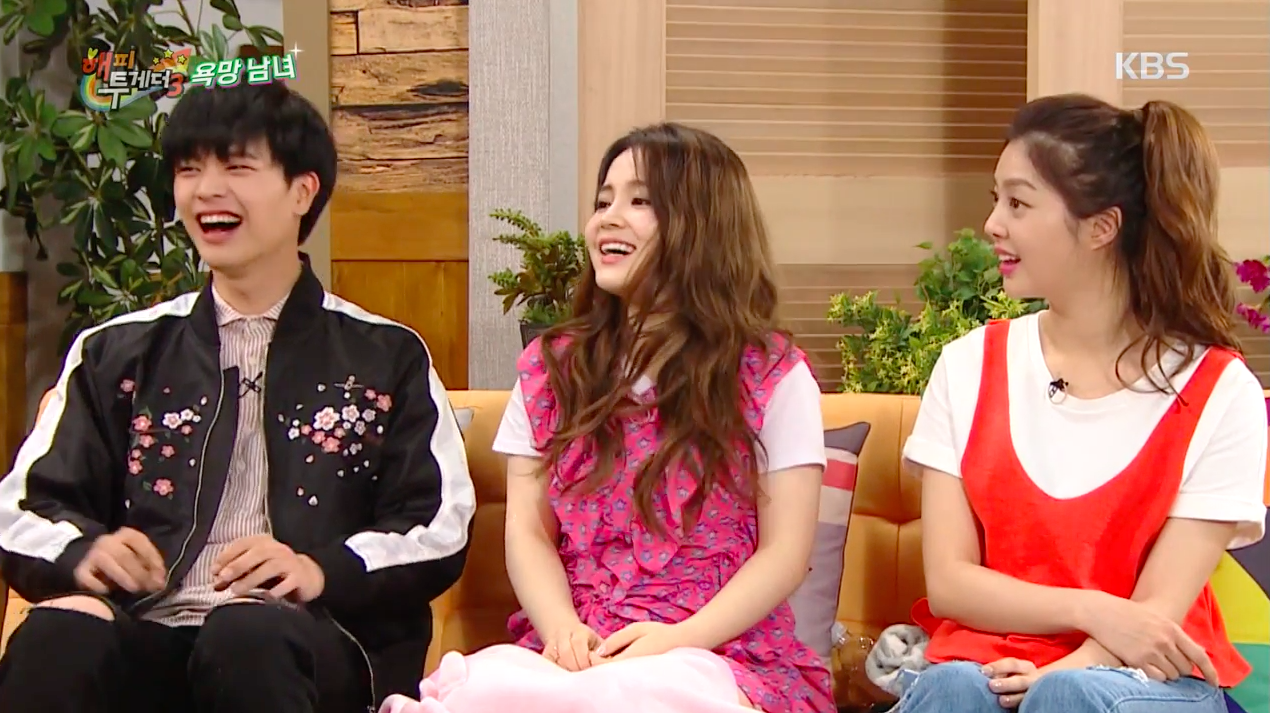 Watch the scene from this week’s episode of “Happy Together” below!