Yoon Shi Yoon and Lee Yoo Young recently had some fun while filming their intense kiss scene in a making video for “Your Honor.”

The beginning of the video shows the actors filming a company dinner scene which involves karaoke. Yoon Shi Yoon patiently teaches his co-workers some choreography to a song, which later turns out to be Girls’ Generation’s “Into the New World.” Like any company dinner, everyone is excited to sing and dance, and it soon turns quite chaotic, with some actors jumping around and throwing tissue into the air. 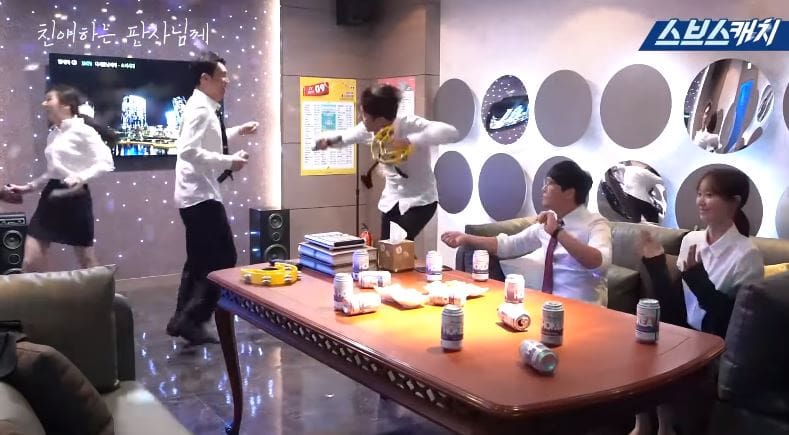 Yoon Shi Yoon comes over to Lee Yoo Young and persuades her to come join the rest of their co-workers in front of the room. He also encourages everyone to take group selfies, but then sneaks in a sweet couple photos with Lee Yoo Young before his other co-workers notice. 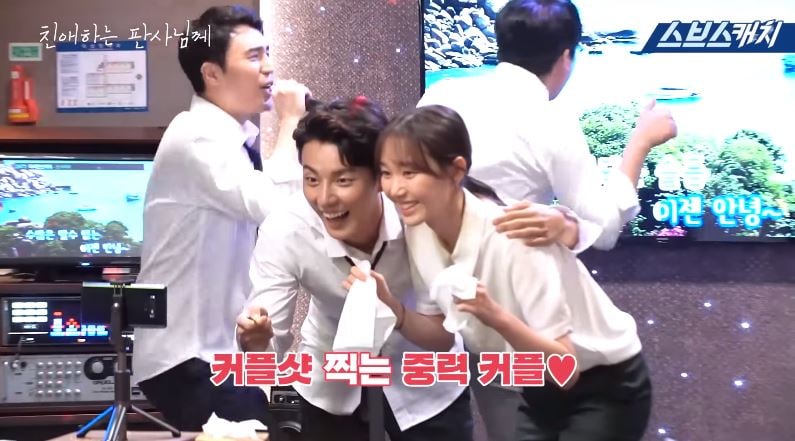 The next scene they film is Yoon Shi Yoon and Lee Yoo Young’s kiss scene in the playground. On standby, the two hang out on the swings, teasing and joking with one another. Before filming the scene, the director comes to help them rehearse the moments leading up to it. 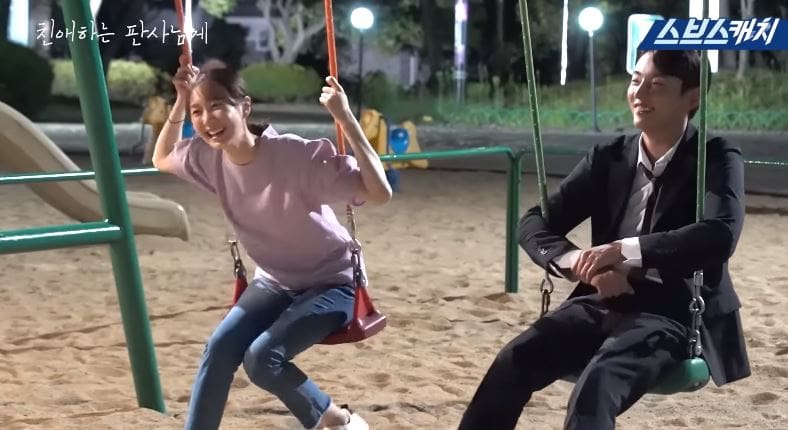 They finally film the serious kiss scene, with Yoon Shi Yoon unhesitatingly moving towards Lee Yoo Young. Afterwards, they go back to laughing and joking. 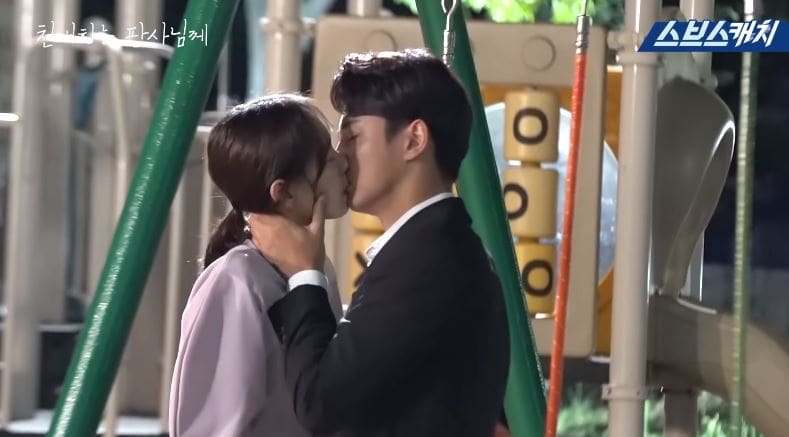 “Your Honor” airs every Wednesday and Thursday at 10 p.m. KST.

Watch the full making video below: