Watch: MONSTA X’s Shownu And WJSN’s Eunseo Encourage Each Other On “Real Men 300”

On the January 18 episode of MBC’s “Real Men 300,” the five members of the White Skull Unit tackled the final hurdle on the way to becoming the “300 warriors.”

MONSTA X’s Shownu and WJSN’s Eunseo, who are labelmates under Starship Entertainment, did the march together and Eunseo impressed the members of her unit by outpacing some of the other men.

After a little while, Shownu caught up to her and encouraged her with the words, “Sergeant Eunseo, stay strong!” Eunseo, feeling inspired by his example, kept pace with him and cheered him on as well. She also referenced their agency by saying, “We have to show the strength of Starship.”

After they arrived at the finish area, both Eunseo and VIXX’s Ravi were physically and emotionally exhausted. Ravi said, “I have no more strength in my body. I teared up because I was thinking, ‘I really did this.’ Everything in my mind just fell into place.” 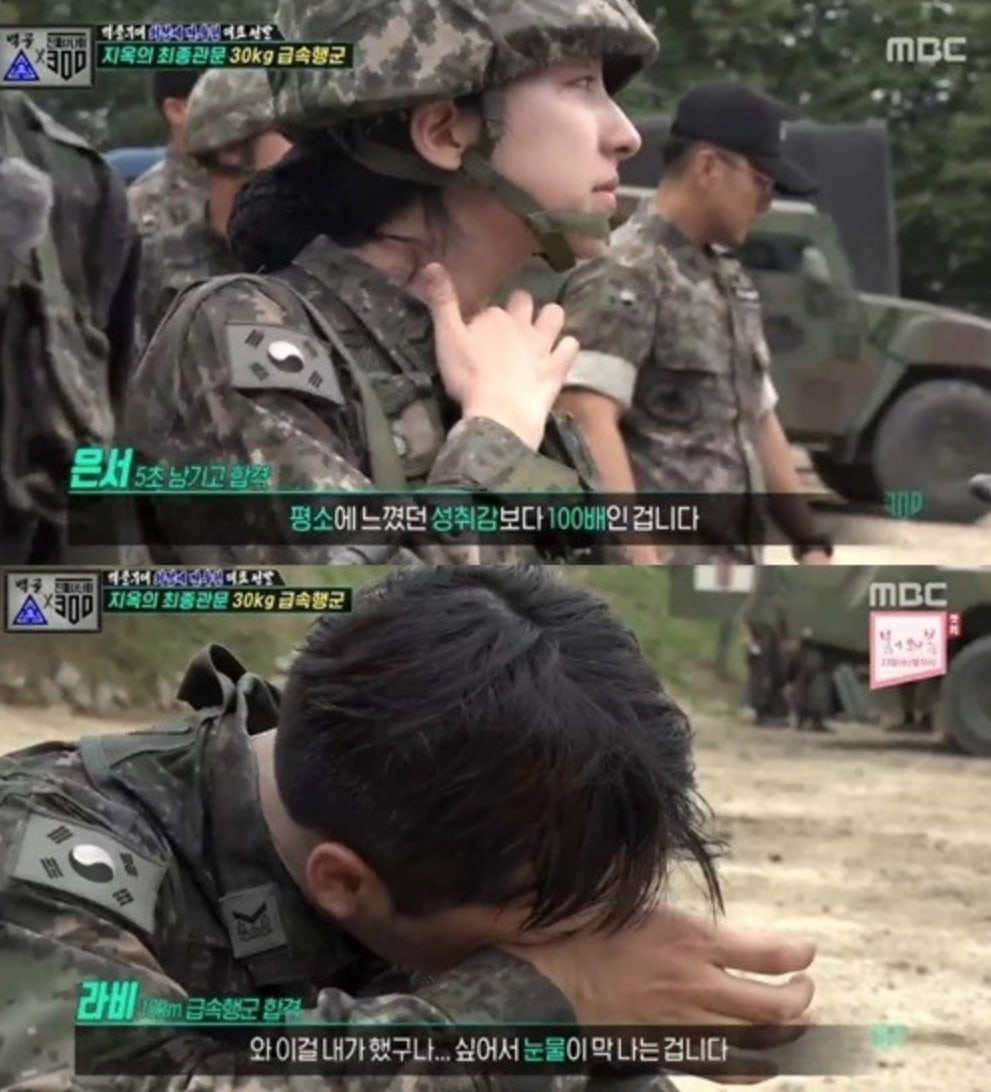 Eunseo said, also tearing up, “The sense of accomplishment that I felt on finishing the training was 100 times what I’d felt before. Shownu congratulated her on the accomplishment by patting her on the shoulder, while Park Jae Min held Ravi’s hand to “energize” him and told him, “It’s not over yet.” 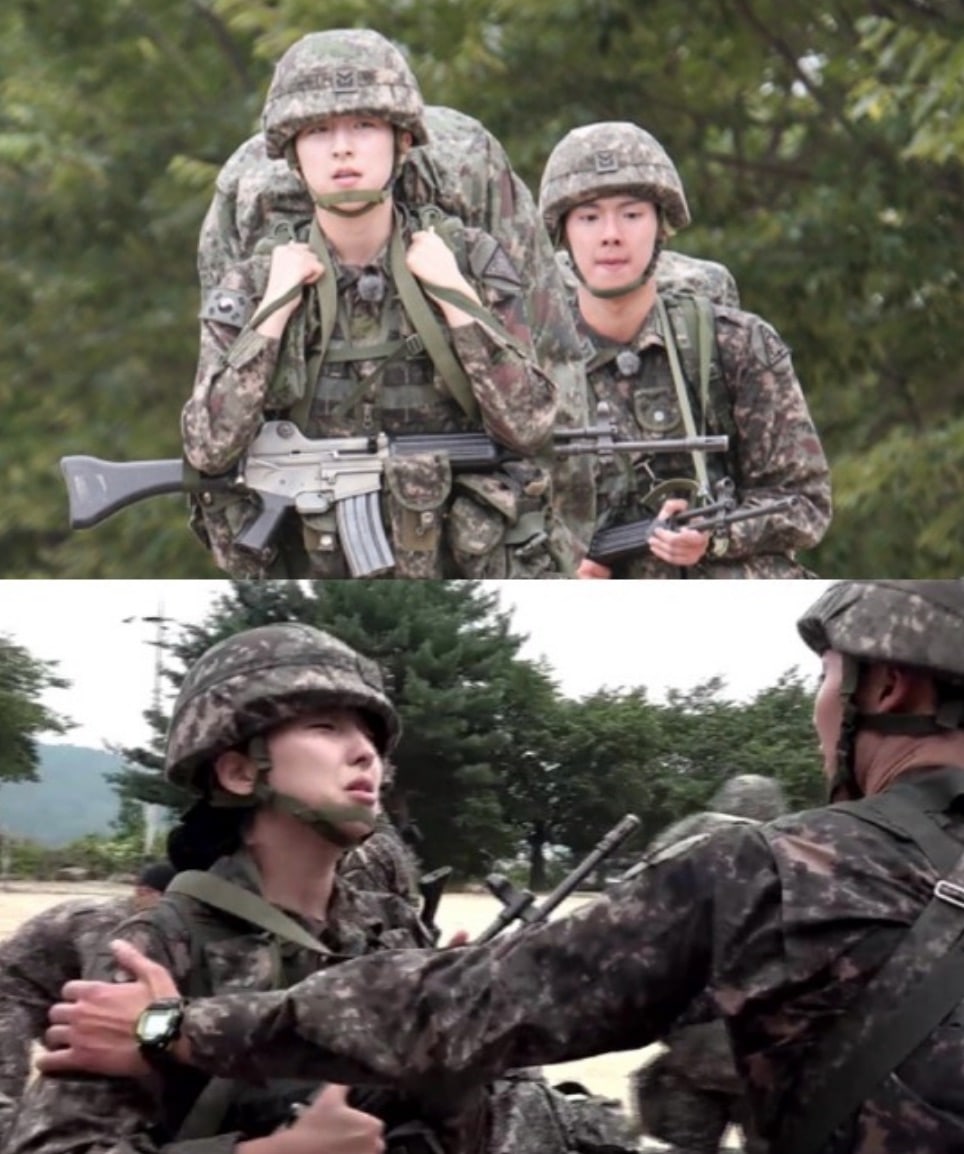 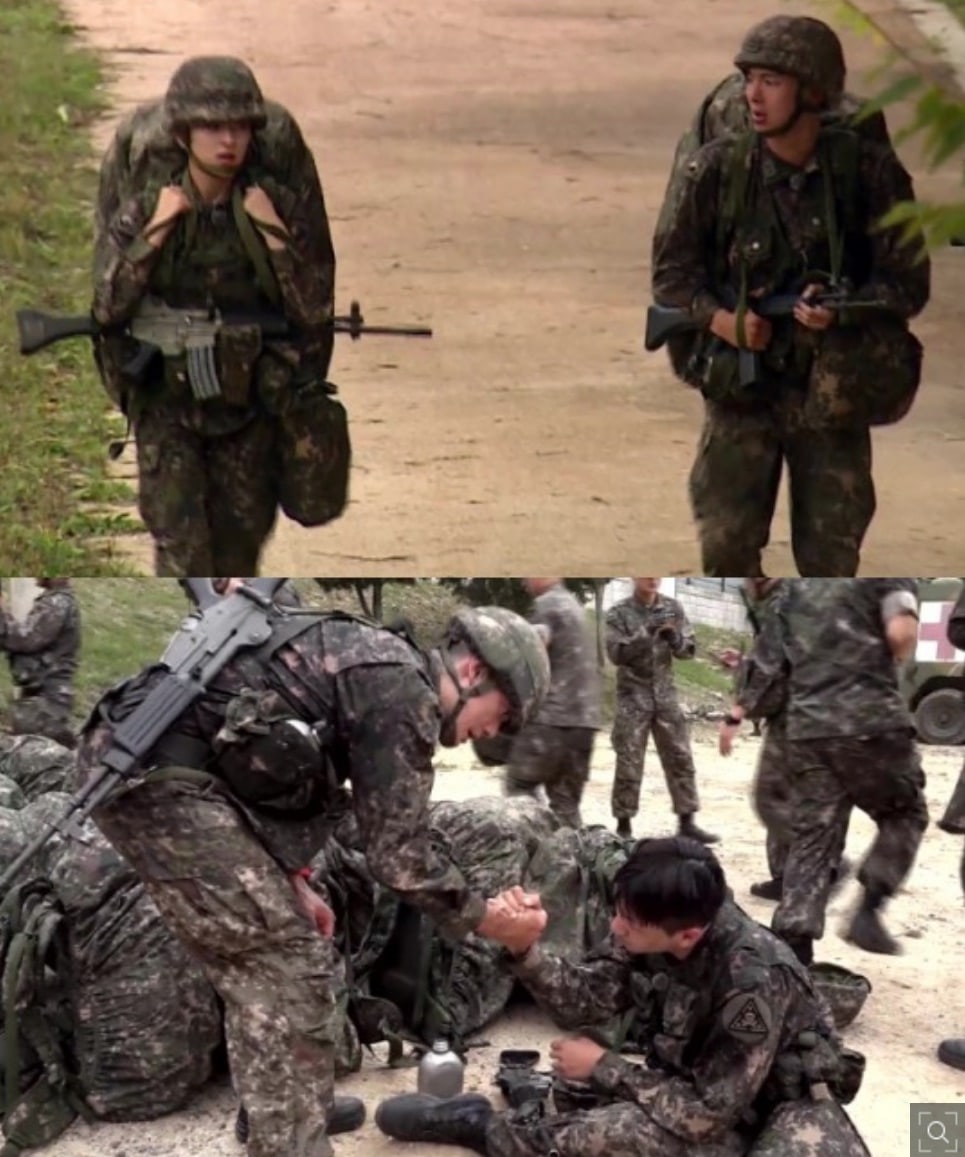 Check out some clips from the episode below!