On September 29, the cast members walked onto the set wearing retro styled clothing for the “C’est Si Bon” concept for this episode.

During last week’s episode, Park Na Rae and Key made a bet with Kim Dong Hyun and Girl’s Day’s Hyeri that they would transform into coneheads or “Avatar” characters in order to get a hint. Kim Dong Hyun and Hyeri won, which meant that Key and Park Na Rae would have to carry out the bet. Moon Se Yoon also placed a bet saying that he would join the two as “Avatar” characters if he was incorrect.

As a result, Park Na Rae, Key, and Moon Se Yoon fully transformed into “Avatar” characters for this episode. Key said to the staff, “Is this a reason for you to call the makeup team of ‘Comedy Big League?’”

When asked about his promise to dress up as a pterodactyl, Moon Se Yoon replied, “I couldn’t do it because there weren’t any wings that fit me.” 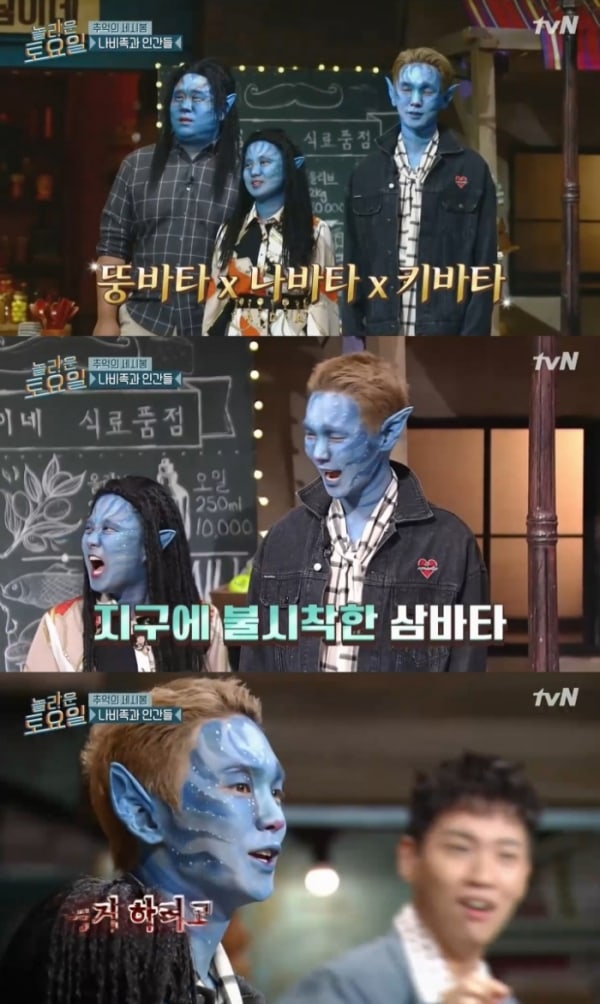 Key also chronicled his transformation on Instagram. He wrote, “My mouth, my mouth, this wretched mouth” for making the bet and added the hashtag “Amazing Saturday.”

“Amazing Saturday” airs on Saturdays at 7:40 p.m. KST. Check out their transformation below!