On the November 25 episode of KBS’s “The Return of Superman,” Na Eun put on a little fashion show by herself.

During the episode, she rummaged through her closet and began trying on various dresses, impressing the audience not only with her fashion sense but with her ease in dressing herself.

The narrator, announcer Do Kyung Wan, was also taken with her, saying, “I would watch just Na Eun for an hour.” 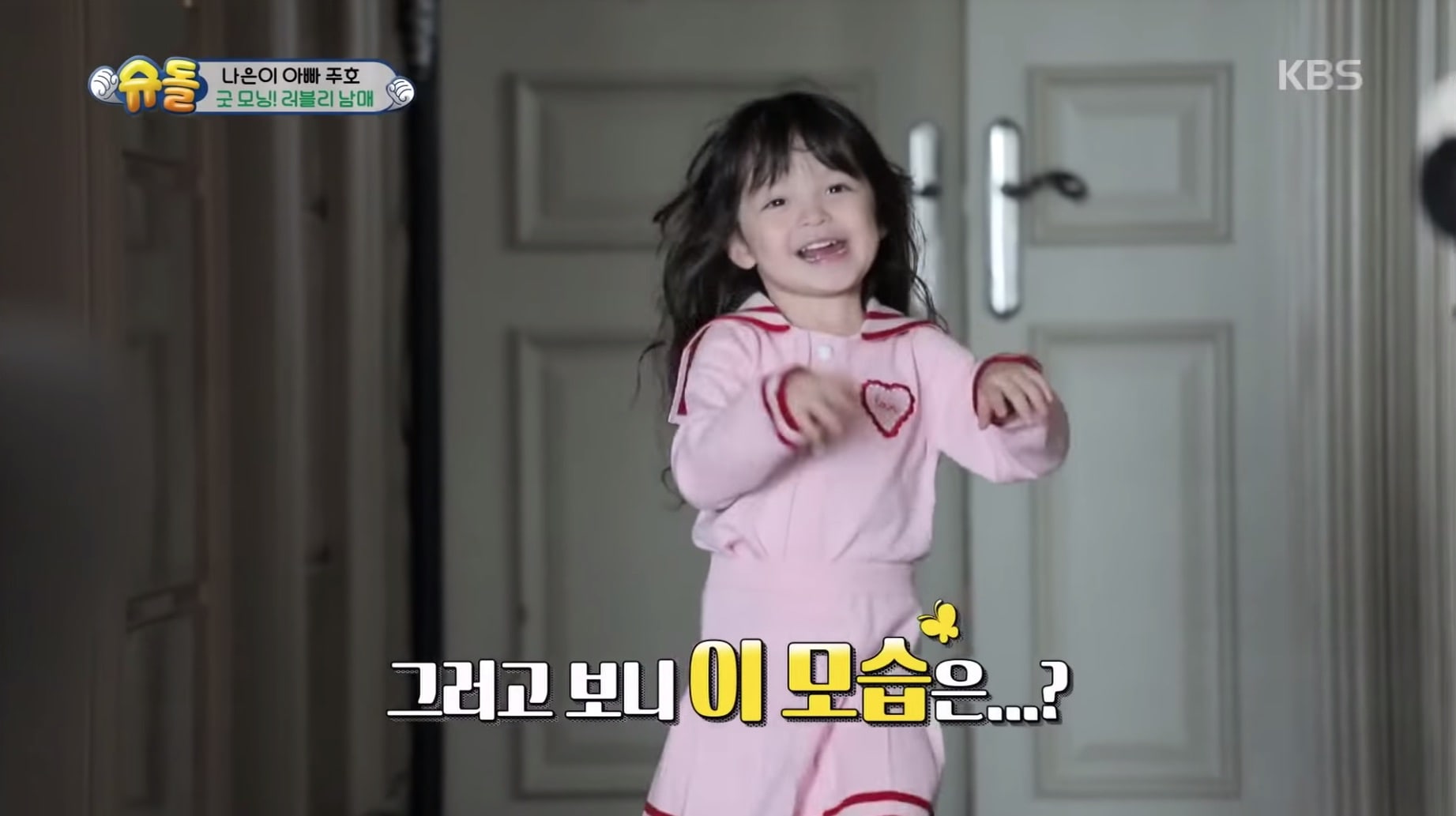 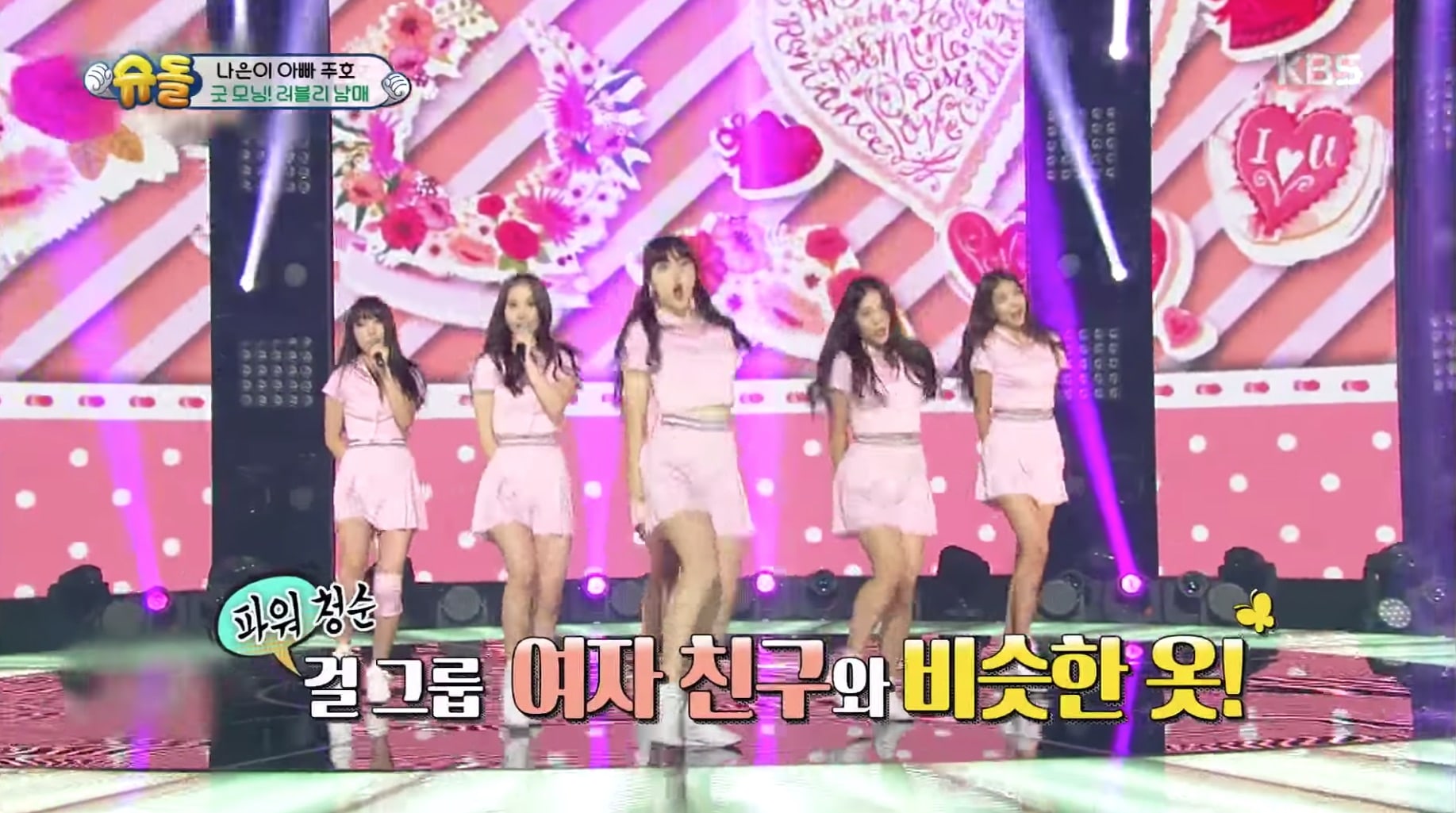 First, Na Eun changed into a white dress before coming out into the living room and asking her little brother and the cameramen what they thought of her dress. She then changed into a cute pink outfit that reminded viewers of GFRIEND’s stage outfits for “Me Gustas Tu.” Finally, she changed into a sparkling black dress that put one in mind of Wonder Girls’ “Nobody” stage outfits. 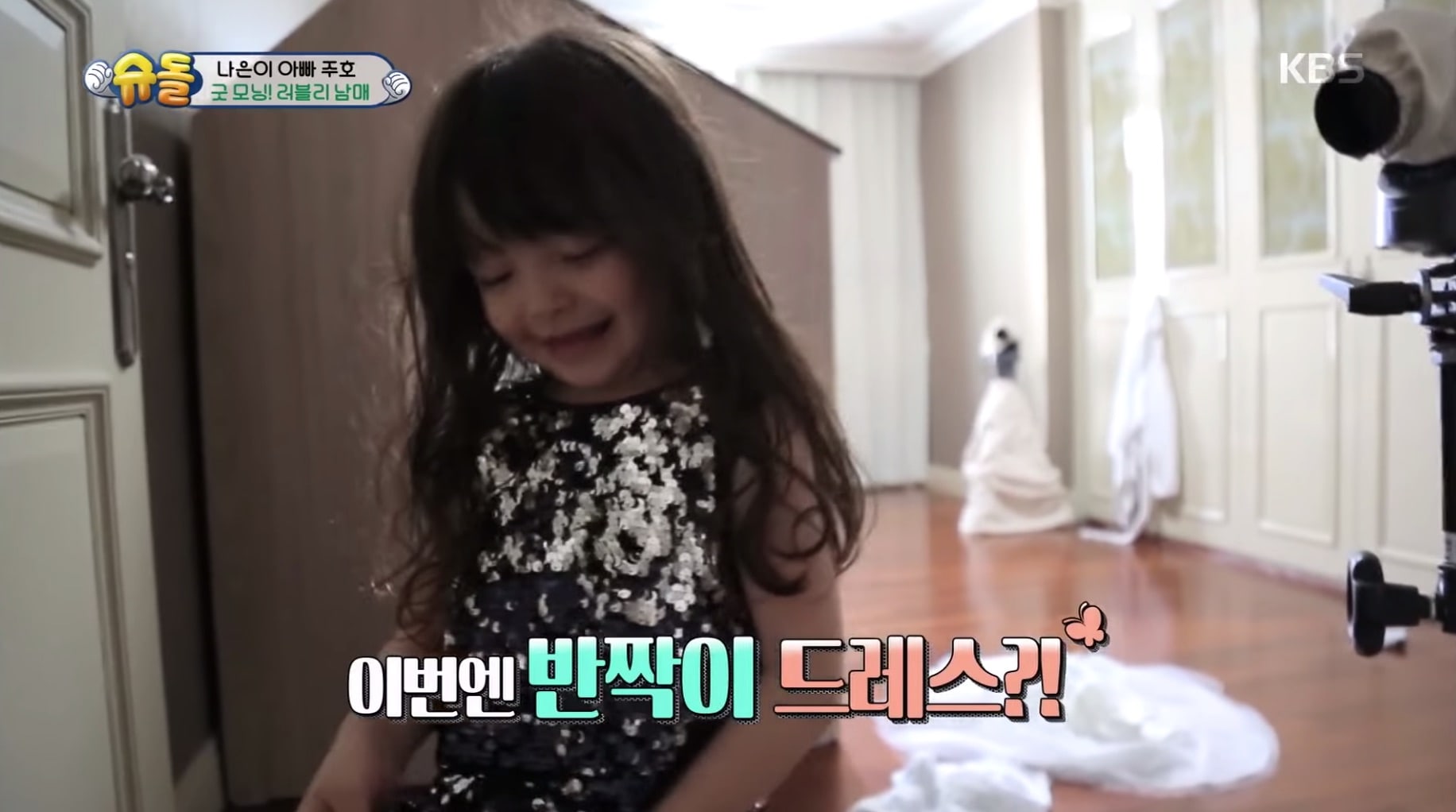 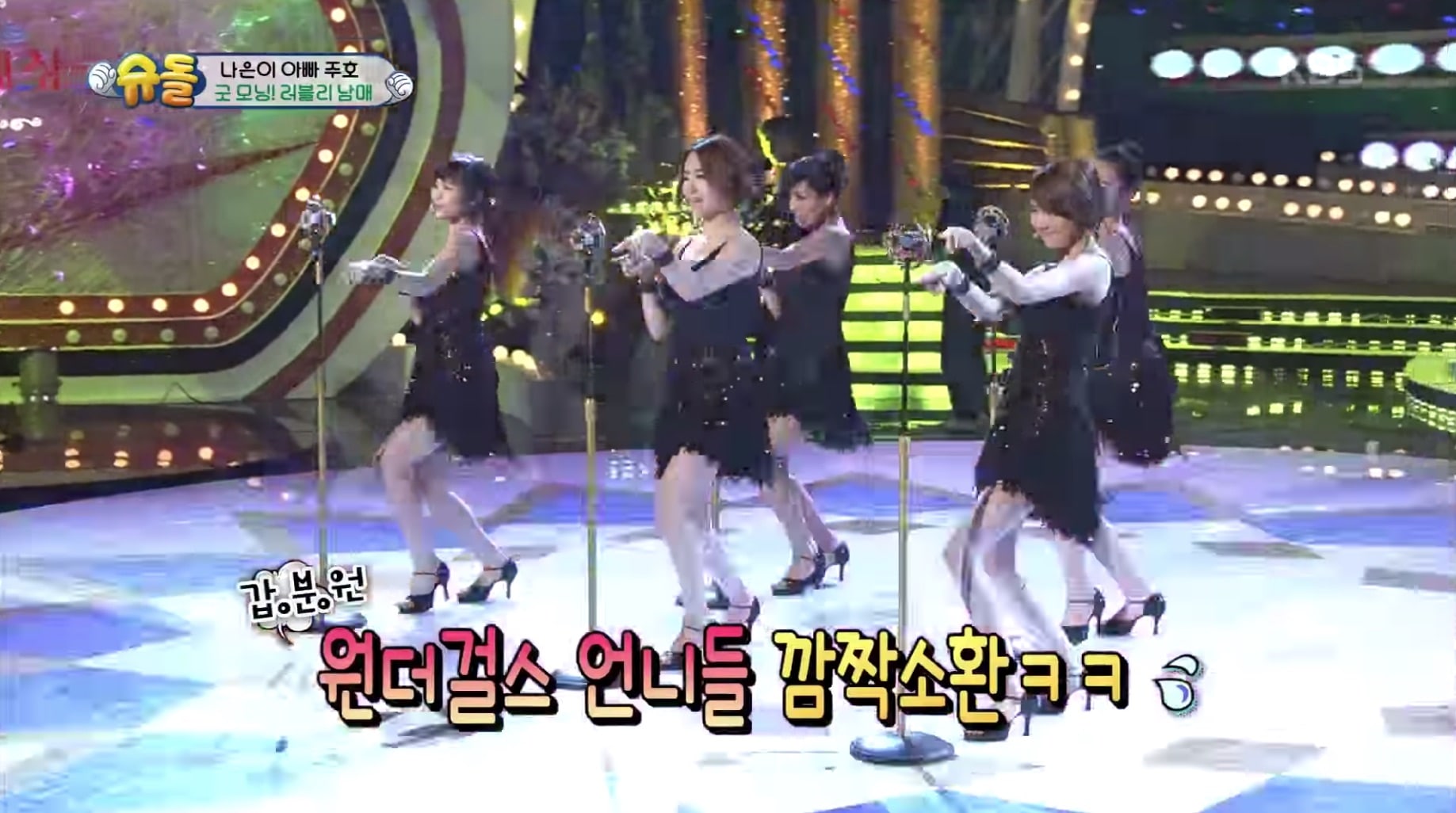 Na Eun wrapped up her one-woman fashion show by taking care of her little brother, throwing away his diaper and trying to feed him (by pouring cereal on the floor).

Check out the cute video below!

And watch the latest episode of “The Return of Superman” below: