On the latest episode of MBig TV’s “Celebrity Bromance,” Ji Soo and Nam Joo Hyuk head out to an amusement park at Gwangalli Beach on their trip to Busan.

They started off easy by riding the bouncy “Disco Pang Pang” ride but the severe movements leaves Ji Soo out of energy and feeling queasy. 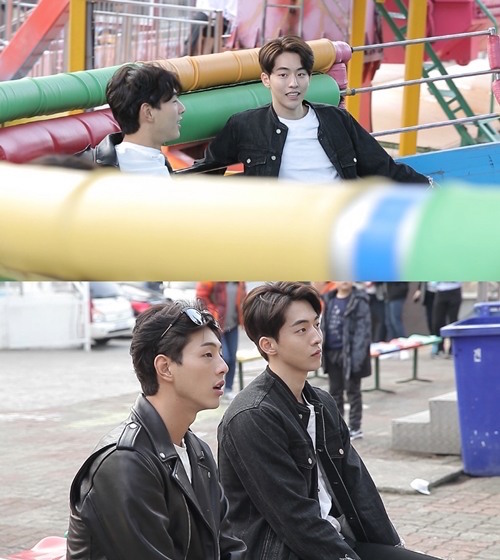 Even Nam Joo Hyuk, who was originally the confident one, ended up becoming weak when it came to the ride called the Viking. Before the ride even begins, the actor says that he refuses to ride it and continuously considers getting off, in contrast to Ji Soo who thoroughly enjoys the ride. Nam Joo Hyuk screams himself hoarse from the moment the ride starts until it ends, while clinging onto his friend, to the amusement of viewers. 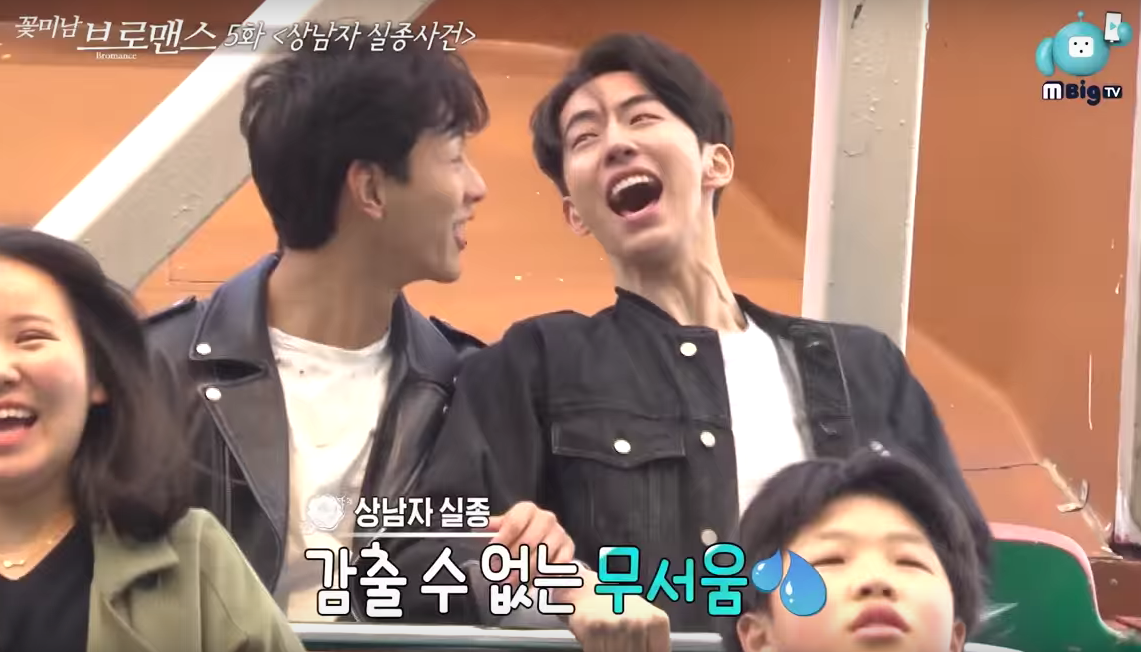 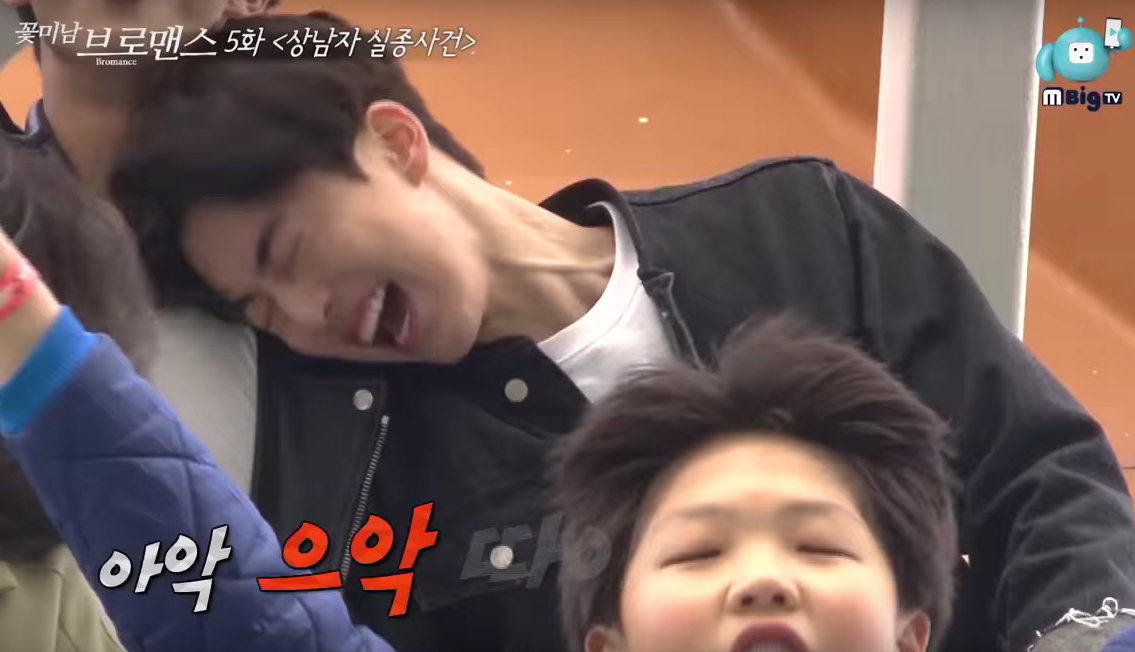 Meanwhile, “Celebrity Bromance” is a program that showcases lesser-known celebrity friendships with as little involvement by the production staff, filmed in a paparazzi-like fashion. Previous friendships on this show also include BTS’s V and Kim Min Jae, Block B’s Zico and Choi Tae Joon, as well as Super Junior’s Ryeowook and ZE:A’s Park Hyung Sik.