The cast of “Night Goblin” held a successful surprise performance for the students of Pohang University of Science and Technology (POSTECH).

The most recent episode that aired on January 7 had the cast heading to POSTECH, where they were given the task of successfully holding a surprise concert for the students. As they walked around to recruit students to attend the show, the cast was surprised to learn just how many students were still in school, either holding student club meetings or enjoying their Friday night after class.

After getting the word out, the “Night Goblin” team returned to the gymnasium to practice. There was a tension in the air as guest Jang Ki Ha, and cast members FTISLAND’s Lee Hong Ki and NU’EST’s JR prepared to perform.

The concert was set to start at 3 a.m. KST, so the team had not expected many students to show up, especially as it was on a Friday. However, they were shocked when they took off their blindfolds and found out that 233 people had gathered to watch the impromptu performance. 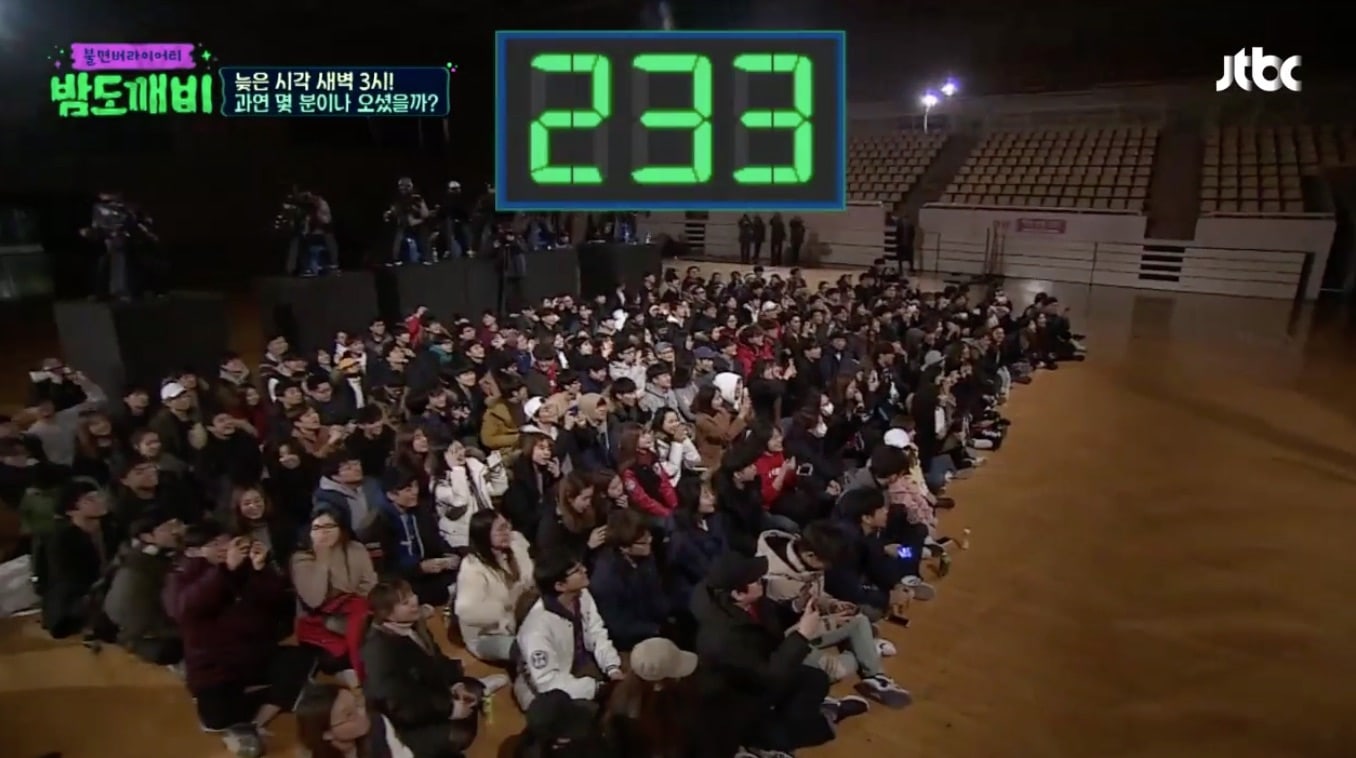 First, Jang Ki Ha performed “Let’s Meet Now” with JR, who had written up rap lyrics for his part right before the show.

Then Lee Hong Ki wowed with a perfect rendition of the hit FTISLAND track “Love Sick.”

JTBC also released JR’s performance of “WITH,” his solo track from NU’EST W’s album “W, HERE,” online as the clip had not been shown during the broadcast of the show. Jung Hyung Don described the song as, “It’s a song that I really like and I’ve mentioned it on television a couple of times.” JR revealed that the track doesn’t even have an instrumental version because he’s never performed it in public before. Check out the performance below!