Park Bo Gum played the grand piano with surprising skill, while Hua Chen Yu sang the lyrics, which were changed into Chinese for the performance. 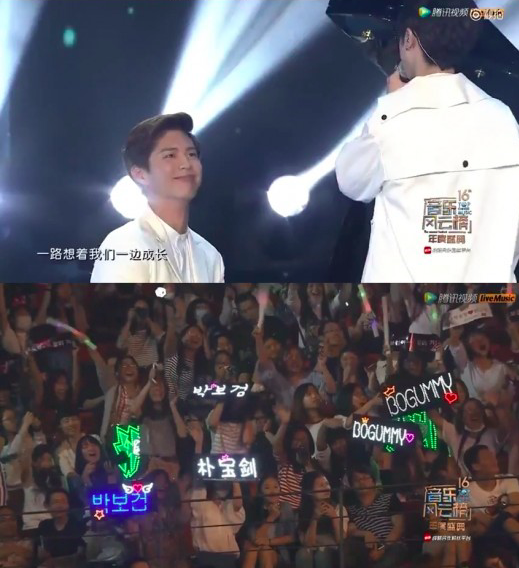 Park Bo Gum also received the Foreign Star Award at the ceremony. “Even though this is my first official event in China, I’m grateful that I got to be invited to a big awards ceremony and even received an award,” he said. “Thank you for loving and supporting ‘Reply 1988.’”

He also asked viewers to support his upcoming KBS drama “Moonlight Drawn by Clouds” as well, which is scheduled to air on August.