The cast members of “Suits” showed their professionalism in a newly released making video for the official posters and teaser!

The clip begins with Jang Dong Gun’s individual poster shoot. The actor plays lawyer Choi Kang Suk, senior partner at law firm Kang & Ham. His catchphrase says, “Get rid of the story or the circumstances, and just look at the case!”

While filming the teaser, Jang Dong Gun poses confidently, perched on a leather chair as he examines a photo. 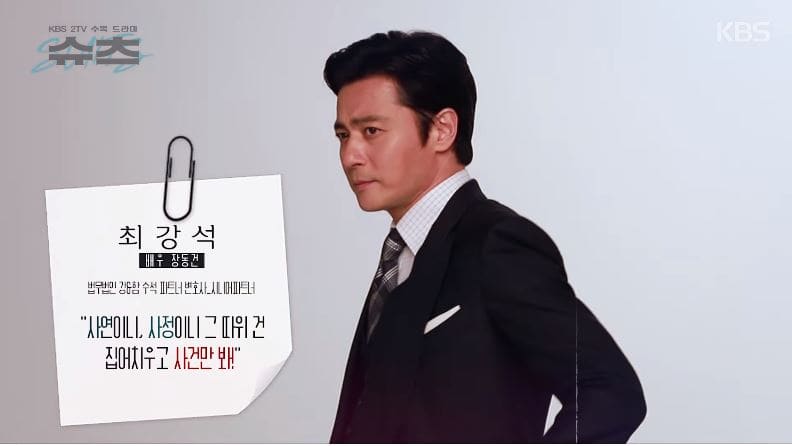 Jang Dong Gun then introduces himself and the drama, saying, “Hello, I’m Jang Dong Gun. We are currently hard at work filming for KBS’s upcoming Wednesday-Thursday drama ‘Suits.’ The atmosphere at the filming site is great, so we’re working hard and having fun as we shoot. The drama will air on April 25. Please look forward to it. Thank you.” 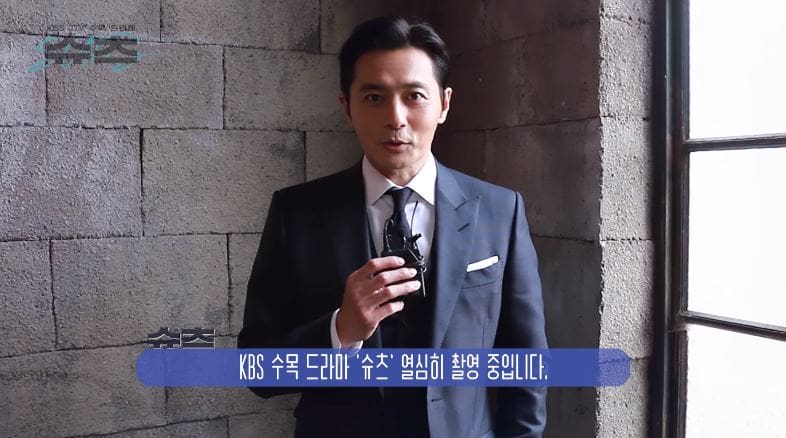 Park Hyung Sik is next for his individual poster shoot. He plays associate lawyer for Kang & Ham, Go Yeon Woo. His catchphrase says, “It’s not luck, but choice that decides fate!” The actor is dressed in a neat suit and has a light smile as he is perched on top of a bicycle.

For his teaser shoot, however, he shows a completely different side to the character as he is dark and brooding. 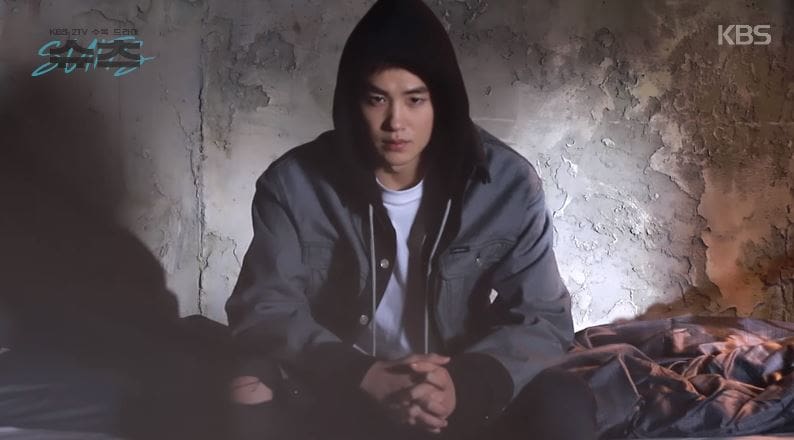 Park Hyung Sik also introduces himself, saying, “Hello, viewers, I’m Park Hyung Sik who plays Go Yeon Woo in ‘Suits.’” He then unexpectedly laughs and explains, “The producers just walked past me,” and cheerfully calls out to them saying, “Have a good meal!”

He continues, “The team work is great, and the atmosphere at filming sites is good, too. I will work hard for the remainder of filming. The weather changes are pretty big lately, so please be careful of getting a cold.” 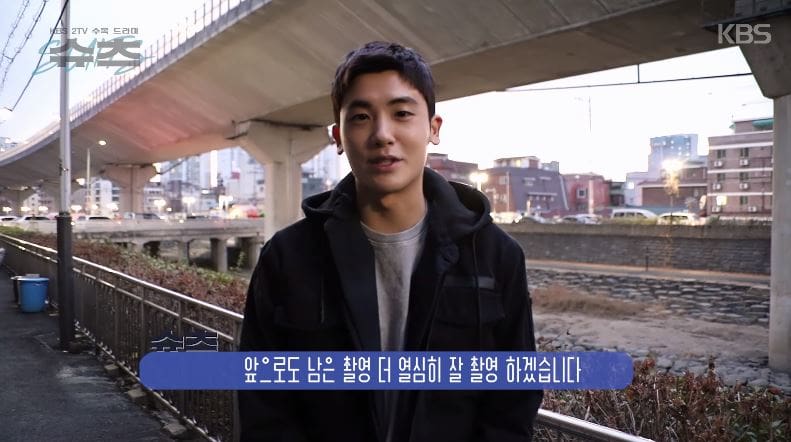 Next up are the other main characters. Jin Hee Kyung plays Kang Ha Yeon, the head lawyer and partner for Kang & Ham, and looks cheerful behind the scenes as she converses with staff members. Choi Gwi Hwa plays Chae Geun Sik, a junior partner at Kang & Ham, and gives a serious look at the camera for his shoot. 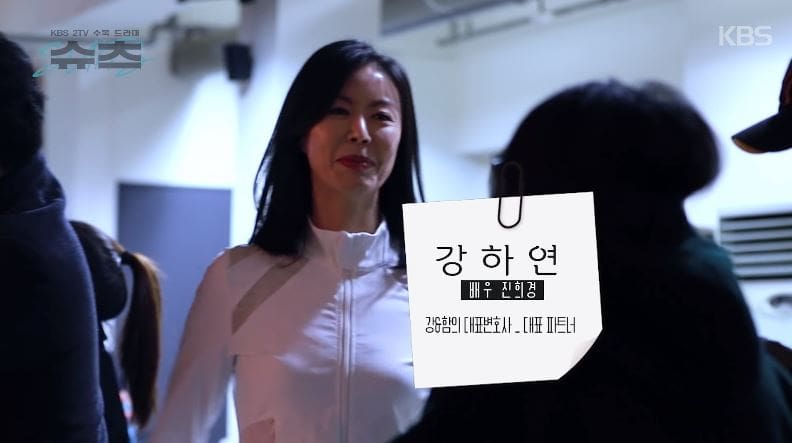 The video shows more footage from filming the teaser. Jang Dong Gun and Park Hyung Sik work together this time, dressed in clean suits as they walk confidently. Though they are both dressed as lawyers, there is a clear difference as Jang Dong Gun holds a briefcase, while Park Hyung Sik has a backpack slung over his shoulders. They also show off their bromance as they fistbump, and carefully monitor their shots afterwards. 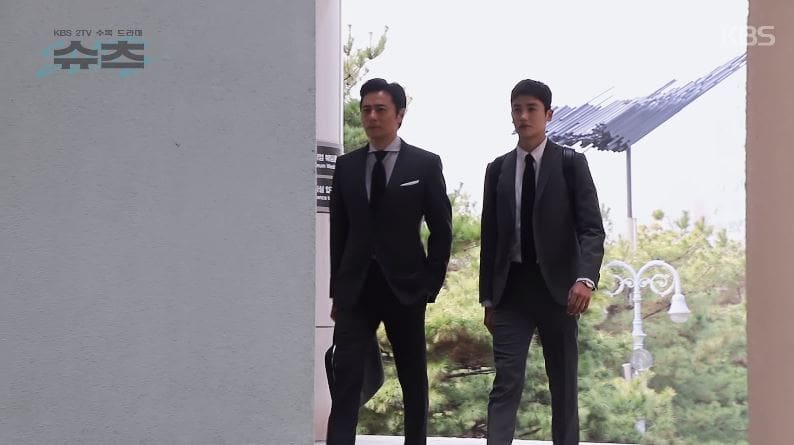