The first video covered the kiss scene between Park Hyung Sik and Park Bo Young. The adorable clip showed the unexpected struggles that went into shooting the picturesque kiss scene. 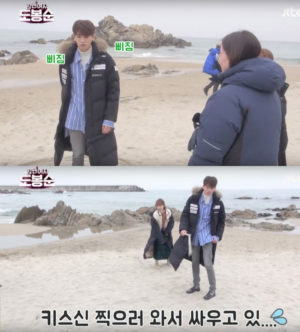 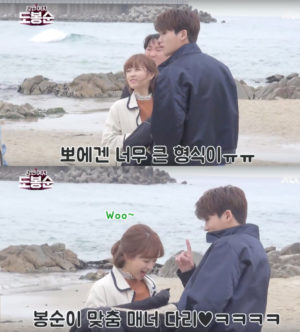 However, amidst the playful bickering, the duo also showed their affection for one another. In one part of the clip, Park Hyung Suk dusted the sand off of Park Bo Young’s hair. 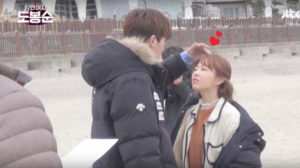 Later on, when Park Bo Young was worried about her short height, Park Hyung Sik playfully lowered his stance to create less of a height difference.

The second clip released by JTBC s followed the adorable duo as they first arrived at the seaside village for a business trip in episode 12 of the show. During the behind the scenes at the fish market, Park Bo Young lectured Park Hyung Sik with her extensive knowledge on the different species of fish. 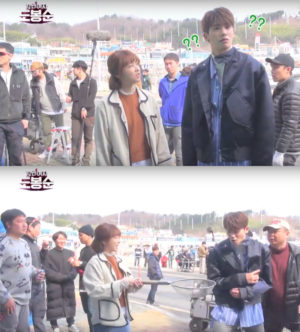 Later, the clip showed the puppy couple on the pier waiting for seagulls to make an appearance for the scene. When no seagulls appear, the staff team improvised and decided to shoot a selfie scene instead. 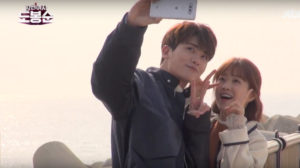 Watch both of the behind-the-scenes clips below!

Check out “Strong Woman Do Bong Soon” on Viki!