Park Seo Joon mistakenly believes Park Min Young is professing her love for him in a new teaser for “What’s Wrong with Secretary Kim?”

The teaser begins with an ethereal tone, as Park Seo Joon and Park Min Young brush past each other. Their hands graze each other and they exchange meaningful glances. The screen reads, “A destined love.” 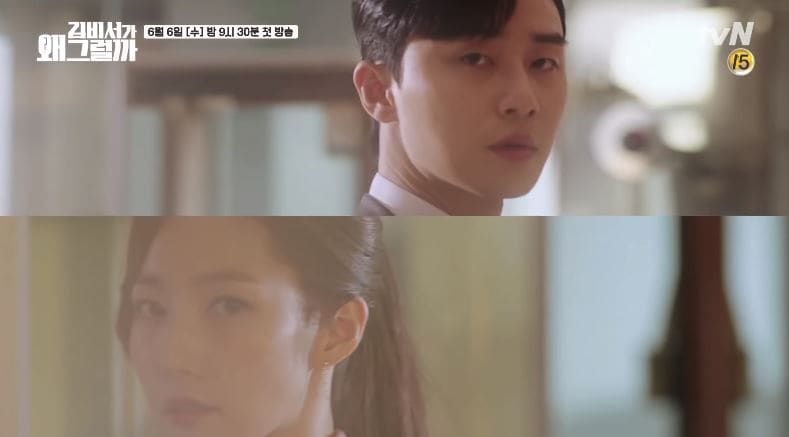 Park Min Young comes up to Park Seo Joon and calls out to him. He grins, and she continues by saying, “The thing that’s always been in my heart, my…” She draws out a resignation letter from her jacket, and is about to say “resignation letter.” However, he mishears it as her about to say “love,” and cuts her off firmly, saying, “Don’t say the word ‘love’ so easily!” Park Min Young looks confused as the screen reads, “A destined resignation letter, maybe next time…” She walks away confused, while Park Seo Joon reassures himself, “That was close.” 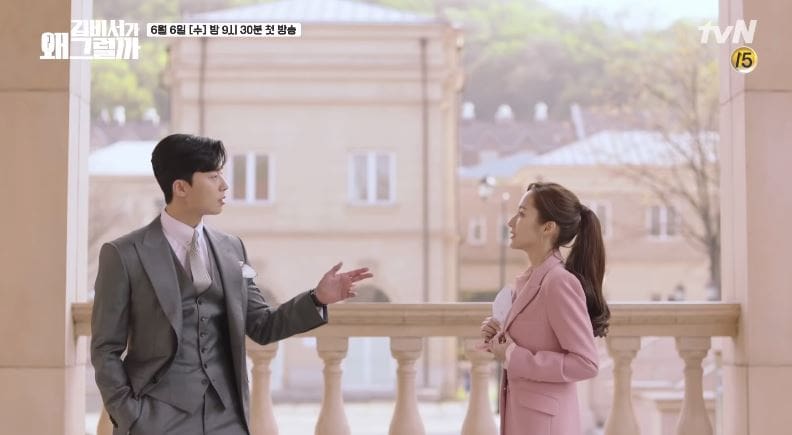 Watch the full teaser below!