Watch: PENTAGON’s Hui Wins “Breakers” Round With Self-Composed Reply Song To Chungha’s “Why Don’t You Know”

PENTAGON’s Hui advanced to the semifinals on the latest episode of Mnet’s “Breakers”!

The new music survival show features singer-songwriters competing against one another with live performances of their own self-composed songs. On the May 25 broadcast, the contestants faced the challenge of writing and performing a song as a reply to another song of their choice.

Hui chose to write a musical response to Chungha’s hit debut song “Why Don’t You Know,” which he briefly covered on last week’s episode of the show. Before the live performance battle, Hui met up with Chungha to talk about his composition and the inspiration behind his song. In his introduction, the PENTAGON leader described the former I.O.I member as “a very beautiful person that many people will be surprised to see [on the show].”

Although Chungha mentioned that she had previously appeared in PENTAGON’s “Pretty Pretty” music video, she confessed that the meeting was still “extremely awkward” at first, laughing, “I hope it’ll get less awkward as we talk about the song.” 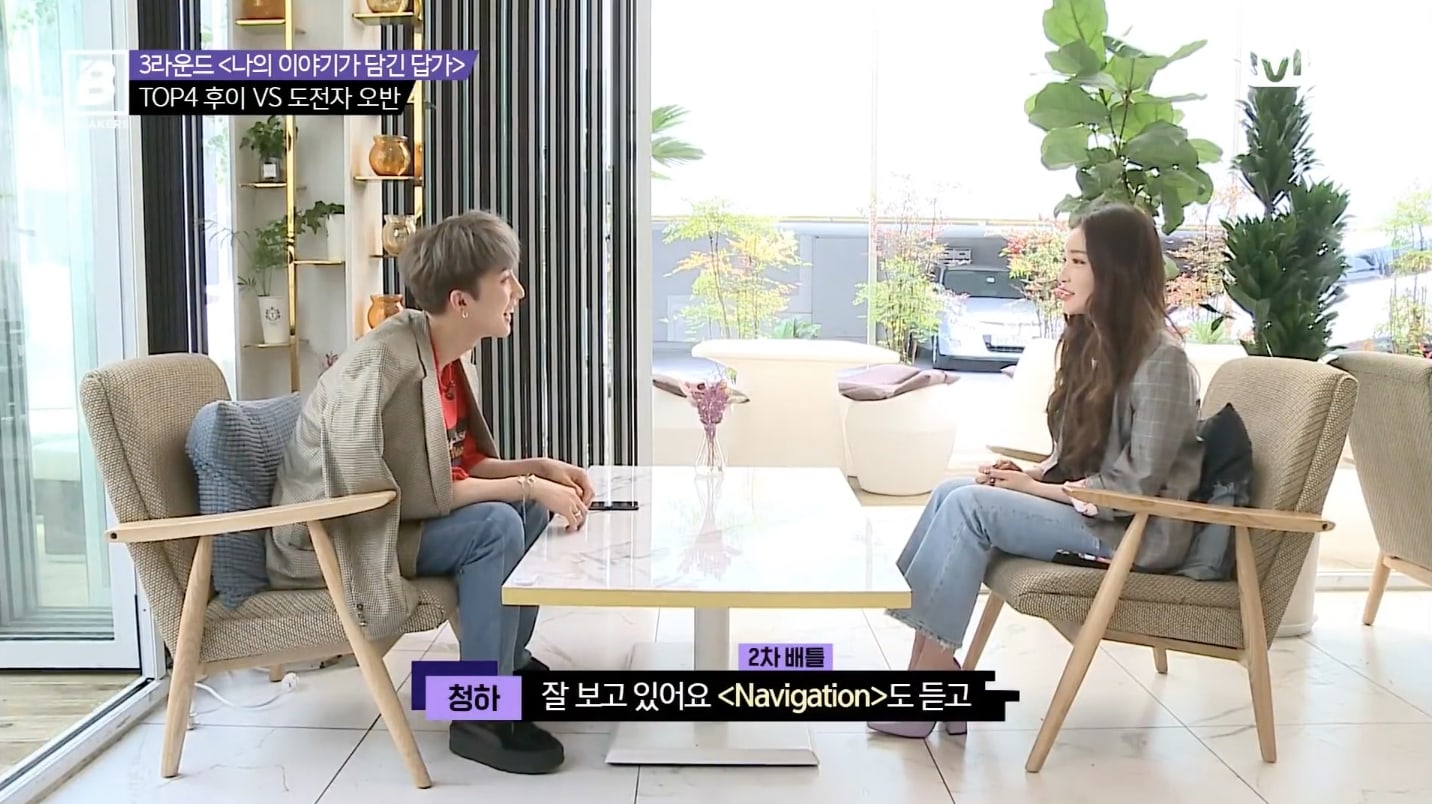 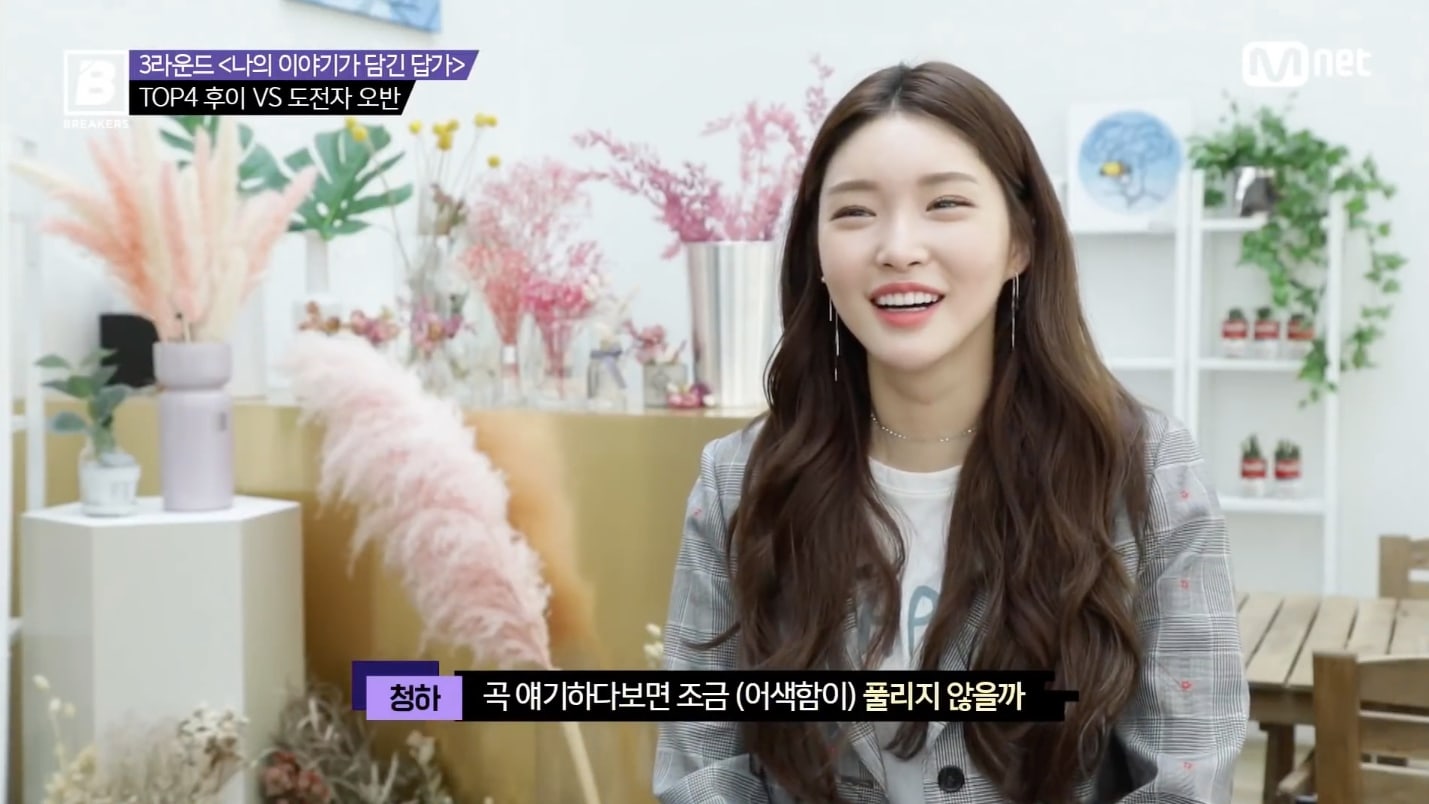 Chungha told Hui that she had seen and enjoyed his performance of “Navigation,” his first self-composed song for “Breakers,” which landed him a spot in the Top 4 on the show earlier this month. She then asked Hui why he had chosen her song for the upcoming battle.

Hui explained, “The theme of our ‘reply’ mission this time is ‘a reply that tells my story.’ When looking back on my own stories, I thought of an experience that many people have—the feeling of ‘I want to protect this person.’”

He went on, “[‘Why Don’t You Know’] is about asking a guy, ‘Why don’t you understand my feelings?’ So I created my own story in my head. The song’s heroine is a wealthy young woman who likes the older guy next door. But the guy next door is constantly turning her down, so she’s upset and behaving recklessly. I’m the bodyguard who is always by her side, and the song is saying, ‘No matter what you do, I will always protect you.’”

Hui then played Chungha a brief snippet of the song at her request. She later commented, “I really liked it. It was different and refreshing. It’s a song that has a more free-spirited vibe than ‘Navigation.’ Because it’s a funky song that anyone would find exciting, I think it’ll be hard to beat. I definitely think it’ll win.”

Hui remarked, “[Chungha] cheered me on and gave me so much confidence, I think [our meeting] was a chance for me to gain even more determination.” 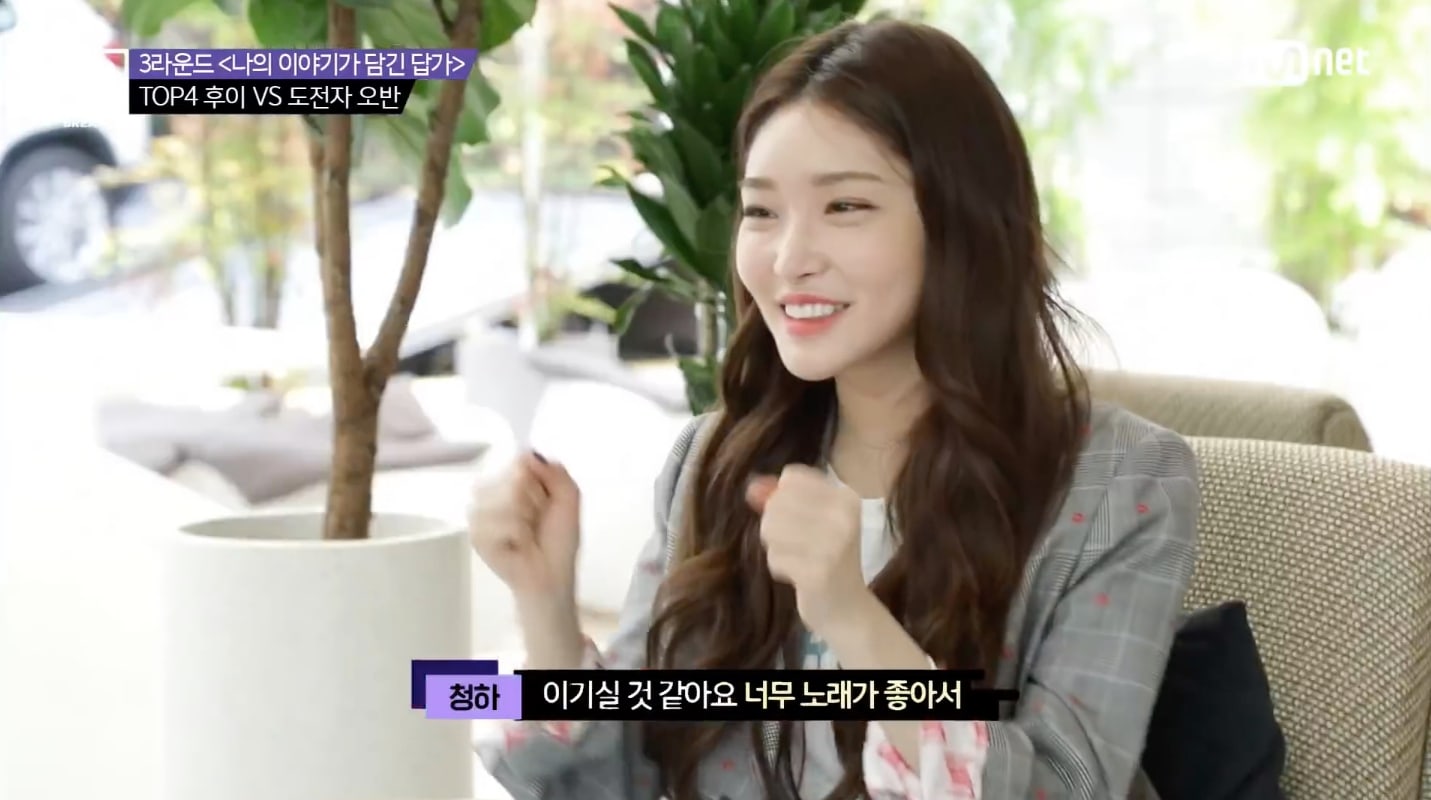 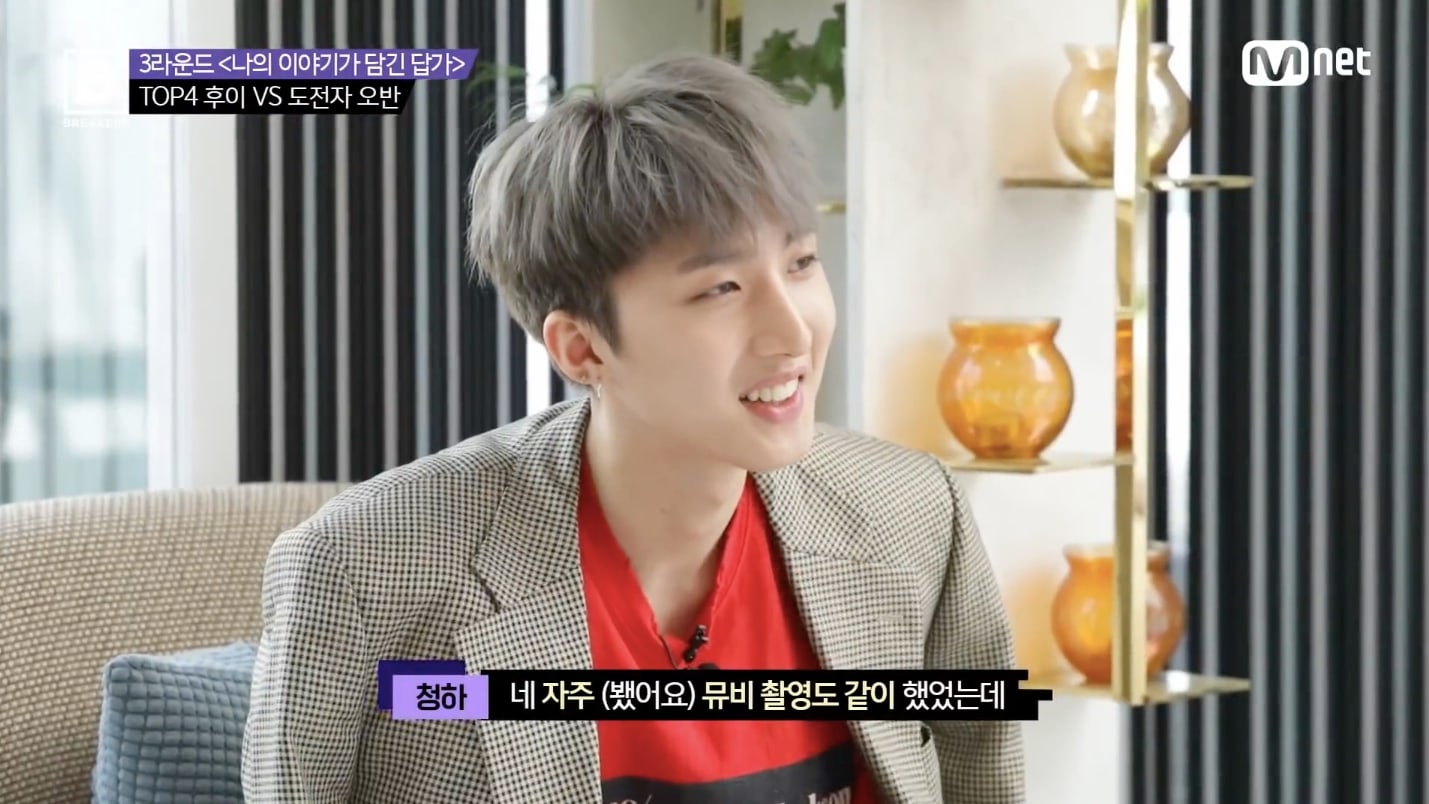 As Chungha had predicted, Hui won his battle round with his energetic performance of his reply song “Bodyguard.” The PENTAGON member also managed to earn a spot in the show’s semifinals alongside fellow singer-songwriters Jooyoung, Penomeco, Samuel Seo, and Mia.

Check out Hui’s live performance of his self-composed song “Bodyguard,” as well as a clip of Chungha and Hui’s meeting, below!

You can also check out a brief clip of Hui’s cover of “Why Don’t You Know” from last week’s episode below: