On the February 5 broadcast of Mnet’s “Produce 101,” the trainees performed a group battle. 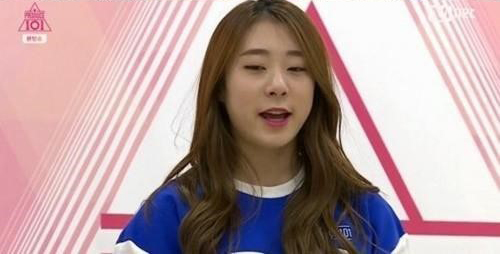 About Heo Chan Mi’s singing, JeA commented, “You’re a little behind the beat. You seem like an established singer already. Just practice a little harder.”

Heo Chan Mi responded, “My throat didn’t feel good. So I let this one go.”

“Produce 101” is Mnet’s girl group project, gathering 101 trainees from 46 different agencies across the country in order to debut a girl group of 11 members. The show airs every Friday at 11 p.m. KST.

Watch Yoo Yeonjung’s performance with her group below. What are your thoughts? Are you rooting for Yoo Yeonjung?