Ryan Reynolds had an adorable interview with the Kakao character Ryan!

On March 1, Kakaopage posted an interview clip of the “Deadpool” star on its Facebook.

The clip shows Ryan Reynolds sitting across from a big Ryan doll, one of the popular Kakao characters. The interviewer explained to Ryan Reynolds that the doll’s name is also Ryan. The actor said in surprise, “Wow, I’m so honored. I’m so honored.” After exclaiming that he had no idea that he shared the same name with the doll, the actor said to Ryan, “Hello, Ryan. You look much smaller than me.” 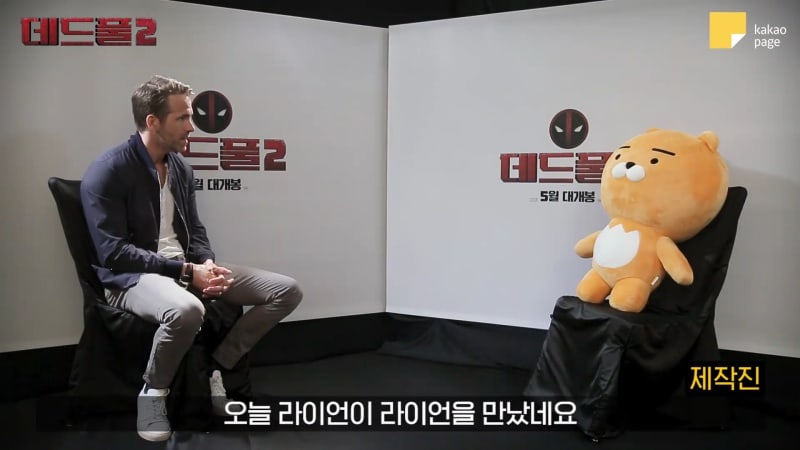 After talking about his experience in Korea and his upcoming movie “Deadpool 2,” Ryan Reynolds thanked the interviewer and even played along with the joke by offering a handshake to the character Ryan. 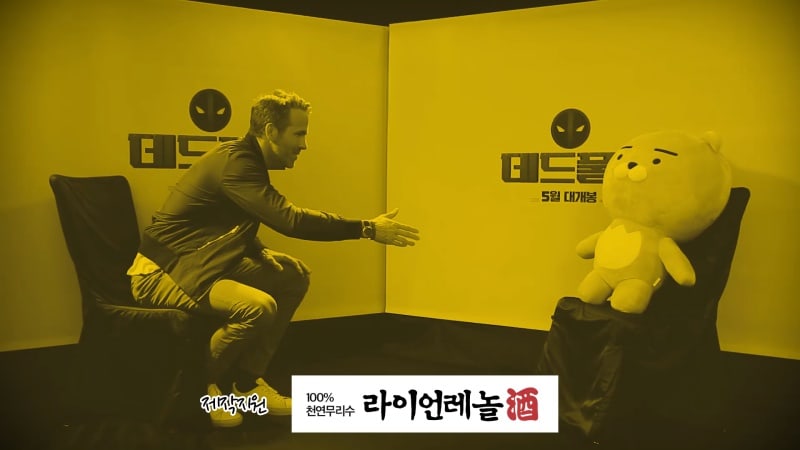 While in Korea, the Hollywood actor also performed on MBC’s “King of Masked Singer” and was praised for his hard work and performance.

Watch the full interview below!