BIGBANG’s Seungri came up with a creative way to promote his dad’s hometown.

On the January 17 broadcast of SBS’s “We Will Channel You,” Seungri spent the day at his father’s hometown of Yeonggwang in South Jeolla Province.

Seungri expressed joy when he ran into some adults who recognized him at a dried yellow corvina processing center. In order to promote this regional delicacy, he then personally rearranged the song and lyrics to BIGBANG’s “FXXX IT” and filmed a promotional MV.

The BIGBANG member revealed, “To be honest, the schedule for the YG recording studio was packed, so I recorded after waiting for the junior singers to finish.” 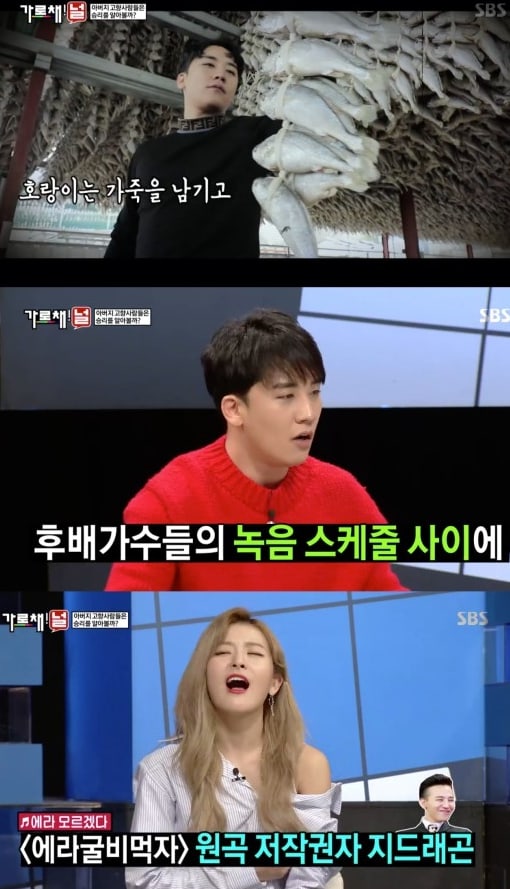 “I told her, ‘When GD comes out on vacation, please tell him that Seungri used it as a yellow corvina song.’”

Yang Se Hyung then made everyone laugh by commenting, “If GD comes out on vacation, then he might say, ‘Seungri I’m going to despise you,’” while impersonating GD’s voice.