Watch: Si An Shows He’d Do Anything For Na Eun In A Too Cute Preview For “The Return Of Superman”

Next Sunday’s episode of “The Return of Superman” will feature a cute meetup between the families with soccer player dads!

In a preview for the show’s next episode, Na Eun leads the pack yelling “Oppa!” as the family heads through a village with traditional homes. The title “oppa” is used by females towards an older brother or older male friend.

It turns out that she’s running to see Si An, the son of Lee Dong Gook. When the two finally meet each other, they both appear a bit shy at first. However, they’re soon playing together, with Na Eun jumping up and down and saying she wants to see the puppies. She then announces to her dad, “I want to hold hands with Si An.”

Si An points out that she should be calling him “Oppa” and not by his given name. “Oppa, let’s hold hands,” she says, and Si An takes her hand. 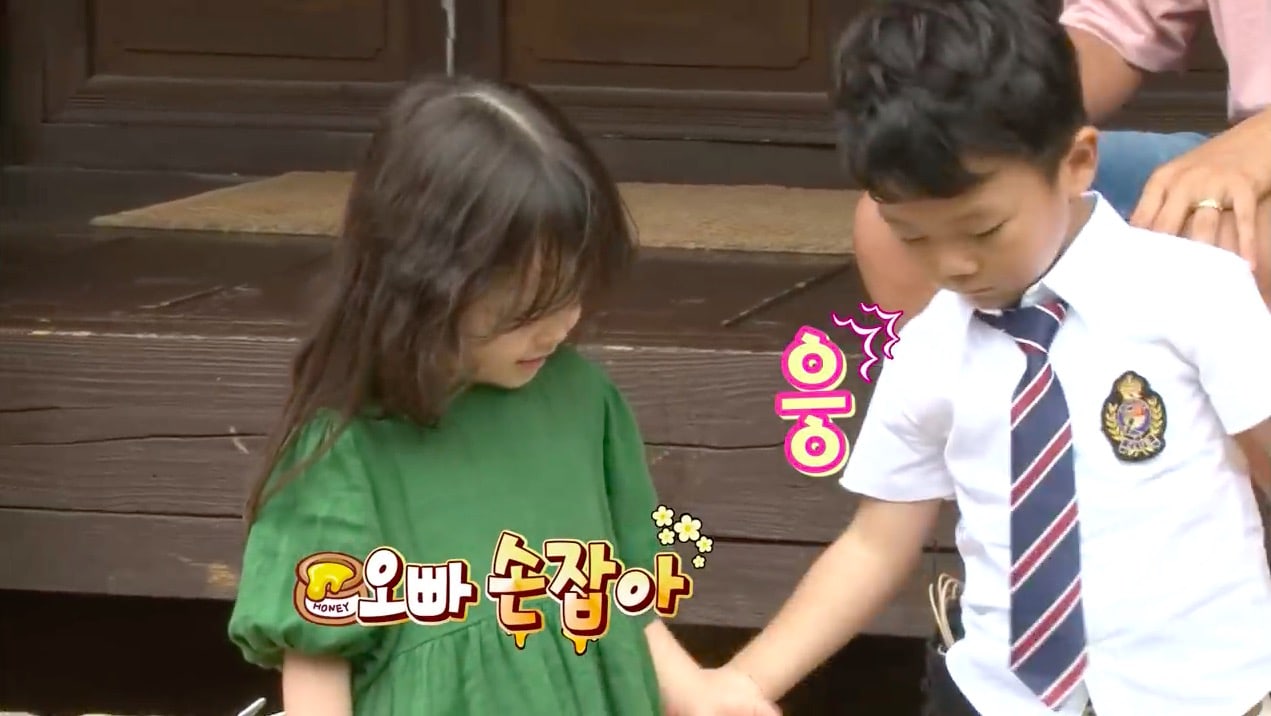 The pair then head to a pavilion together, where Si An removes her shoes for her and says, “Don’t take off your socks.” 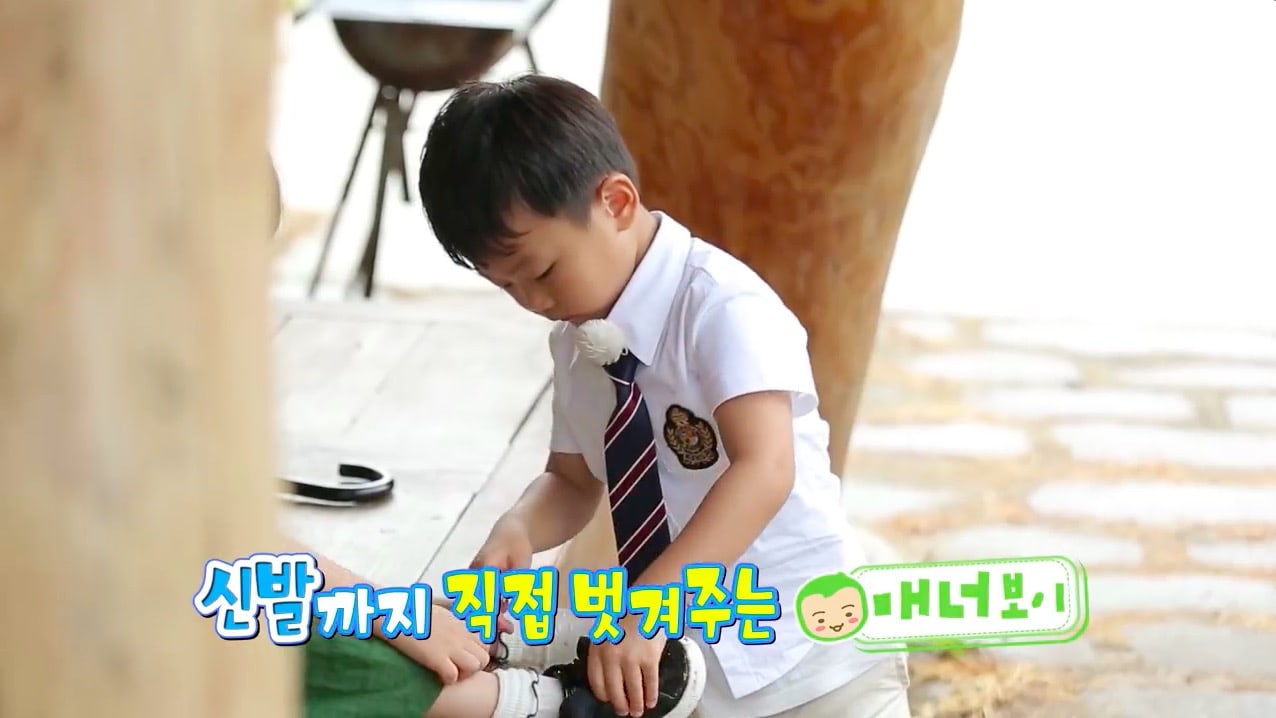 When she notices there are bugs, he even clears them away with an umbrella! “You’re the best!” says Na Eun.

The pair are soon playing with cute puppies, and one of them is escaping Na Eun. She yells over to Si An, “Oppa, catch it for me!” Si An immediately runs over and brings the puppies up to the platform for her. “Good job!” she says. 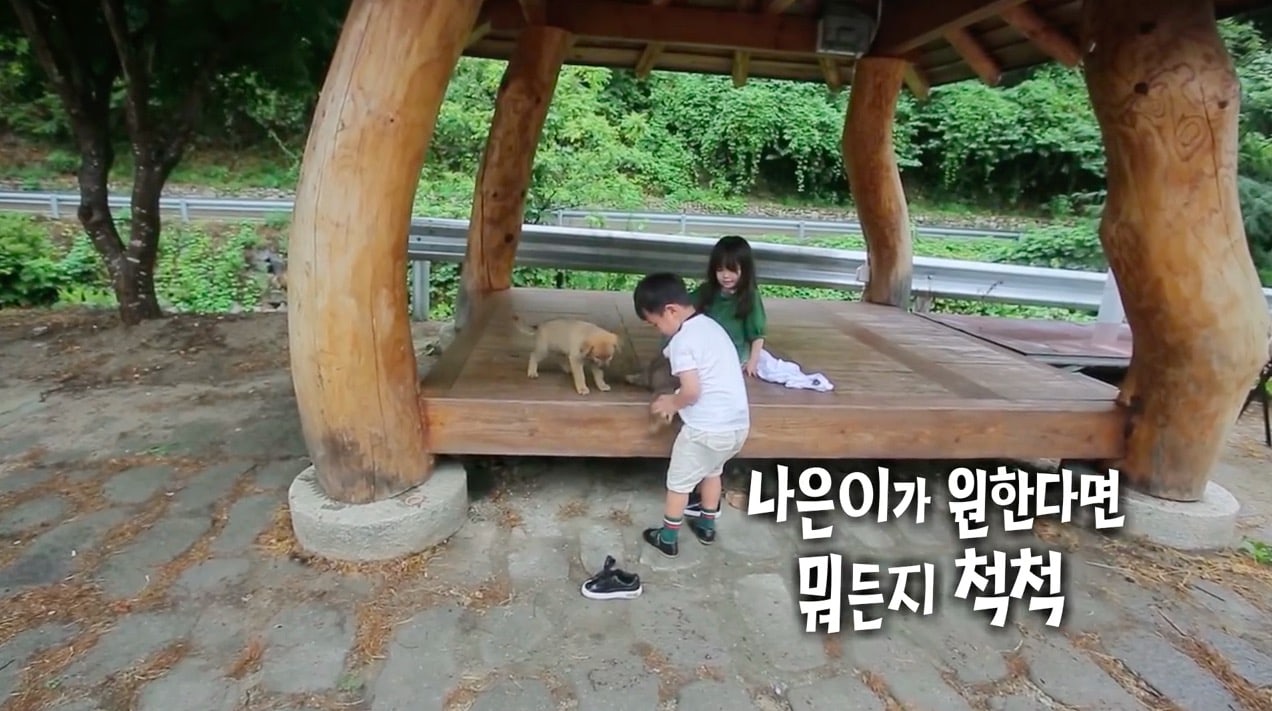 Watch the adorable preview below!

Catch up with “The Return of Superman” here!