Watch: Solar Completely Falls for Eric Nam’s Trick on “We Got Married”

On April 23’s episode of “We Got Married,” new virtual couple Eric Nam and MAMAMOO member Solar get the chance to get to know each other better as they hang out at a cafe on their first date.

After they ask each other about their favorite foods and more, Solar gets down to the basics and asks him how old he is. Once she finds out Eric Nam is 29 years old (in Korean reckoning), she asks him why his name is said as “Eric Nam” in Korean, instead of putting his family name first as “Nam Eric.”

“Because my family name is Eh,” Eric Nam lies with a flawless poker face. Solar looks suspicious, but Eric Nam asks her, “Didn’t you know?” 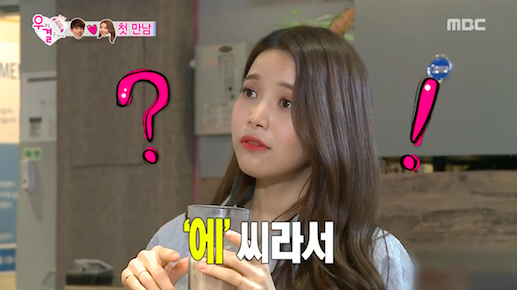 “There’s a family name called Eh?” she asks with a skeptical look, but Eric Nam continues to insist it’s true. She eventually starts to believe him, and asks, “Where does it come from? Does it have a Chinese origin?” Eric Nam looks a little surprised by her question and just replies, “I’m not sure about that.” 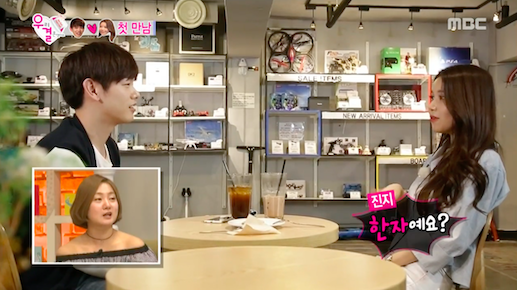 Eric Nam explains in his interview, “I try to joke with my friends a lot. I didn’t think there was any way she’d believe me, but she did! It was really cute.”

However, later on the pair look at each other’s resumes that they’ve brought with them, and Solar sees that he’s written his Korean name as “Nam Yoon Do” instead of “Eh Yoon Do.” 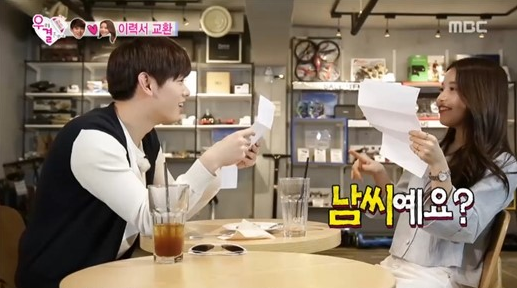 “What the heck, your family name is Nam?” she says with a laugh. “Thank you for believing me,” he replies with a grin. 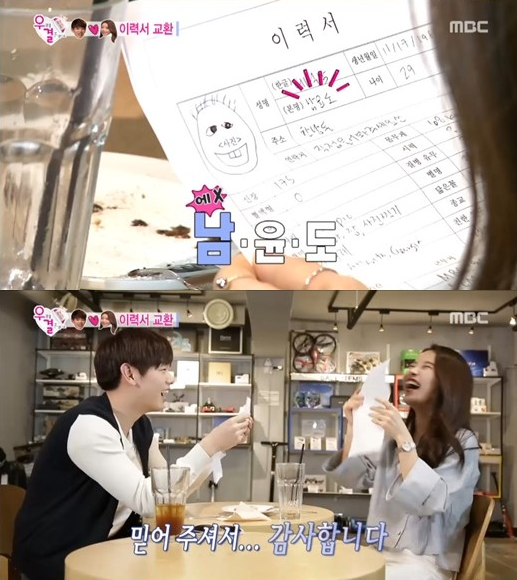 In her own interview, Solar says that she knows a lot of people with uncommon family names, like Paeng or Suk, so she thought “Eh” would be possible. She adds, “It was funny. I was glad that he tried to break the ice with a joke like that. I liked that he did that and was grateful.” 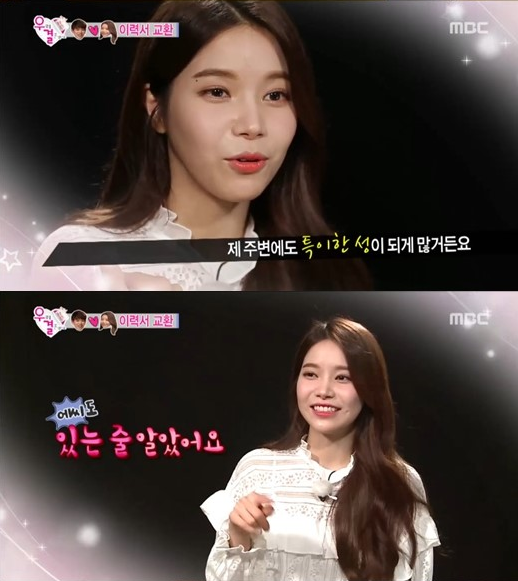 As Eric Nam is reading her resume, he points out one of the nicknames she’s written down. “What’s Ye-Ba?” he asks her. Solar bursts out laughing but refuses to explain it to him.

Solar cackles as she explains to the crew in her private interview, “It stands for ‘beautiful dummy’ [yeppeun babo]. I often fall for my members’ jokes, so my fans say I’m a bit of a dummy. They call me a beautiful dummy.” She adds, “I was too embarrassed to call myself that in front of him!” 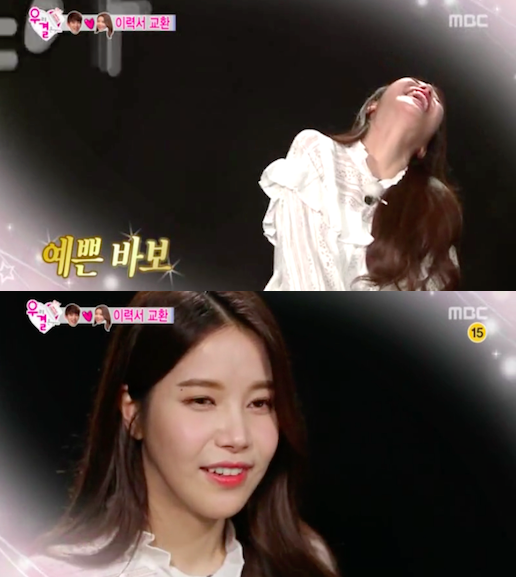 Watch Solar get tricked by Eric Nam below!