Watch: Son Ye Jin And “Pretty Noona Who Buys Me Food” Staff Surprise Jung Hae In For His Birthday

Son Ye Jin and Jung Hae In showed off their adorable off-screen chemistry and friendship as well as a sweet birthday surprise in a making video for “Pretty Noona Who Buys Me Food.”

The making video begins with Jung Hae In and Son Ye Jin filming an outdoor scene, where they walk along the street and tease each other with some physical affection. They first practice the scene on their own, laughing and having fun while doing so. The two then begin filming, and Jung Hae In swoops in for a quick peck on the cheek, surprising Son Ye Jin. 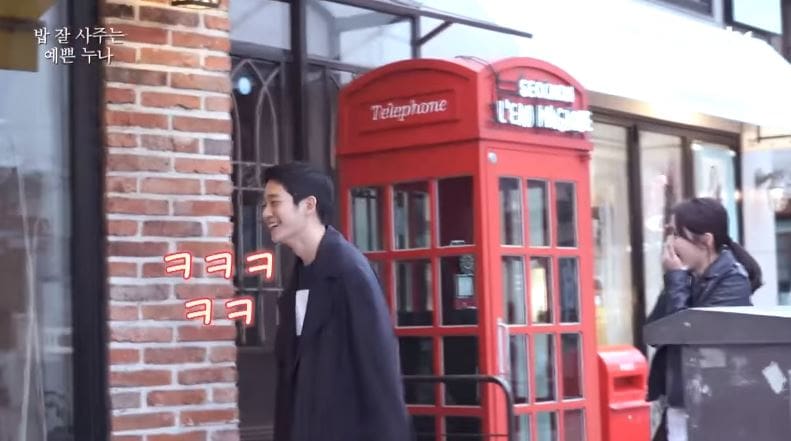 In turn, she playfully wrestles with him on the street, as they had planned. The actress ends up spontaneously pushing him to the wall, and leans in. When the director yells cut, Jung Hae In mentions how surprised he was, and Son Ye Jin expresses her regret and says, “I should have just done it [kissed him].” The director however, reassures her and says that it was enough. 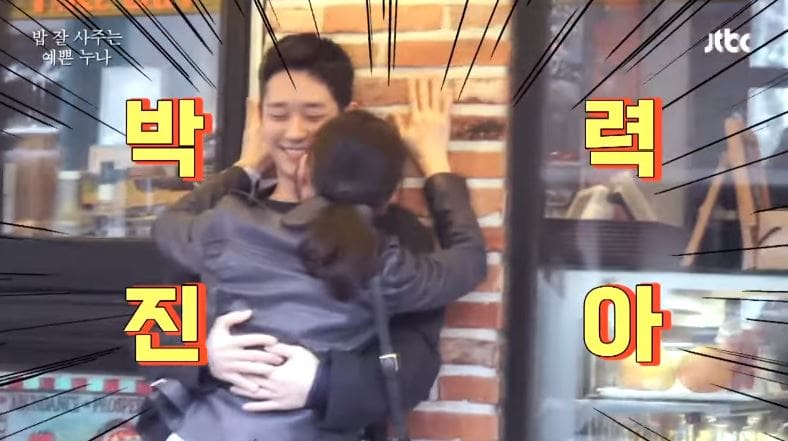 Son Ye Jin and Jung Hae In film a restaurant scene next. After the director yells cut, staff members come in with a birthday cake and start singing for Jung Hae In, whose birthday was on the filming day. The actor thinks for a long time as he makes his wish, and blows out the candles. 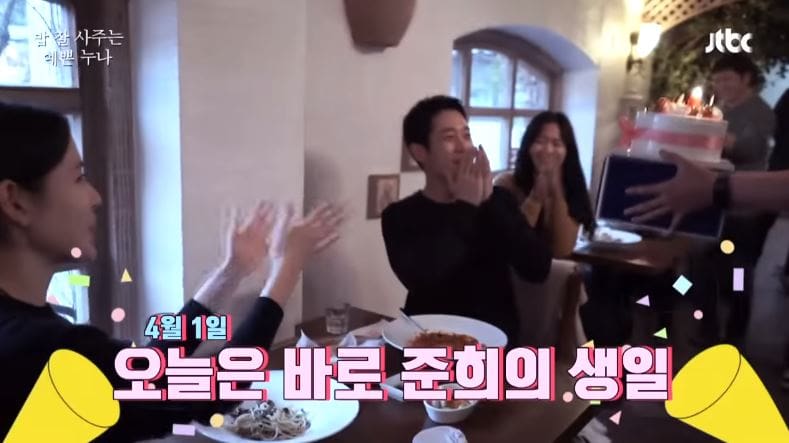 Because his birthday was on April 1, the director and Son Ye Jin begin teasing Jung Hae In. The director jokes, “The cake was around 2 million won (approximately $1,850). I bought a present, but I kept it in the car in case someone steals it.” Son Ye Jin and the director also tease him by saying, “What if it’s not your birthday today?” The actress chimes in and says, “Maybe your existence is a lie!” and the director even asks him, “Are you really Jung Hae In?” 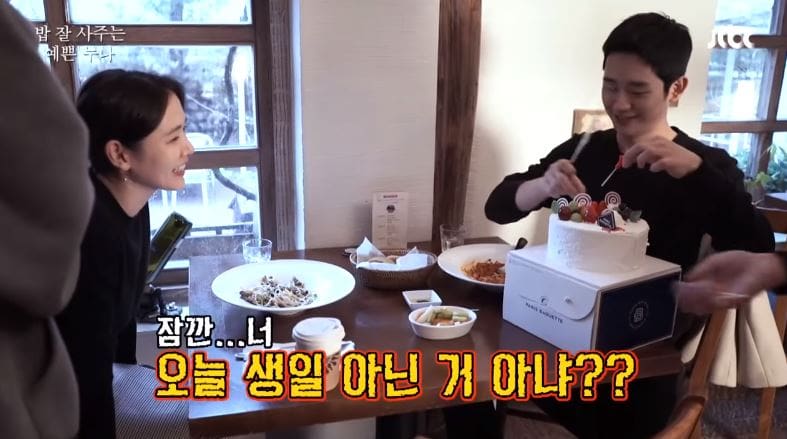