Watch: Song Ji Hyo And Her Brother Complain Non-Stop As They Attempt Aerial Yoga For Couples

What better way to test a sibling relationship than with aerial yoga meant for couples?

In aerial yoga, couples work together on a single hoop to maintain difficult poses and improve one’s sense of balance. As expected, the brother-sister duo ran into difficulties even getting up on the hoop. When Song Ji Hyo hit her foot trying to get up on the hoop, her brother just laughed at her until she scolded him, “You shouldn’t stand there laughing but help your older sister get up.” 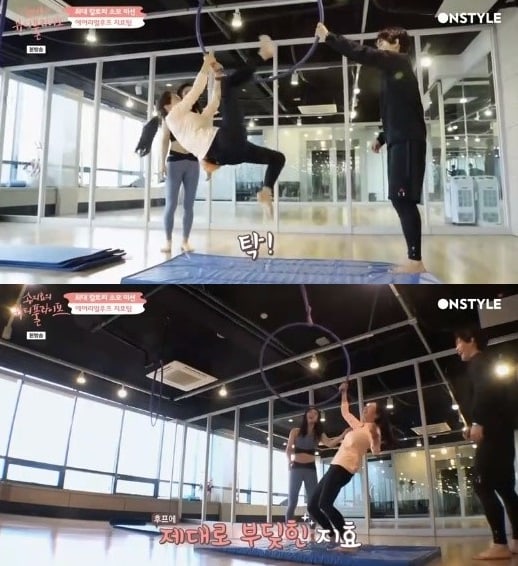 When both of them went up on the hoop, they struggled for breath and balance as they used their arms to hold themselves up. Both of them ended up complaining non-stop, with Cheon Seong Moon complaining of pain in his hands and Song Ji Hyo complaining about pain in her hands. As they almost achieved the first pose, he said, “Why is the hoop leaning to my side?” and she said, “It’s harder because you’re doing that!” However, they did achieve the pose in the end. 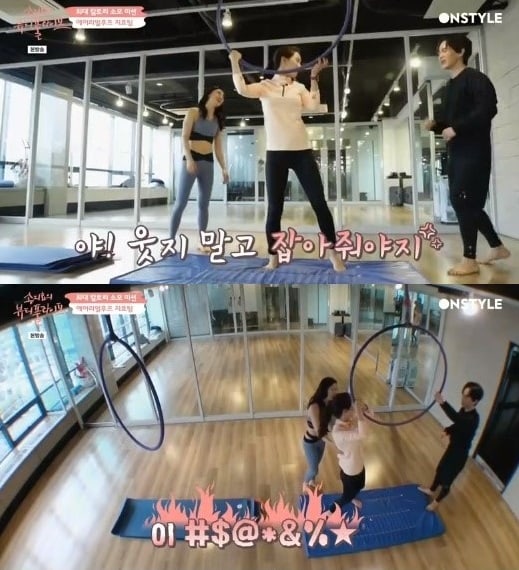 For the next pose, Cheon Seong Moon complained that Song Ji Hyo had pinched his legs and things went downhill from there as it became difficult for two people to hang from the hoop at the same time. In the end, they gave up with Song Ji Hyo saying, “I don’t think the two of us can do it.” 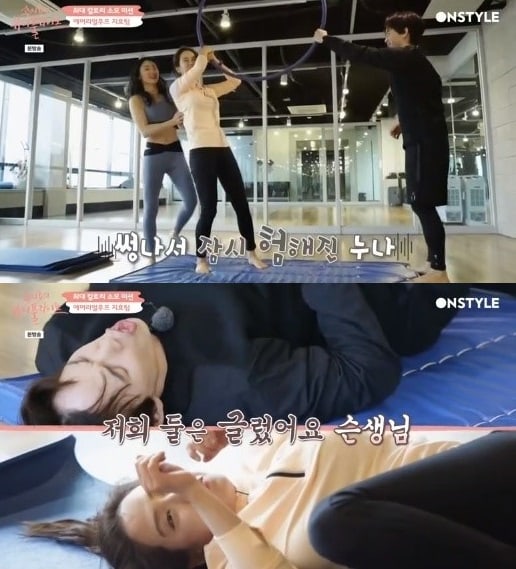 Check out the videos below!