On November 14, Stray Kids showed off their charms by appearing on the idol variety show eight months after their debut.

The group’s leader Bang Chan said, “I prepared a logo song for ‘Weekly Idol,” and revealed a fun song. He began singing, before the other members and MCs joined in and sang along towards the end.

After listening to the song, the three MCs commented, “Your song-making skills are excellent. [The song] is really good.” 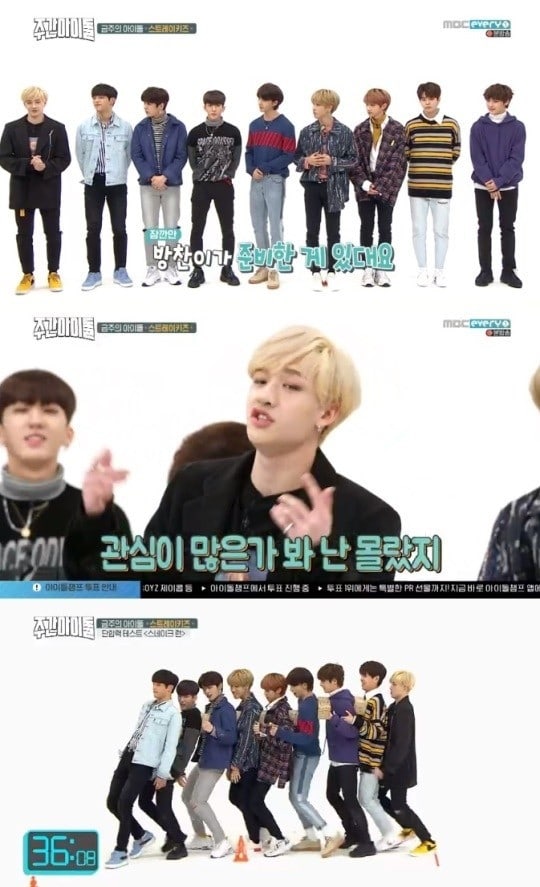 Each of the nine members was given time to showcase his individual charms. They did so using their vocal and rap skills, impersonations, and other unique talents. I.N, the youngest Stray Kids member, confidently sang trot. Seungmin revealed that he’s the only JYP artist to have “Seung” in their name and performed one of TWICE’s songs.

After stating, “I’m from Australia. A Korean saying I recently learned is, ‘Fight fire with fire,’” Felix showed off his beatboxing skills. Han revealed, “I prepared five impersonations,” and also performed a freestyle rap using words that were given to him on the spot.

Hyunjin said he could dance sexily to any song, and grooved  to “Three Little Bears.” Changbin said, “I’m confident I can rap freestyle a little bit better than Han. I can read any sentence quickly.”

Lee Know revealed his special finger dance. After singing, he made everyone laugh with his unique talent of moving his scalp and correctly guessed each brand of chicken.

Last but not least, Bang Chan said, “I came from Australia. I’m JYP’s son. I can identify the members with my eyes closed.” 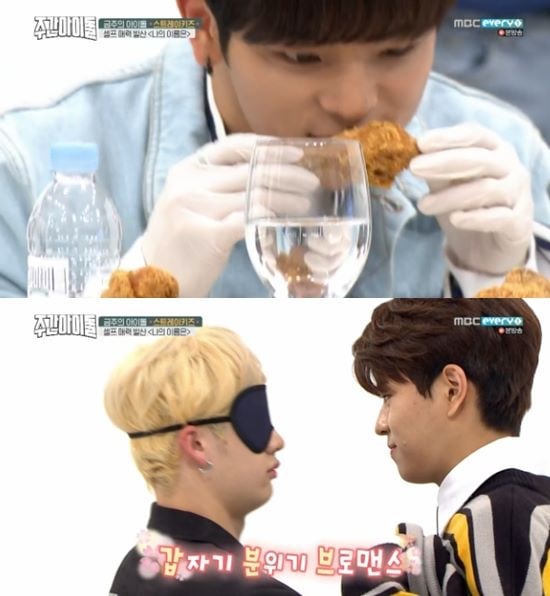 During the show’s segment, “Cuteness Song,” the group once again put their adorable charms on display. They also played a game that tested their teamwork. They completed it in 22 seconds and set the record as the youngest and fastest group. The team concluded the episode by singing Bang Chan’s logo song. 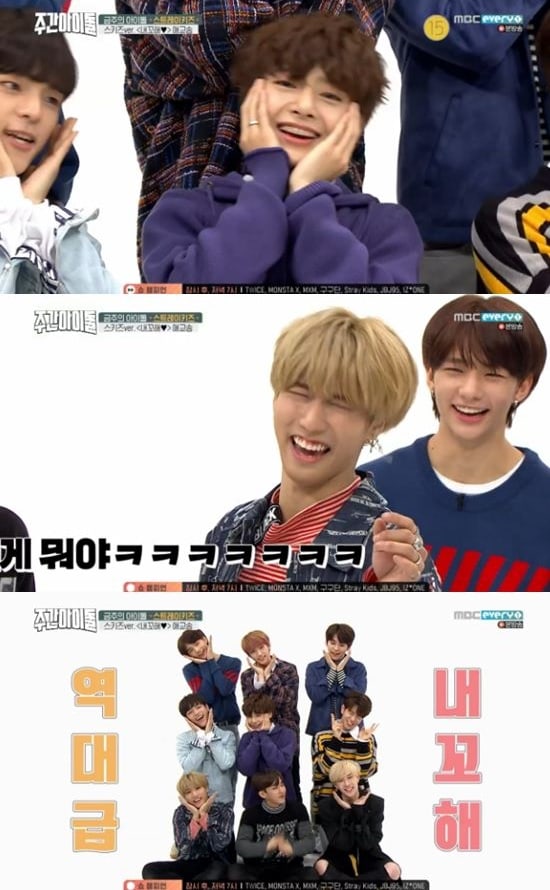