The cast of KBS 2TV’s “My Fellow Citizens” is gearing up for the premiere of their drama!

“My Fellow Citizens” is a comedy crime drama about a conman who somehow finds himself swept up in incidents, married to a police officer, and running for a seat in the National Assembly. It’s written by Han Jung Hoon of “Vampire Prosecutor,” “Bad Guys,” and “Squad 38,” and directed by Kim Jung Hyun of “Jugglers” and “Ok Ran Myun Ok” (literal title).

“Thank you for coming from afar,” began writer Kim Jung Hyun. “I hope it’ll be a fun one night and two days not unlike an MT [Membership Training].” Choi Siwon fell into his role as Yang Jung Guk, a veteran conman who’s never been caught by the police, and Lee Yoo Young transformed into his wife, a police officer named Kim Mi Young.

A source from the staff said, “Writer Han Jung Hoon’s flowing story and the actors’ various charms were in harmony from the first script reading, so I have big expectations for the drama. Please look forward to ‘My Fellow Citizens,’ which will bring enjoyable laughter and a refreshing story to your TV screens in the spring of 2019.” 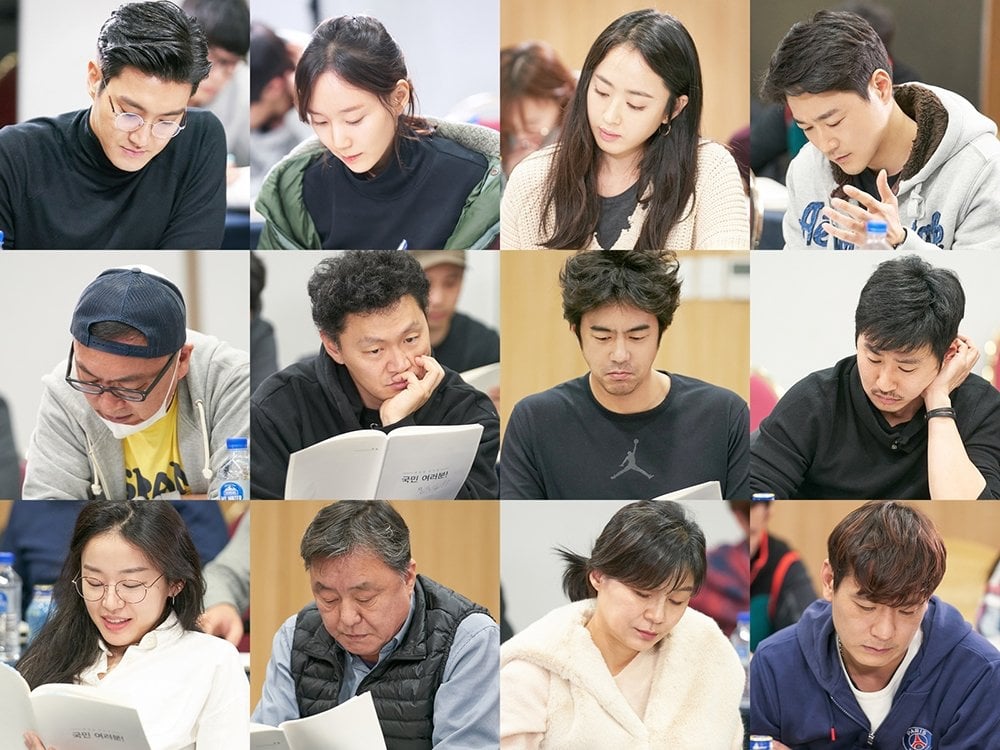 The network also revealed a video of the script reading with actors sharing their thoughts on the drama. In the video, the director, writer, and actors briefly introduced themselves before reading the script.

Describing his character, Choi Siwon said, “I’m playing the role of a conman who makes you wonder if he can become a conscientious, righteous, honest lawmaker.” Lee Yoo Young added, “[My character] was once a school bully, but she turned over a new leaf and is working as an exemplary police officer. I’m a detective who captures conmen in the intellectual crime investigation team.”

“I’m a loan shark,” said Kim Min Jung about her character Park Hoo Ja. “I’m someone who turns Yang Jang Guk into a National Assembly member, and I think I’ll be able to show you charming, chilling vibes.” Tae In Ho said, “My character studied politics in Germany and returned to Korea. He forms a relationship with Park Hoo Ja and is someone who may compete against Yang Jung Guk.”

Choi Siwon concluded, “I’m so happy that I can work with great actors and staff members” and Lee Yoo Young said, “It was so much fun.” Kim Min Jung continued, “It was fun to the point where I didn’t know that time was passing while reading the script, and I think the actors match well to their characters.”

“My Fellow Citizens” will premiere on March 25 as the follow-up to “My Lawyer, Mr. Joe 2.”

In the meantime, watch the latest episode of “My Lawyer, Mr. Joe 2” now: