Watch: Taeyang Sings Duet With a Woman for the First Time in His Career on “Fantastic Duo”

On the April 24 broadcast of SBS’s “Fantastic Duo,” BIGBANG’s Taeyang appeared on the show and sang a duet of “Eyes, Nose, Lips” with “Daejeon Rhythm Gangster,” a young lady.

Before the performance, the singer reveals, “This is the first time that I’m singing a duet with a woman in all of my career,” and, “I was really expectant while preparing for this stage. I think it will be a meaningful performance.” 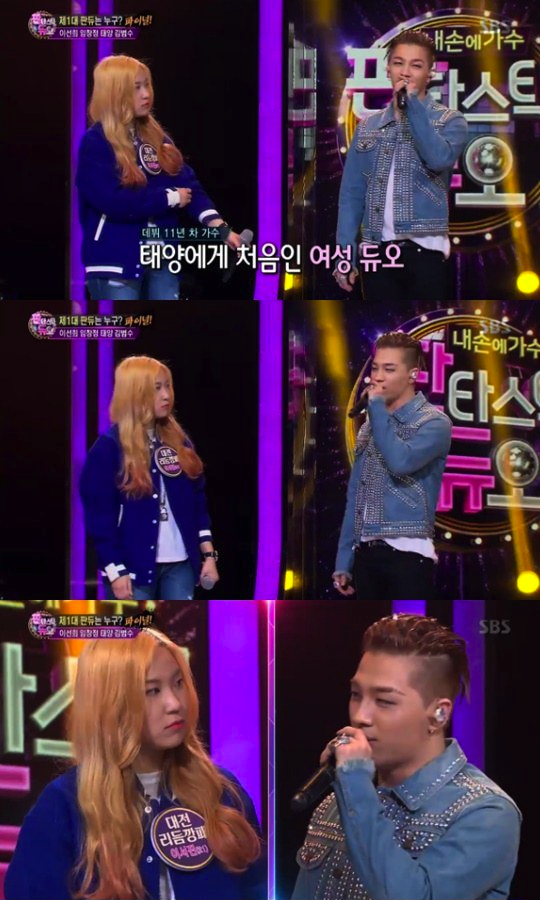 When asked if he could beat singer Lim Chang Jung’s score, Taeyang answers that he would do his best.

Check out Taeyang’s first duet with a lady below!

Meanwhile, Taeyang sang an impromptu rendition of the song with Kim Bum Soo and Lim Chang Jung in a previous broadcast of the show as well.