Watch: TWICE Comments On Filming “Running Man” And Which Cast Member Would Be A Good Fit For Their Group

SBS’ “Running Man” has released another teaser featuring TWICE as guests on the show!

The clip released on April 28 KST begins with a peek at TWICE coming onto the set of the show and the happy reactions of the cast.

For the rest of the video, TWICE members talked about it was like to film for “Running Man.” When the group’s leader Jihyo asked the members to share their thoughts, they said that it was fun and that they laughed a lot.

Momo added that TWICE appeared as a whole group on a variety show for the first time in a while, to which the others agreed. Sana said, “Whenever we come on ‘Running Man,’ they take good care of us,” and Dahyun thanked the cast for being so kind to them.

The TWICE members then chose the MVP among themselves based on what they filmed already. Dahyun picked Momo while Jihyo chose Dahyun. She added, “And Nayeon for showing off her cuteness.” Chaeyoung pointed out that Jihyo also stood out today and Momo added, “Honestly, I was surprised by each one of you today. Who knew you’d all be so good at acting cute?”

The girl group was also asked to choose between Jun So Min and Song Ji Hyo as the “Running Man” member who would fit in with TWICE. 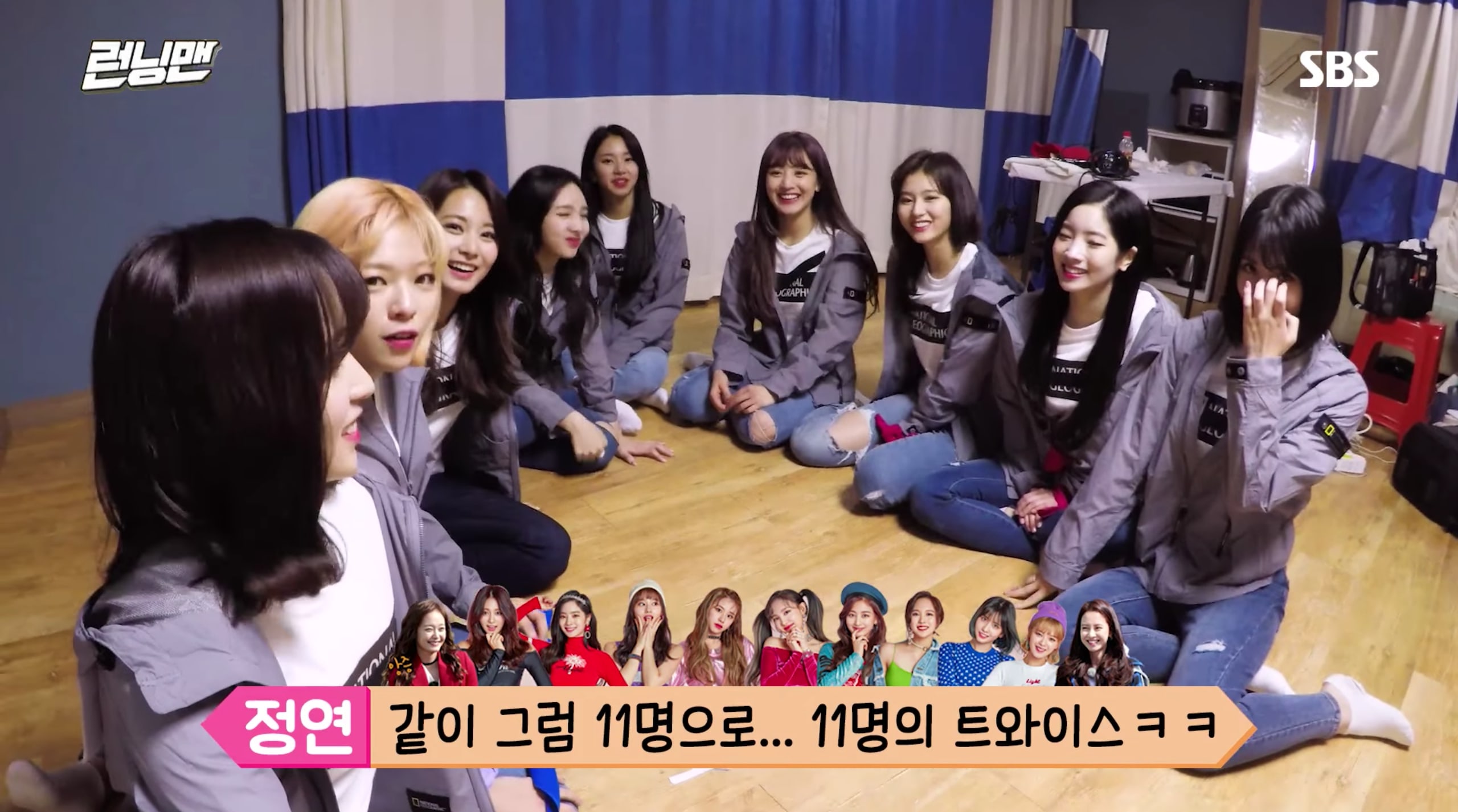 Jihyo answered, “I was on the same team as Jun So Min today and she took really good care of me. So, I think it’d be nice to have her on the team as an older sister.” Dahyun commented, “I was surprised because she is so pretty in real life. She could join our member as the visual member.”

Jungyeon added, “Song Ji Hyo also took really good care of me even though I was on a different team.” Jihyo asked, “Isn’t her face really small?” and Momo said, “Her eyes are really pretty and her skin is really nice.”

Nayeon commented, “When she dances, she doesn’t get shy or embarrassed, so I think it’d be okay if she was in a girl group.” Jungyeon then suggested that they both join and promote as 11 members.

TWICE then answered which member they thought would be best at dancing the point choreography of “What is Love?” Tzuyu named Kim Jong Kook, inciting the other members to talk about his dancing skills.

Sana concluded, “Like they said, thank you so much for taking good care of us and TWICE is still working hard to promote ‘What is Love?’ We will continue to work hard during promotions so please look at us with love.”

TWICE’s appearance on “Running Man” will air on Sunday, April 29 at 4:50 p.m. KST. Check out the preview clip below.