Watch: TWICE Gets Playful As They Answer Questions From Fans On “Ask In A Box”

TWICE had fun answering questions from their fans in 1theK’s “Ask in a Box” video!

TWICE started the video with each member saying the name of their newest title track “What is Love?” in nine different languages.

Sana was asked to describe each member as a food. She described Chaeyoung as a mango because she likes dried mangoes, Dahyun as ramen, and Jeongyeon as Americano because she looks cool when she shows up somewhere holding a cup of coffee.

She then described Mina as a salad with avocados, Nayeon as food that someone else is eating because she always likes to ask others for one bite, Tzuyu as watermelon juice, Jihyo as melon, and Momo as the drink Pocari Sweat because TWICE is the model for the ion drink.

Nayeon responded to a fan’s question about the progress of her “chocolate abs” that she promised to show fans at TWICE’s concert. Nayeon said, “I’m exercising really hard.” The other members agreed and added that she even exercised in the morning.

Nayeon laughed and said her stomach is so pale that it’s hard to see the abs. She then joked that she told fans she would show them her abs at a concert and not necessarily the next concert.

A fan asked Mina what she did on her birthday and if she received kisses from the members. Mina said, “We were in Chile on my birthday and at 12 a.m., Chaeyoung suddenly said, ‘Oh, it’s Mina’s birthday,’ and she was the first one to wish me a happy birthday.”

She then sounded confused and said Sana gave her a kiss when it was actually Momo. Nayeon got up during the video to give her a belated birthday kiss. 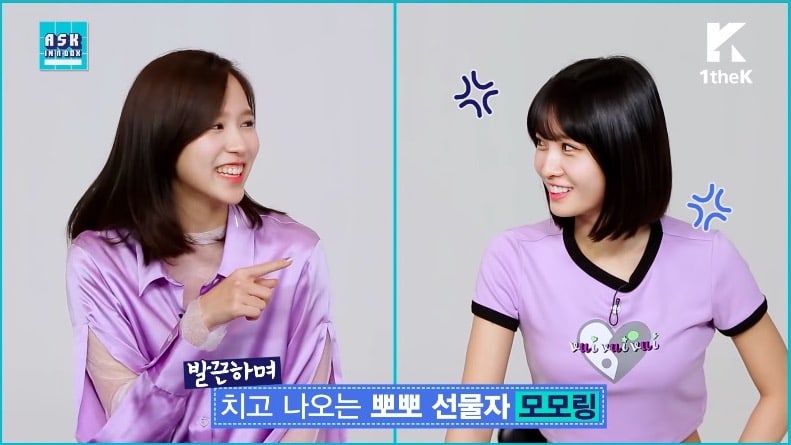 Chaeyoung revealed the secret to her gorgeous selfies. Other members poked fun at her and mimicked how she takes selfies in hotels. Chaeyoung explained that hotel rooms have yellow lighting that makes your skin look pretty.

She also showed members how she slightly slants her phone and looks up at a 45-degree angle to achieve the perfect selfie. Tzuyu followed her advice and achieved taking “her best selfie ever” according to her members. 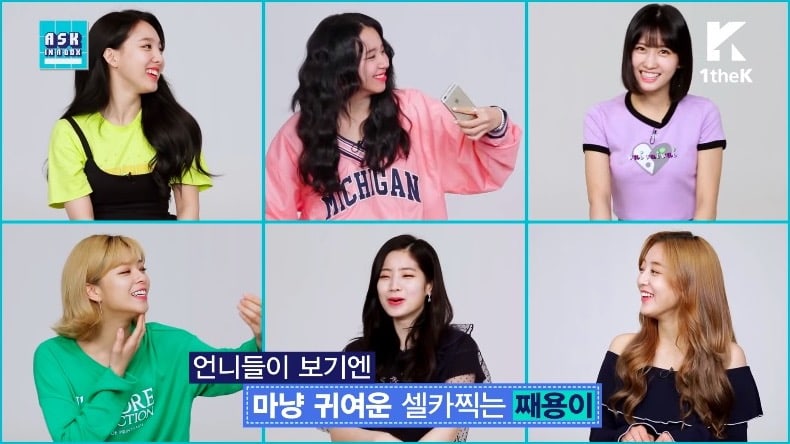 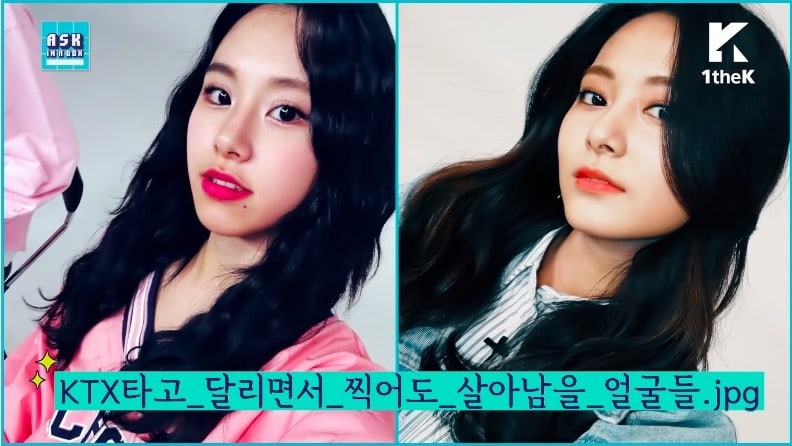 A fan wrote in to ask Jeongyeon if she was embarrassed to share her selfies with fans via TWICE’s social media. Other members also agreed that she was the member who posted the least on social media.

Jeongyeon said that she doesn’t take a lot of selfies, but records lots of short clips which she would upload but thinks they’re boring to watch. She said she’ll try her best when the members disagreed that they’re boring and asked her to post one at least once a week.

When asked to send a message to herself during her trainee years, Nayeon suggested telling her past self to never cut her hair short and Jeongyeon agreed. “Don’t ever cut your hair to a shiny hairstyle in a salon in Cheongdam neighborhood!” warned Jeongyeon. 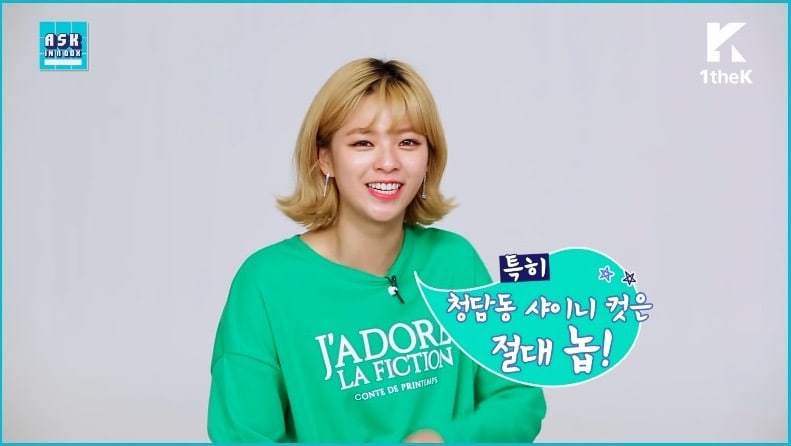 Dahyun had to answer where she’d go on a trip and the three members she’d go with. After answering Hawaii as her destination and Chaeyoung as someone she can talk to on the trip, Dahyun had difficulty choosing two more members and asked if they could all just go together.

Jeongyeon asked her to name the three people she wouldn’t want to go with instead, and Momo joked that just Dayeon and Chaeyoung should go on the trip. 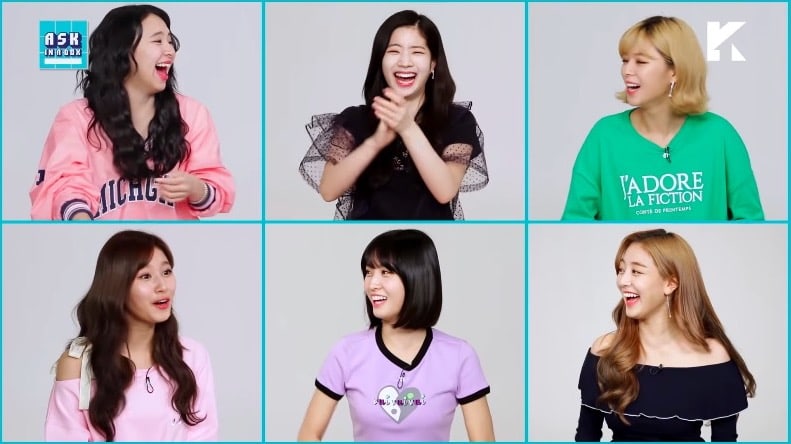 Tzuyu was asked about her preference for romantic or scary movies. Knowing her all too well, TWICE members quickly answered Tzuyu likes romantic movies.

Tzuyu said she recently watched the film “Everything Everything” on the plane and that it made her heart flutter.

Jihyo talked about her habit of talking while using her hands. She explained that she feels like she can express herself better when she uses her hands, and the other members mimicked her.

The TWICE leader also was asked to name the member who needs to be taken care of the most, and all of the members looked at Momo. They explained that Momo is good but slow, so Jeongyeon does everything for her.

The members also shared that Jihyo recently yelled at Momo to be more responsible and how Tzuyu is forgetful of her luggage and cell phone.

Momo chose a pig when asked what animal she’d want to be for a day. She agreed when other members asked if it’s so that she can eat whatever she wants for a day. Momo added it’s also because she’s curious about the thoughts of a pig when overweight people get called pigs.