Watch: UNB And Forestella Blow The Audience Away With Their Renditions Of Past Hits On “Sugar Man 2”

On the May 13 episode, both groups expressed confidence in their performances. MC Yoo Hee Yeol stated, “Today, our team’s ‘Sugar Song’ is the best song out of seasons one and two.”

The MC continued, “This is a singer who sang an emotional ballad that is representative of the 2000s. It also was No. 1 on music charts for a long time.” Actress Son Ye Jin, who currently stars in the popular JTBC drama “Pretty Noona Who Buys Me Food,” also appeared via video message as an informant.

The first “Sugar Man” turned out to be E.O.S’s Kim Hyung Joong! He appeared on stage while singing his song “Maybe It Was” (literal title).

He revealed that he had been in Portugal before he came to Korea right away at the request of Yoo Hee Yeol. He explained, “‘Maybe It Was’ was a song that Yoo Hee Yeol gave to me. At first, no one thought of it as a title track.”

On why he quit his career as a singer, he said, “My first and second solo albums were successful, but things started to not go so well starting with the third album. After that, I became distant from the public’s interest.” 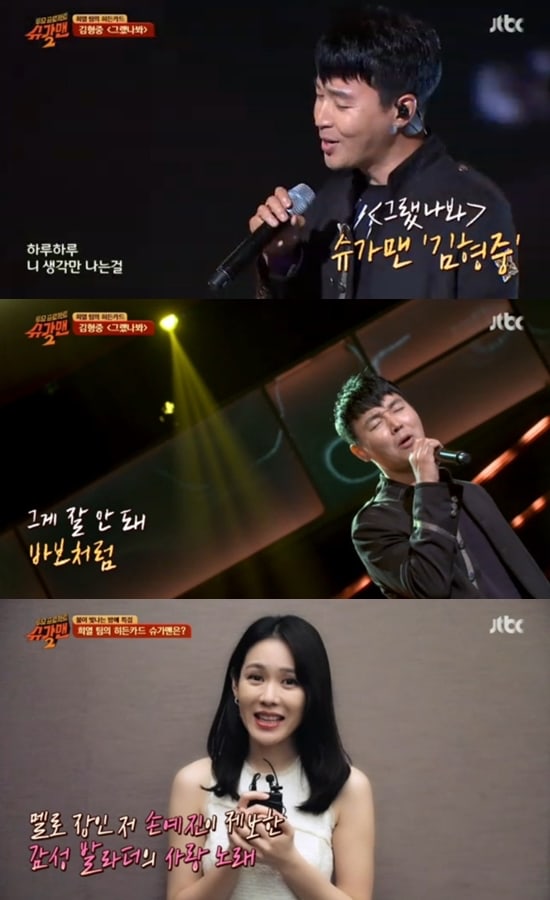 MC Yoo Jae Suk announced, “Our team’s ‘Sugar Man’ is a main candidate for the emotional ballad that represents the 2000s.”

The second singer was revealed to be Tim, who sang his beloved track “I Love You” (literal title). This song was played 3,940 times on various broadcasts just in the year 2003. As soon as he appeared on stage, the audience cheered and sang along.

Tim revealed, “I’m doing musicals and acting.” He added, “I felt like my worth would decrease if my popularity decreased. I had a difficult time between Tim the singer and Tim the human being.” 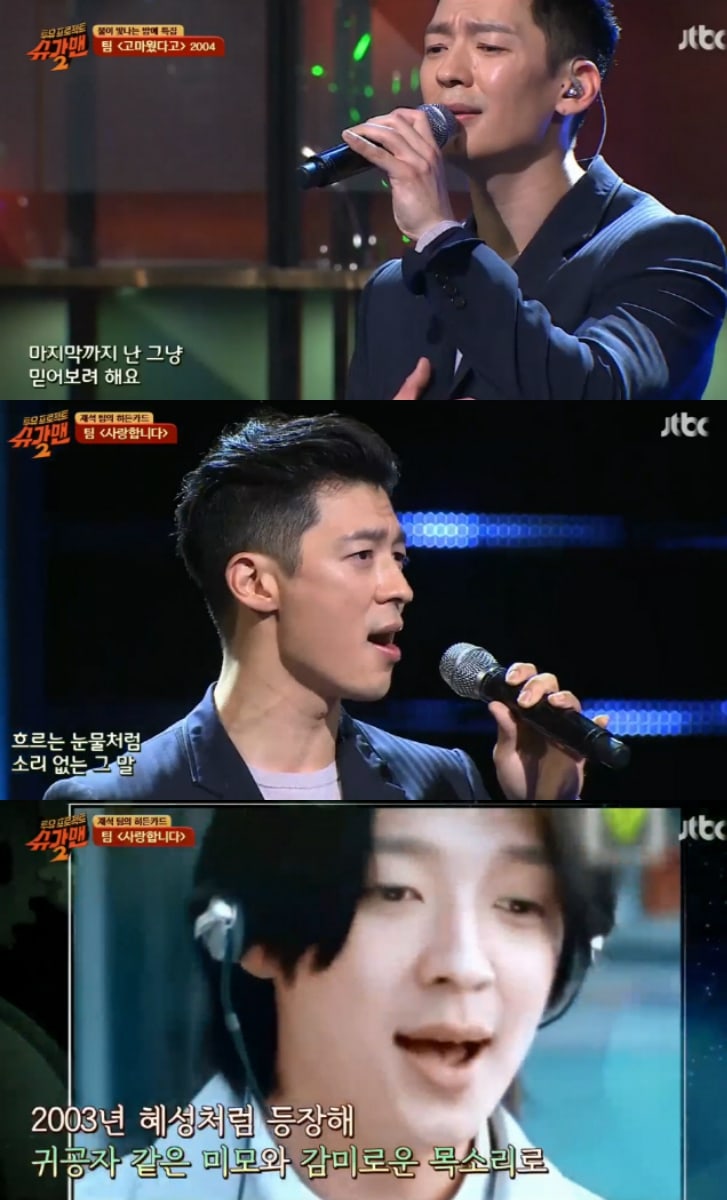 Forestella performed their 2018 rendition of “I Love You.” The combination of a traditional ballad, classical colors, and harmony of the three members gave birth to a whole new version and genre of the song.

UNB performed a new version of “Maybe It Was” (literal title). They transformed the song by adding increased tempo, feelings of springtime, and Feeldog’s rap.

Forestella ended up taking the win with about two-thirds of the audience’s votes. Let us know what was your favorite performance!