Watch: “The Unit” Contestants Battle It Out To Be Deemed The Best Vocalist

On the December 9 episode of KBS’s idol re-booting project “The Unit,” some of the contestants battled it out with their powerful vocals.

Similar to the dance battle, any contestant was allowed to perform a verse of a song of their choice in front of the other contestants. The remaining contestants would press “boot” if they thought the contestant did well, and if that person had a higher boot than the previous highest person, they would take the winner’s spot next to host and mentor San E.

See Also: Watch: “The Unit” Contestants Face Off In An Epic Battle As Rappers

The first battle took place among the male contestants. Two contestant initially fought to take the first performance – Jin.O and Jungsang, ironically from the same group A.cian. Jungsang ended up being the first winner by default with 49 boots. However, the winner kept changing as contestants such as IMFACT’s Taeho, 100%’s Hyukjin, A.C.E’s Chan, MAS’s Yonghoon, and more performed touching ballads and belted their hearts out.

MADTOWN’s Lee Geon performed a heartbreaking rendition of Kim Kwang Seok’s “If It Hurts Too Much, It’s Not Love,” and won a total of 77 boots. More challengers such as IMFACT’s Taeho came out to face him, but he was able to hold onto the winner’s seat for seven rounds in a row. However, the last challenger, 100%’s Rockhyun, sang the beautiful chorus to Park Hyo Shin’s “Distant Memories of You,” and beat Lee Geon with 79 boots. 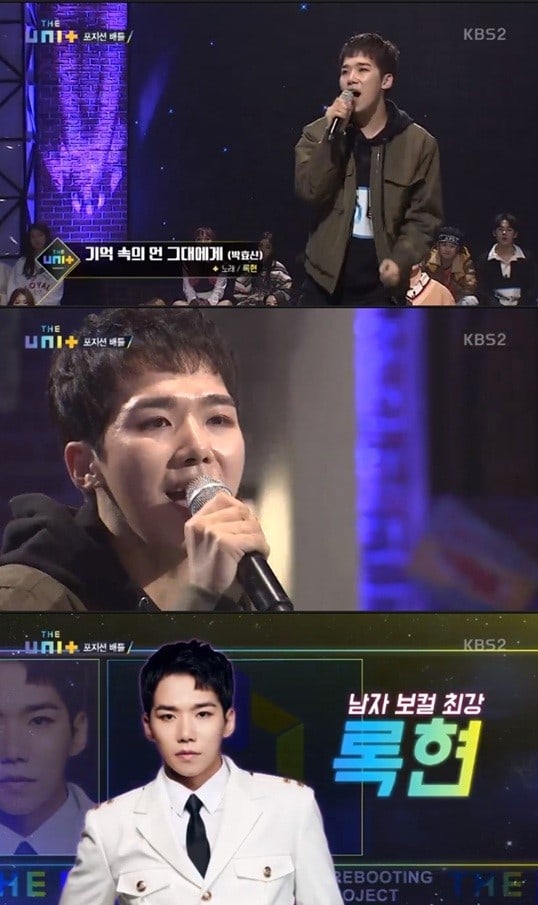 Next up was the vocal battle amongst the female contestants. Right as San E announced the start of the battle, Miss $’s Kang Min Hee stood up and walked confidently to the center, earning cheers from her fellow contestants. She won the first winner by default with 67 boots. She was able to keep the winner’s seat as Good Day’s Lucky and Genie face her, but lost her seat to Shin Ji Hoon with 68 boots.

Soon after, Han Seo In performed a sorrowful cover of Park Won’s “All of my Life,” which won her 78 boots, beating Shin Ji Hoon. Two more contestants, Melody Day’s Yeoeun and Matilda’s Haena, attempted to take the winner’s spot, but Han Seo In was the ultimate female vocal winner. 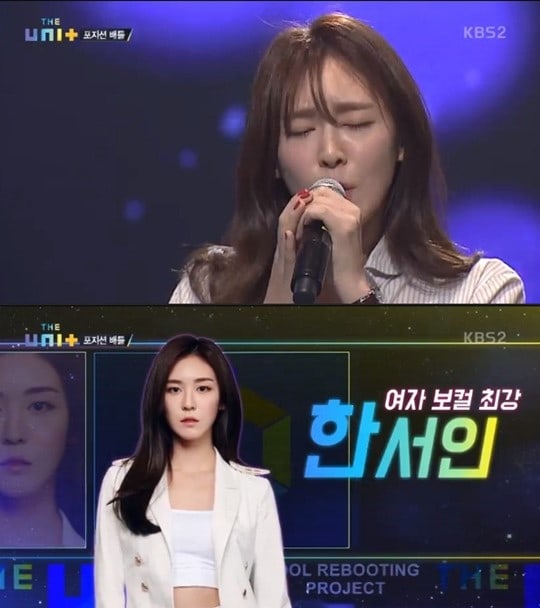 Watch some of the powerful vocal performances below!

See the rest of the full episode below!