Watch: “The Unit” Contestants Face Off In An Epic Battle As Rappers

On the December 9 episode of “The Unit,” the contestants engaged in a heated battle for the rap position in the group of their choice.

Just like the previous dance battle and vocal battle, any contestant could come up and perform a short rap, and whoever ends up with the most “boots,” or points, would be deemed the winner. The judges were their fellow contestants, who were instructed to press “boot” for any contestant they thought did well.

Among the boys, IMFACT’s Jian, U-KISS’s Jun, B.I.G’s Heedo, and Kanto all stepped up to the challenge. Jian received 42 boots, and Jun beat him with 69 boots. When Heedo came on the stage next, Jun looked troubled as he cried out, “Oh my gosh!”

Heedo commented, “I think Jun is one of the top three good-looking guys [here.]” To that, Jun joked, “So that means I’m not first place?” Heedo grew flustered and said, “I was going to [pick you as first place], but I’m kind of scared.” San E, one of the mentors of the show, brightened the atmosphere by saying, “So the top three visuals are Jun, me, and who is the last one?”

Eventually, Heedo won with 78 boots. However, Kanto, who is known for being a skillful rapper, stepped up to the plate and claimed the final victory by receiving 91 boots. 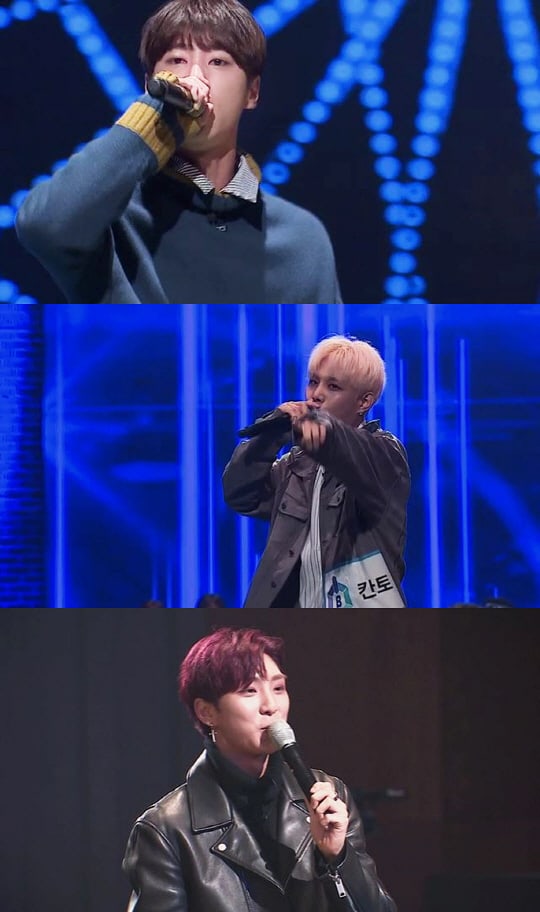 The girls’ rap battle was just as intense and fierce as the boys’. Kwon Ha Seo was the first to step up to the plate. Following her, Rubber Soul’s Kim, H.U.B’s Hyosun, and MelodyDay’s Yoomin made their attempts at the crown.

Euna Kim stepped up after Yoomin, and the crowd cheered loudly for the former “Unpretty Rapstar” contestant. The female contestants couldn’t stop praising her charismatic rapping. Janey commented, “She gives off this vibe that says, ‘I’ll show you. Listen to me.’” Euna Kim didn’t hesitate to show off her talents with her sharp, poised voice that mesmerized the crowd. In the end, Euna Kim triumphed with 67 boots. 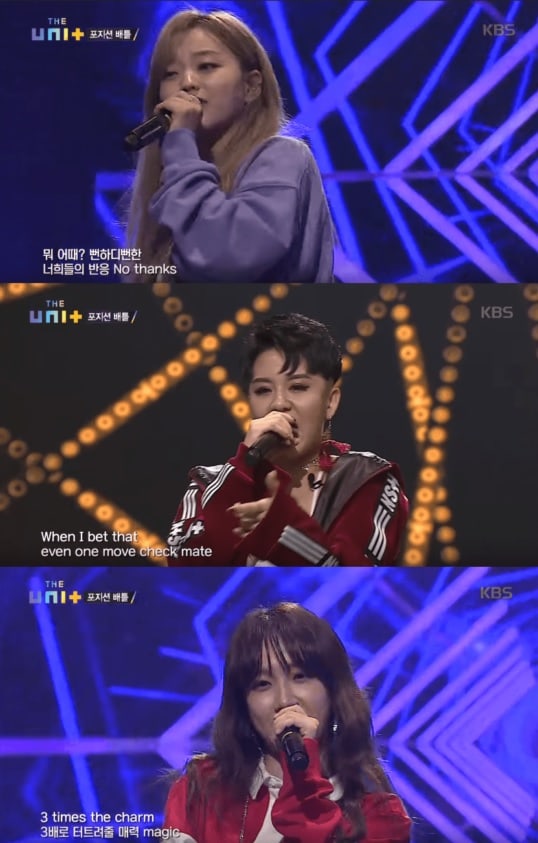 Watch the powerful performances below.

Don’t forget to check out the full episode as well!