Watch: Wanna One Reveals New Unit Introductions Amidst Merciless Teasing From One Another

Wanna One has unveiled the official group introductions for each of its new units!

In a new sneak peek at the next episode of Mnet’s “Wanna One Go: X-CON,” the members of Wanna One showed each other the synchronized group introductions that they had come up with for their four upcoming units.

Lean On Me, the unit composed of Hwang Min Hyun, Yoon Ji Sung, and Ha Sung Woon, went first. The three members introduced themselves by declaring, “Hello, we’re the cozy [unit]  Lean On Me,” before striking an adorable pose. 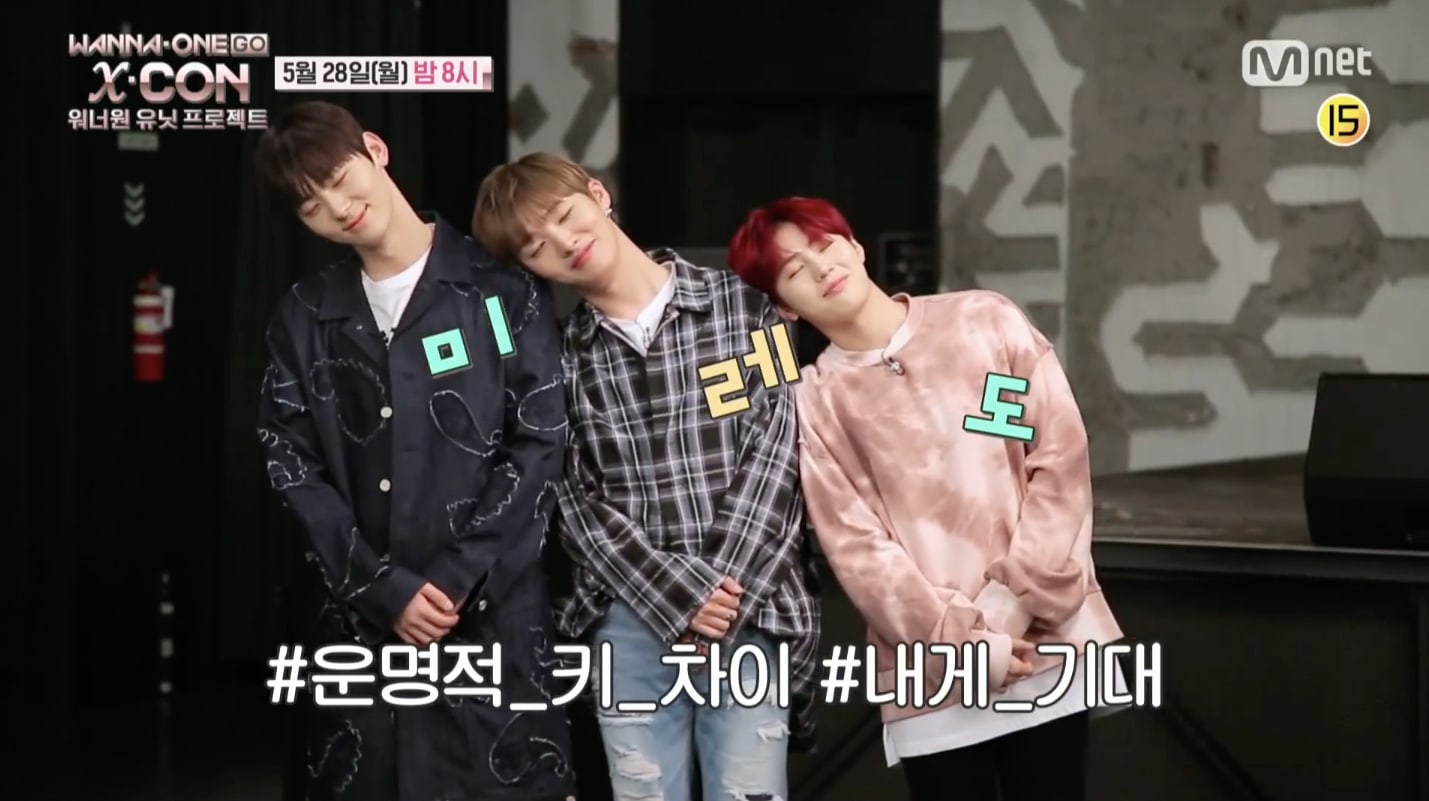 The other members had difficulty hiding their laughter as they giggled, “That’s cute.” Kim Jae Hwan commented, “They really look cozy.”

Ha Sung Woon then remarked, “Daniel, you were laughing the loudest,” with Yoon Ji Sung chiming in, “Show us what you’ve prepared.” 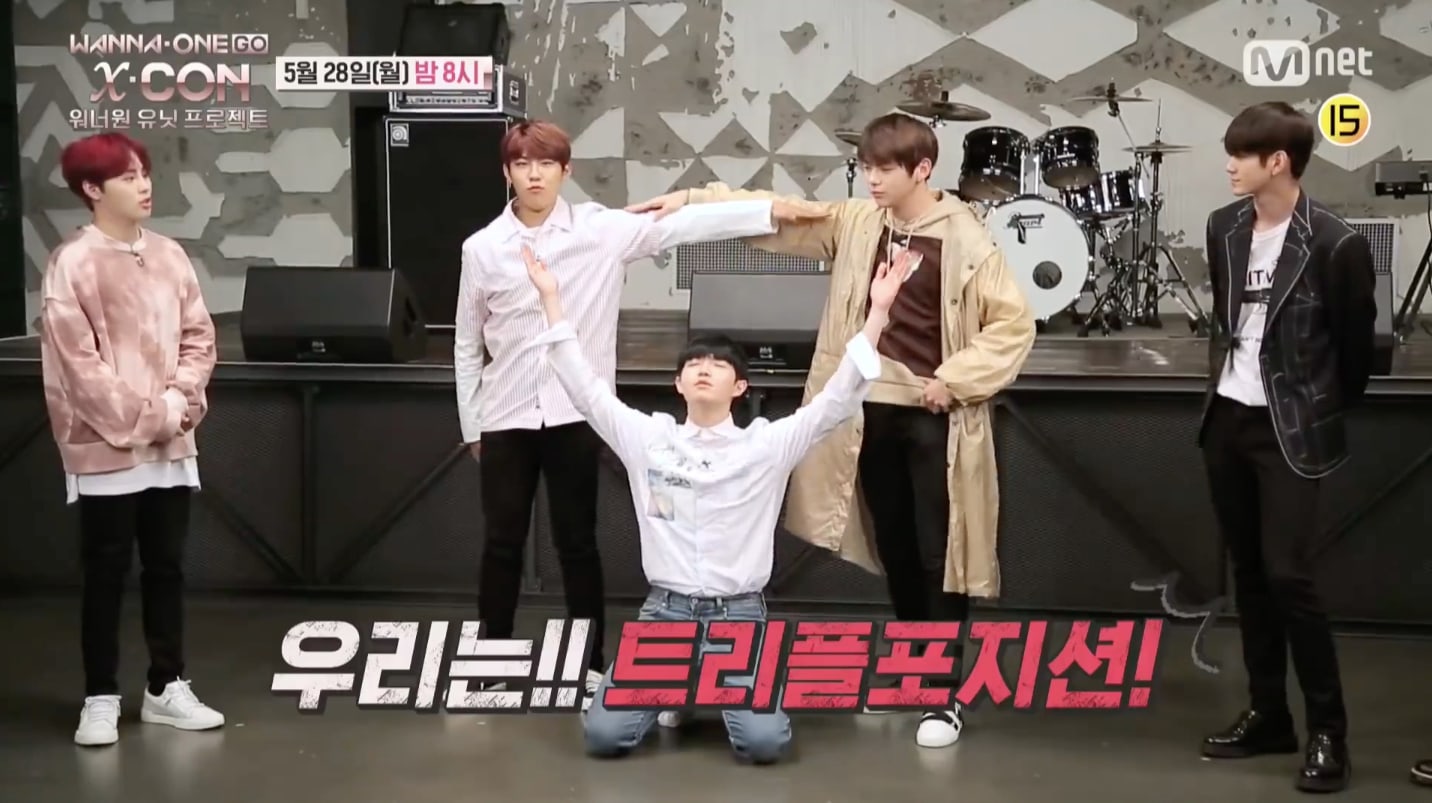 Ha Sung Woon pointed out that Kim Jae Hwan hadn’t done the same popping move as the other two members, to which Hwang Min Hyun jokingly replied, “He doesn’t know how.” The members of Triple Position insisted on doing their introduction again so that they could get it right, but the other Wanna One members didn’t let up. After the unit’s second attempt at introducing themselves, Ong Sung Woo and Park Ji Hoon teasingly imitated Kim Jae Hwan while noting, “You didn’t get the timing right.”

However, Ong Sung Woo didn’t laugh for long—his unit with Lee Dae Hwi, The Heal, was up next. Even Lee Dae Hwi had trouble hiding his embarrassment as the two attempted to strike a solemn pose together. 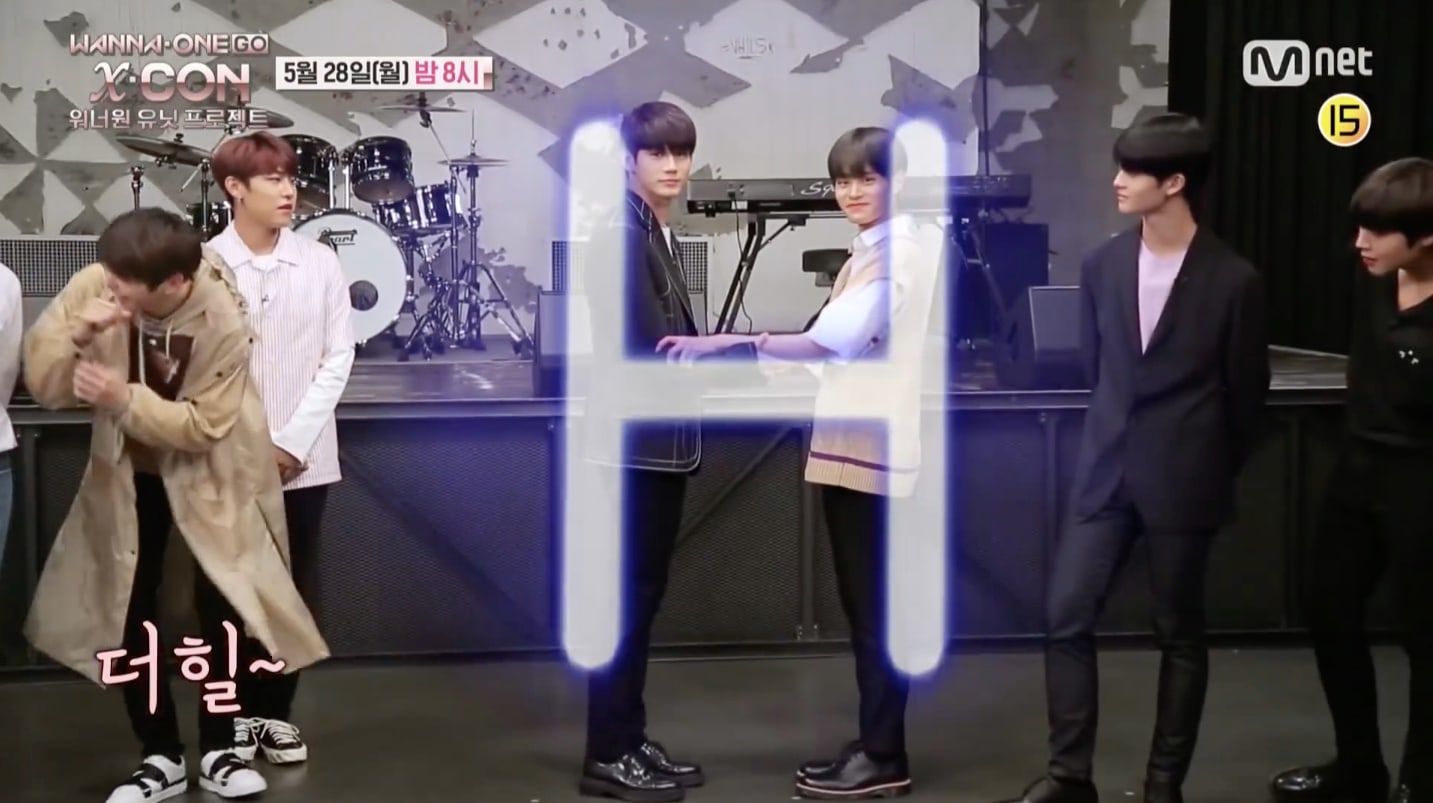 Yoon Ji Sung joked, “Is this a commercial for a hospital? I think I’ve seen something like this in a hospital commercial.” Lee Dae Hwi explained, “We’re making an ‘H’ with our bodies.”

The other Wanna One members joked, “Maybe Jin Young doesn’t want to do it,” and Kang Daniel added, “It’s because Jin Young only likes the name ‘Manhole,’” referring to Bae Jin Young’s original choice for his unit’s name. 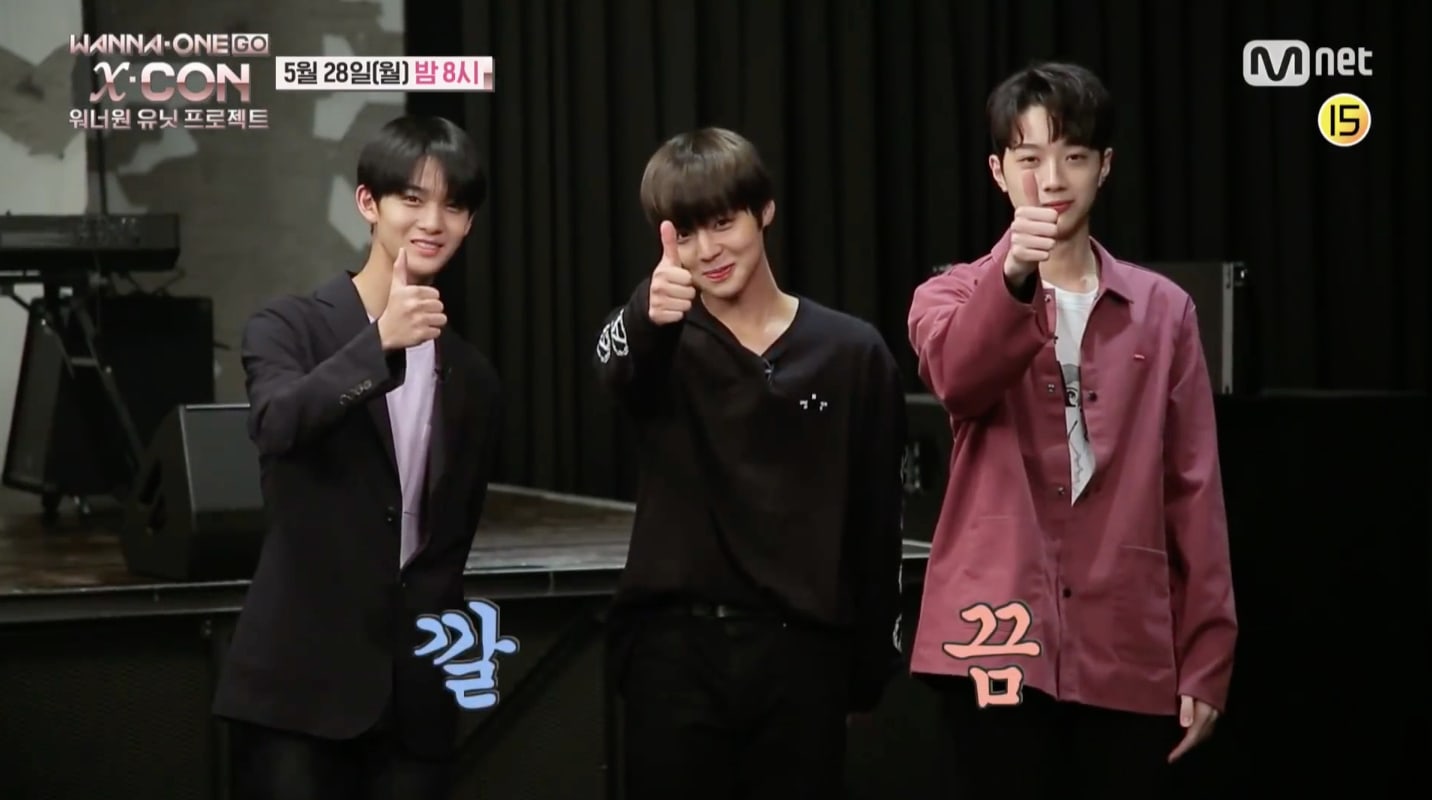 Check out the full clip of Wanna One’s new unit introductions below!