Watch: “We Got Married” Couples Compete in Bowling, Cheering, and Hand Sizes

On the April 2 episode of “We Got Married,” BTOB’s Yook Sungjae and Red Velvet’s Joy challenged Kwak Si Yang and Kim So Yeon to a bowling match.

Before the game starts, Kwak Si Yang and Yook Sungjae compare their hand sizes. In the background, Joy and Kim So Yeon try to out-nice each other by saying, “I think your husband’s hands are larger.” 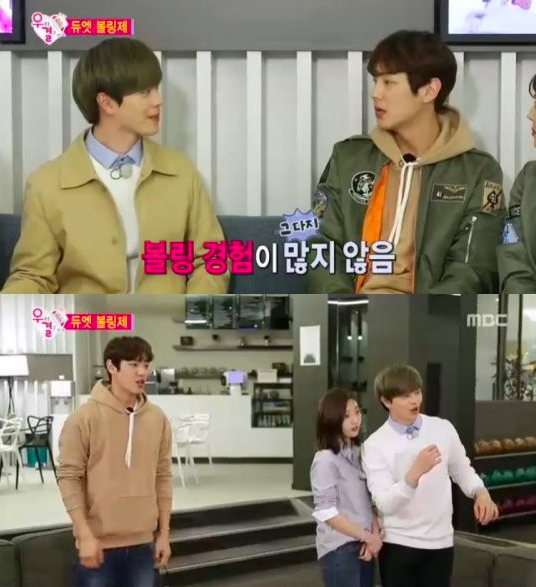 First Kim So Yeon and Joy face off. Kim So Yeon manages to knock down 7 pins on the first try and get a spare with her second, making Joy nervous. Despite Yook Sungjae’s help, Joy was unable to match her lead. 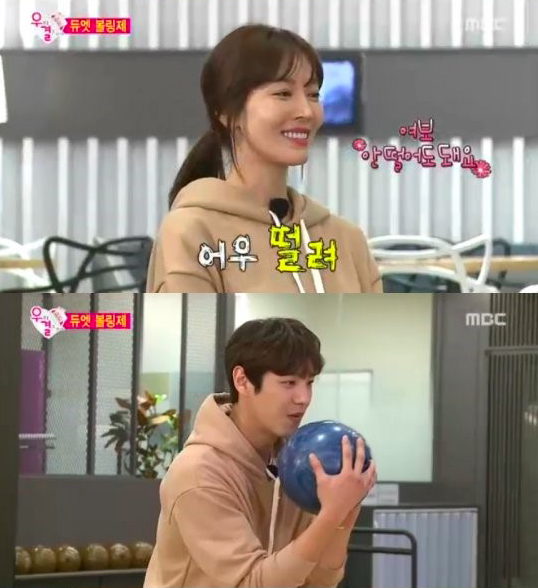 Throughout the game, despite some gains, Yook Sungjae and Joy find it difficult to catch up to Kwak Si Yang and Kim So Yeon. At one point Yook Sungjae did his best with a full swing and ended up with a gutter ball. “It’s because of your cheer,” he told Joy, who had shown off her aegyo right before he went. “It was weird.” 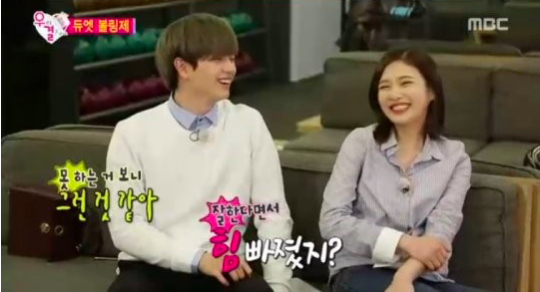 “It was,” she agreed, laughing. Kwak Si Yang imitates her aegyo when it’s Kim So Yeon’s turn, so Joy makes Yook Sungjae do it for her too. (The end result has her dropping the bowling ball.)

After a fierce bowling game that involves more creative cheers and weird missions, in the end the “Bbyu” couple lost to the “Siso” couple.

Watch the cheering “competition” below: