On the latest episode of “Running Man,” Yang Se Chan was visibly thrilled to be partners with Red Velvet’s Irene!

The two stars teamed up for the November 25 broadcast of the SBS variety show, which featured the second installment of last week’s “couple race.” Throughout the episode, Yang Se Chan was unable to hide his joy at the fact that Irene had chosen him as her partner, and the other “Running Man” cast members teased him for being overly excited about the race.

One of the games, entitled the “Barefoot Tango,” required the teams to dance together before embarking on their mission. When it was his turn to dance, a visibly eager Yang Se Chan made everyone crack up by calling out to the production staff, “Please play music that’s well-suited to a ‘couple dance!’”

The staff disregarded his request and chose to play Red Velvet’s “Red Flavor” instead, and Irene instinctively began dancing the choreography to her group’s hit song.

However, Yang Se Chan was undeterred, and he began a hilarious attempt to dance together with Irene in spite of the music. 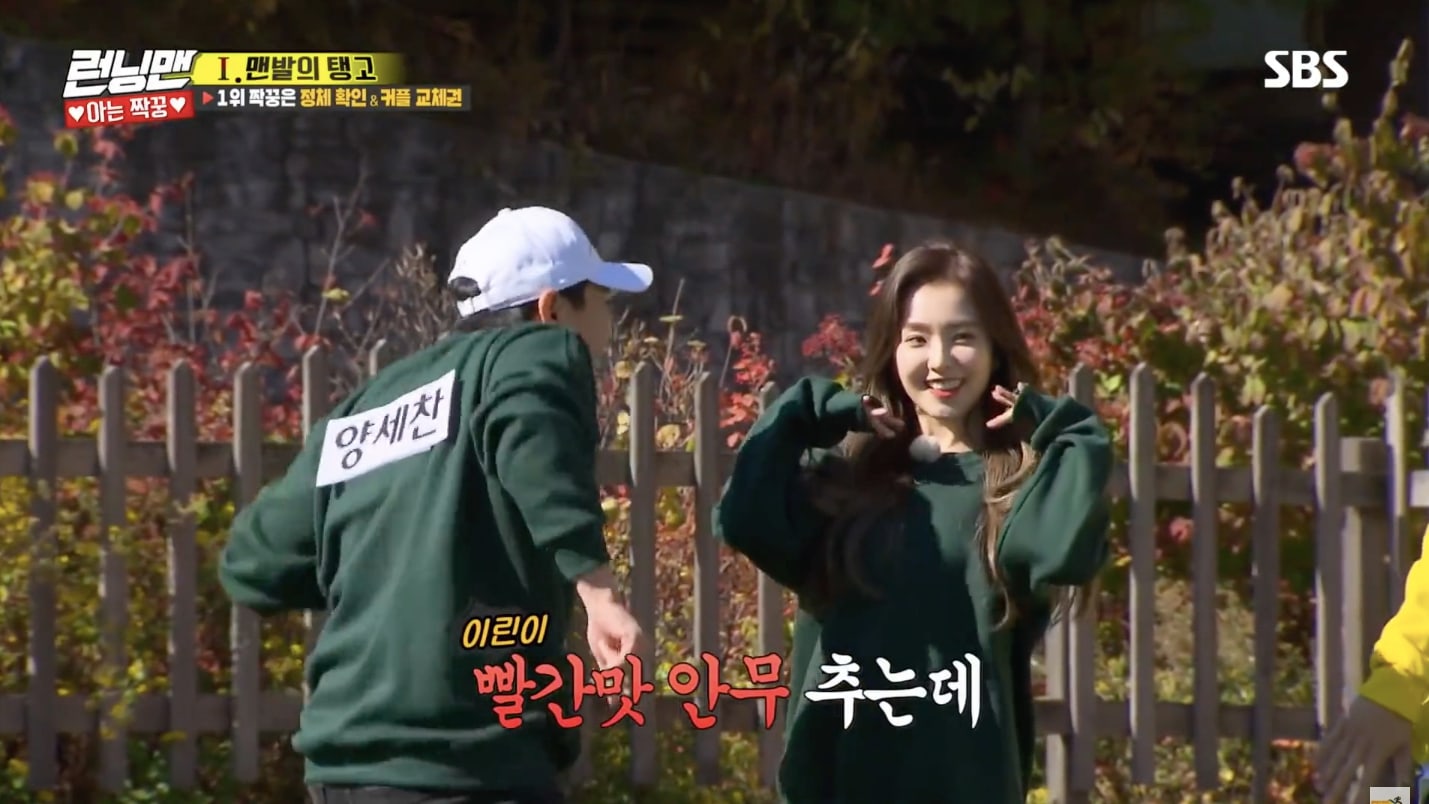 Yoo Jae Suk laughed, “[Yang Se Chan] said he wanted to dance as a couple, but Irene is dancing alone!”

In the end, however, Yang Se Chan’s determination paid off, and he was able to enjoy the “couple dance” with Irene that he had so desperately wanted. 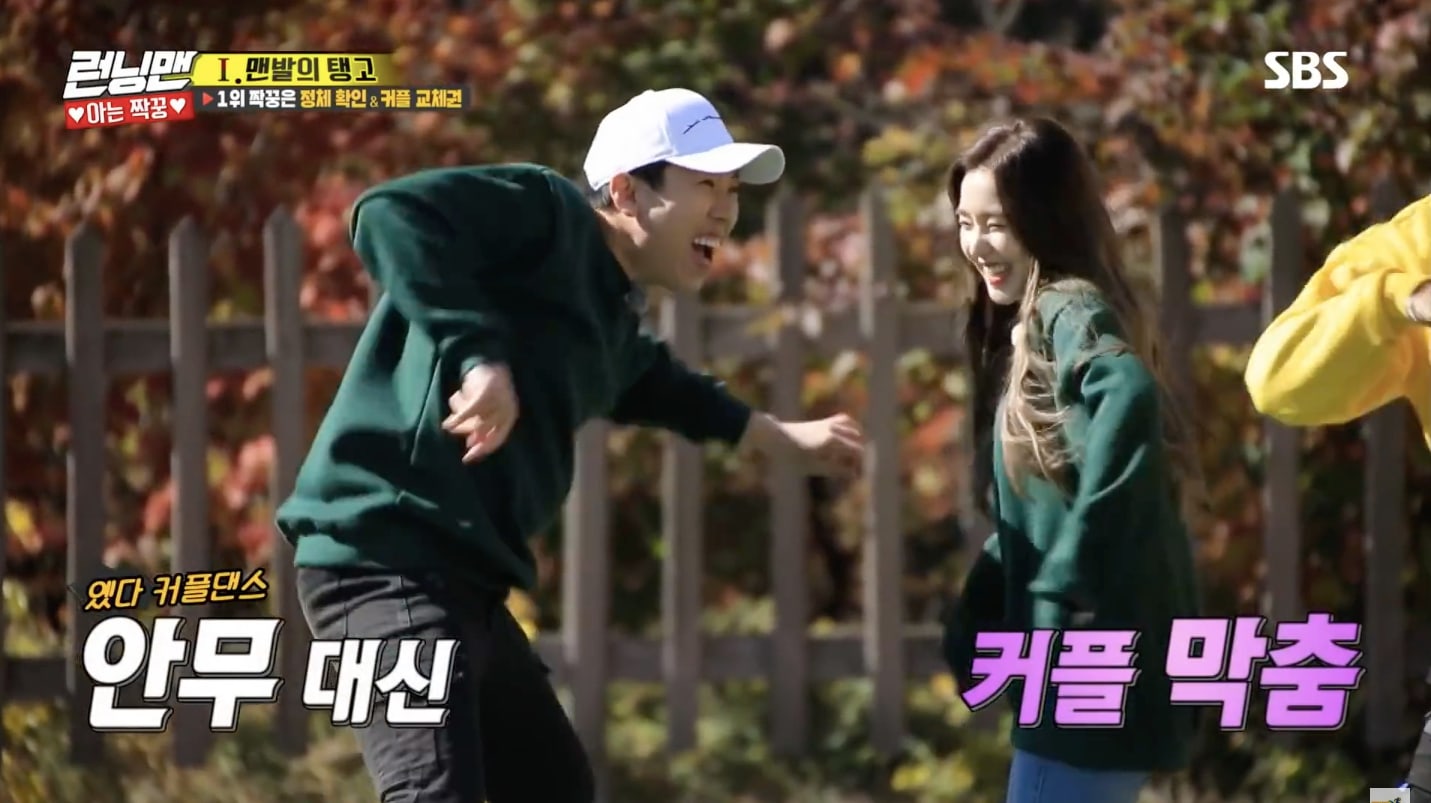 Not to be outdone, rival team HaHa and Kang Han Na showed remarkable synchronization as they performed an entertaining couple dance of their very own.

Check out the clip of Yang Se Chan and Irene’s couple dance below!

You can also watch the full episode of “Running Man” with English subtitles here: