Watch: Yoo Seung Ho And Chae Soo Bin Get Playful Behind The Scenes Of “I Am Not A Robot”

Yoo Seung Ho and Chae Soo Bin are just as sweet in real life as they are on screen!

The production team of MBC’s “I Am Not a Robot” shared a playful and funny behind-the-scenes clip where the personalities of the two lead actors shined through.

Chae Soo Bin bet Yoo Seung Ho on who could blow bubbles for a longer time, but lost the bet shortly afterwards. The disappointed actress told her co-star, “I don’t have enough soap,” and Yoo Seung Ho responded, “Then tilt it over.” Chae Soo Bin laughed in response to his advice. 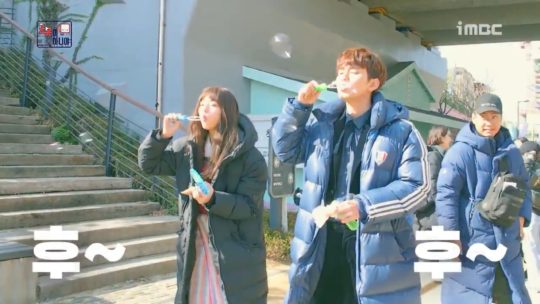 Another funny story was revealed about the couple’s romantic hug during the video.

Chae Soo Bin’s hair is in fact a wig that has not been washed in a while. After a staff member pointed this out, the actress laughed and started worrying about the smell of her wig. Chae Soo Bin sniffed the hair strands in concern, but Yoo Seung Ho comforted her by saying, “Seriously, it doesn’t smell.” 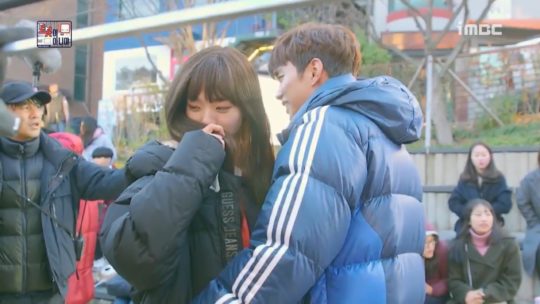 Watch the behind-the-scenes video below!

Catch up with “I Am Not a Robot” by watching the latest episode here: