Watch: Yook Sungjae And Lee Seung Gi’s Bromance Kicks Off In “Master In The House” Previews

Lee Seung Gi can’t contain his joy at finally escaping being the youngest on variety programs.

The staff of “Master in the House” reiterated how Lee Seung Gi’s greatest desire for his variety show comeback was to no longer be the youngest. Lee Seung Gi explained, “I always filmed with people older than me. There was one thing I wanted the most from the staff of ‘Master in the House.’ [I said,] ‘It would be nice if there was a member who was around my age or younger.’” 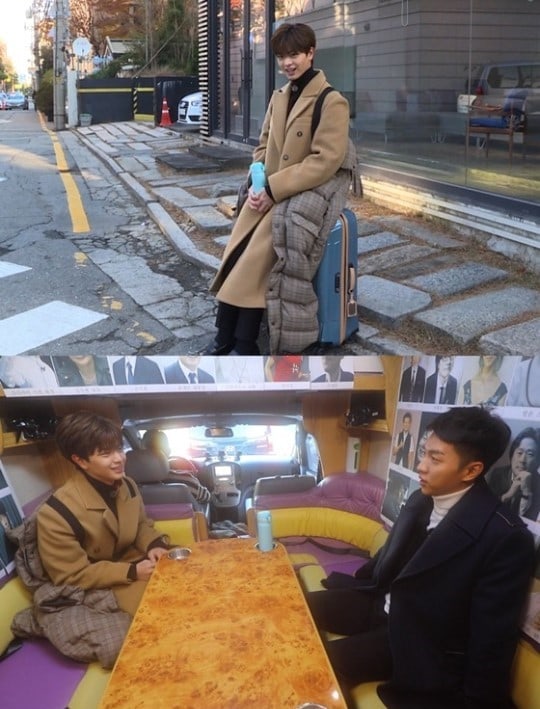 Lee Seung Gi was granted his wish with the addition of Yook Sungjae to the cast. As the youngest member, Yook Sungjae was unable to hide his nervousness while meeting Lee Seung Gi, his real-life role model. During their first meeting, Yook Sungjae confessed to Lee Seung Gi, “I sang ‘Delete’ at my auditions, and my go-to karaoke song is ‘Love Taught Me To Drink.’”

Lee Seung Gi playfully responded to Yook Sungjae, “You were a god. I watched all of ‘Goblin‘ as it aired. Now that I think about it, the man I was most interested in at that time was Yook Sungjae.”

“Master in the House” also released a preview, where the Yook Sungjae talks about how much he admires Lee Seung Gi again, and even sings a little bit of his song. In the second half of the clip, the BTOB member’s “real ‘crazy’ personality” is shown as he interacts with the other cast members, shows off his room, and plays computer games.

Yook Sungjae is said to have been extremely to Lee Seung Gi during shoots. Lee Seung Gi was so impressed he said, “I have no interest in whoever joins as the next member is. I only need Sungjae.” Lee Seung Gi reportedly repeated “Sungjae, you will succeed!” throughout filming as well. The staff of “Master in the House” revealed, “Look out for the bromance between ‘Only looks at Seung Gi’ Yook Sungjae, and ‘Loves the youngest’ Lee Seung Gi.”