On February 2, the variety show released a sneak peek of its next episode, which will feature the stars of the upcoming SBS drama “Haechi.” Actors Jung Il Woo, Go Ara, Kwon Yool, and Park Hoon will all be appearing together as guests on the highly-anticipated Lunar New Year Special.

According to the crew, veteran “Running Man” guests Jung Il Woo and Go Ara took to the variety program like fish to water, falling right back into the rhythm of the show and cracking everyone up with their refreshing honesty throughout the shoot. Kwon Yool also reportedly impressed everyone with his passionate energy and enthusiasm, enlivening the atmosphere on set with his singing and dancing.

Additionally, although the episode marked Park Hoon’s first variety show appearance, he apparently proved so entertaining during filming that the production staff found his lack of experience hard to believe. 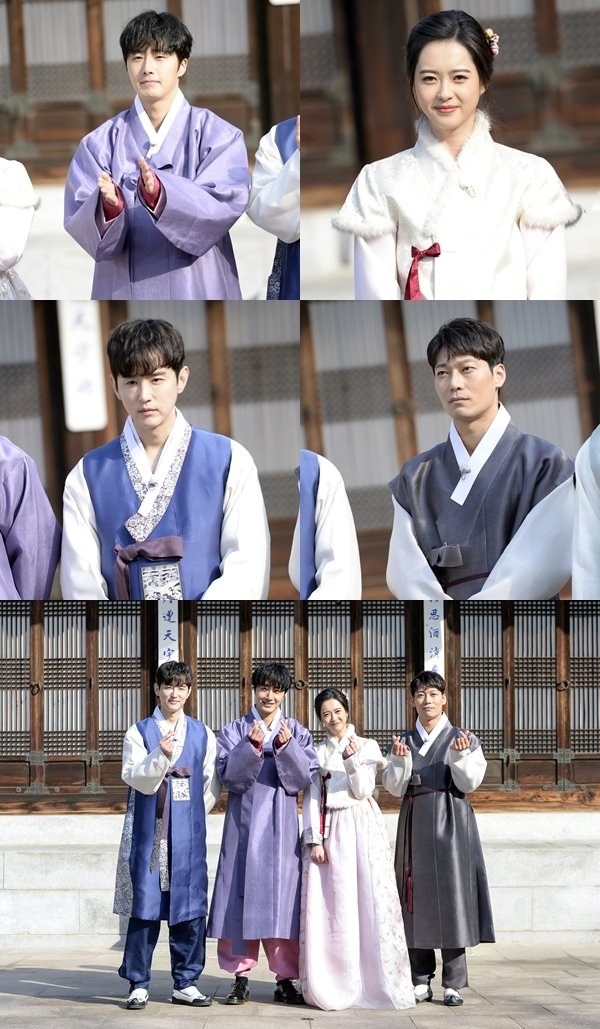 In the latest preview for the upcoming special, “Running Man” teases that there are “three kings, [but] only one throne.” Yoo Jae Suk declares, “If someone betrays my king, I won’t sit by and watch!”

The clip goes on to tease a “fierce battle” to decide which king will rise to the throne. Go Ara exclaims, “No, I want to be drenched in water!” while Kim Jong Kook says dismissively, “What do you mean, king? You’re not my king.” Jun So Min comments excitedly, “Coup d’etat! This is definitely a coup d’etat.”

The preview ends with a voice asking dramatically, “Aren’t you in need of a king?”

“Haechi” is a new historical drama starring Jung Il Woo as Prince Yeoning, a prince who was born to a common woman and who therefore cannot become king. The drama premieres on February 11 at 10 p.m. KST and will be available with English subtitles on Viki. Check out the latest teaser here!

Catch up on last week’s episode of the variety show below!