Music: Cho Young Soo / Lyrics: Ahn Young Min
Album: T-Ara digital single “Lie” Track 1
Watch: MV Live Performance
Comment:
Rookie female group T-Ara is having their first top 3 hit with their
debut song “Lie”. This year in k-pop we have seen perhaps the strongest
competition ever for debutant female groups. 2NE1, 4 minute, After
School have already made major impact to the scene, now T-Ara is
joining the heated competition. “Lie” was composed by Korea’s famous
composer Cho Young Soo, which is a very addicting song that will keep
people wanting for more. There are two versions of the title song
“Lies”, a dance version and a ballad version. The dance version has a
bokgo feel and electronic sound as oppose to the ballad version which
has more of an acoustic sound to it.

Music + Lyrics: MC Mong
Album: MC Mong Vol. 5 Track 2 Purchase this album
Watch: MV Live Performance
Comment:
This is the title track of MC Mong’s 5th studio album “Humanimal.” It
is an Indian-style song with vibrant primeval-like, African sounds and
an exciting beat. It was written by MC Mong and it perfectly represents
his unique style. The lyrics are about protecting one’s love even in
the face of adversity. (credits to Arirang TV – Pops In Seoul)

Music + Lyrics: Bang Shi Hyuk
Album: Baek Ji Young mini-album “Ego” Track 1 Purchase this album
Watch: MV Live Performance
Comment:
Baek Ji Young’s “Candy On My Ear” repeats as our biggest mover this
week, up 10 more spots to No. 6. “Candy On My Ear” is a Europe style
electropop song. 2PM’s Taek Yeon (nicknamed as “Beast Idol”) who is
featured on this song, will also be appearing in the music video and
performing on stage with Baek Ji Young, capturing all the idol fans
with his manly voice. Songwriter Hitman Bang who also wrote Baek’s top
ballads “Like Being Hit By A Bullet” and “Is Love A Sin?”, wrote this
song.

Music + Lyrics: Teddy + Kush
Album: 2NE1 1st mini-album Track 2 Purchase this album
Watch: MV Live Performance
Comment:
This is the title track of 2NE1’s first mini-album. It is a
medium-tempo R&B pop song with a gentle, reggae-style melody. It
was written by the main YG producer Teddy, who also wrote “Lollipop”
and “Fire,” and Skush of the reggae band Stony Skunk. The addictive
melody of this song is especially impressive. (credits to Arirang TV –
Pops In Seoul)

Album: Bada Vol. 4 Track 3 Purchase this album
Watch: MV Live Performance
Comment:
Bad returns to the top 10 this week with the title song from her 4th
album “MAD”. After successfully promoting her 3rd album “Made in Sea”
back in 2006, Bada advanced into doing musicals like “Notre Dame De
Paris” and “200 Pounds Beauty” which were big hits. She even won an
award for best actress at the “2009 Musical Awards”. Having a
successful career as a musical actress for the past two years, she has
finally returned back as a singer and released her 4th album. This
album consists of synth-pop sounds that were popular in the 80s/90s and
modern electronic sounds. Unlike her previous music styles, Bada is
bringing back the bokgo sound in this album.

Album: G-Dragon Vol. 1 Track 2 Purchase this album
Watch: MV Live Performance
Comment:
Perhaps this is going to be one of the biggest hits in 2009, Big Bang’s
leader G-Dragon, well known for creating hit songs like “Lies”, “Last
Farewell”, “Day By Day” and “Sunset Glow”, is having his long
anticipated solo debut. The title song of his album is “Heartbreaker”
and it enters our chart at No. 10 this week. “Heartbreaker” starts off
with G-Dragon’s powerful narration which is an instant attention
getter, plus the additive melody of the song makes it an instant hit.
G-Dragon’s album has only been released for 2 weeks and it already
becomes one of the top selling albums in 2009!

Music: Yoon Il Sang / Lyrics: Lee Seung Ho
Album: Cool Vol. 11 Track 1 Purchase this album
Watch: MV Live Performance
Comment:
For many years, a summer in k-pop is not considered complete without a
hit song from Cool. 2009 is of no exception as the ageless trio is
coming back for their 11th album. The title song “To Look To Look” is
at No. 12 this week. “To Look To Look” is a perfect song for the season
that has cute lyrics that will tickle listeners. The Yoon Il Sang and
Lee Seung Ho combo who also wrote their past hit, “I Want Love,” composed
this number.

Music + Lyrics: Kim Chang Dae
Album: 2PM single album “2:00PM Time For Change” Track 3 Purchase this album
Watch: MV Live Performance
Comment:
This song is included in 2PM’s single album “2:00PM Time For Change.”
It blends the soul groove and trendy two-step styles and features
autotune vocoder sounds, which are very popular in the U.S. The frank
lyrics are about the feelings of a man toward the woman he loves. This
song represents 2PM’s more mature charm. (credits to Arirang TV – Pops
In Seoul) 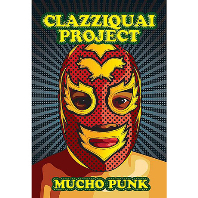 Album: Clazziquai Vol. 4 Track 3 Purchase this album
Watch: MV Live Performance
Comment:
This is the title track of Clazziquai’s 4th studio album “Mucho Punk.”
It is an exciting house electronic-style song with a sophisticated
electronic beat and pop melody. It is the punkiest and most vibrant
song in the album with very energetic sounds. The lyrics are about a
man dreaming of new love. It is performed with Alex’s strong voice.
(credits to Arirang TV – Pops In Seoul)

Music: Min Myung Ki / Lyrics: Park Hye Kyung, Park Ji Won
Album: Park Hye Kyung Vol. 7 Track 1 Purchase this album
Watch: MV Live Performance
Comment:
Always bringing listeners a refreshing sound, Park Hye Kyung is back
with her 7th album “My Favorite”. The title song “High Heels” made it
into the top 20 this week at No. 15. This album continues to show her
cheerful vocals in the stories she tells through her songs. The biggest
charms to her songs are the well-matched lyrics that go along with the
melodies. “High Heels” which reflects the feelings of women.

Music + Lyrics: Yoo Young Jin
Album: SNSD mini-album Vol. 2 Track 1 Purchase this album
Watch: MV Live Performance
Comment:
This is the title track of Girls’ Generation’s 2nd mini-album. It is a
trendy dance song that was written by the hit-makers Yoo Young-jin and
Yoo Han-jin and the songwriter team “Design Music,” which is famous in
the U.S. and Europe. Its dream-like prelude harmonizes well with its
cheerful chorus. The lyrics are about regaining courage and passion for
life. (credits to Arirang TV – Pops In Seoul)

Music + Lyrics: Shin Sa Dong Tiger
Album: 4minute digital single “Hot Issue” Track 1
Watch: MV Live Performance
Comment:
This is the title track of 4Minute’s debut single album. It is a “hook”
song with a funky rhythm of the 1980s and it stands apart from songs
with story-based lyrics. The musical interpretation of vivid colors
makes this song especially stylish. Its free-spirited melody and
rapping are very impressive. (credits to Arirang TV – Pops In Seoul)

Album: Supreme Team 1st mini-album Track 2 Purchase this album
Watch: MV Live Performance
Comment:
This is the representative track for Supreme Team’s first mini-album,
“Supreme Team Guide To Excellent Adventure.” It features a harmony
between Simon D’s husky high tone with E-sens’ unique rapping. Their
performance stands out in what is a bright and cheerful song. (credits
to Arirang TV – Pops In Seoul)

Music: Cho Young Soo / Lyrics: Kang Eun Kyung
Album: Navi digital single “Even The Tears Are Wasteful” Track 1
Watch: MV Live Performance
Comment:
Highly acclaimed but underrated female singer Navi finally have her
first top 20 hit “Even The Tears Are Wasteful”. Navi is known for her
strong vocals and charming styles. This is her first up-tempo song and
it is doing wonder. Having top songwriter Cho Young Soo writing this
song and also Hyun Ah from 4minute is featured as rapper helps this
song debuting into the top 20 in its first week on the chart.

Album: Digital single Color Of City (Blue) Track 1
Watch: MV
Comment:
A Taste of Farewell is the first of the Color of City project series
where different artists sing about precious stories in our life. The
song is sung by veteran singer Kim Bum Soo and it was composed and
penned by Shim Hyun Bo. The song is about the after image and
circumstances one sees in their significant other after breakup.
(credits to motoway065 for translations)

Album: Boo Hwal Vol. 3 (1993) Track 5
Watch: MV Live Performance
Comment:
Boo Hwal is a legendary rock band in Korea that debuted in 1986.
Consisting of five members and formed originally by Kim Tae Won, leader
and vocal of the band. Lee Seung Chul joined them soon after and was
the vocalist for many hit tracks starting with Heeya. They have to be
one of the first band in Korea that specializes in rock ballad. The
track “The More I Love” is from their 3rd album in 1993 about thanking
the one you had loved and missing them. Boo Hwal did not release a new
album every year. In fact, they have released only 13 studio albums
over their career, with the latest one released recently to celebrate
the group’s 25th anniversary of formation. A more well known hit of Boo
Hwal for the younger generation is “Never Ending Story” from their 6th
album in 2002. (credits to ~S2~)

Sources of the chart