Weki Meki’s Choi Yoojung opened up about her health and thanked her fans for their continuing love.

The idol appeared as a guest on the January 28 broadcast of SBS PowerFM’s “2 O’Clock Escape Cultwo Show.” At the beginning of the radio show, she said, “The [Weki Meki] members [cheered me on] and told me to do a good job, so I came here confidently, but now I’m really nervous.”

Many listeners then sent in their stories of seeing Choi Yoojung out and about. One listener who works at a hospital near Fantagio said, “I’ve seen Choi Yoojung since she was a trainee. She grew up well.”

After hearing the listener’s story, Choi Yoojung explained, “I was a trainee starting from the age of 13. The director [of our agency] gave me the nickname ‘walking general hospital.’ Because I began training when I was young, my joints aren’t in good condition, and I catch colds often.” She added with a smile, “The state of my joints has become worse, but I’m recovering.”

Another listener congratulated Choi Yoojung on celebrating the 1000th day since her debut, and Kim Tae Gyun, Muzi, and Moon Se Yoon also offered their congratulations.

“1000 days have passed since I first greeted you as [a member of] I.O.I,” said Choi Yoojung. “Thank you for loving me consistently. I’ll continue to work hard in the future. Good luck, I.O.I!” 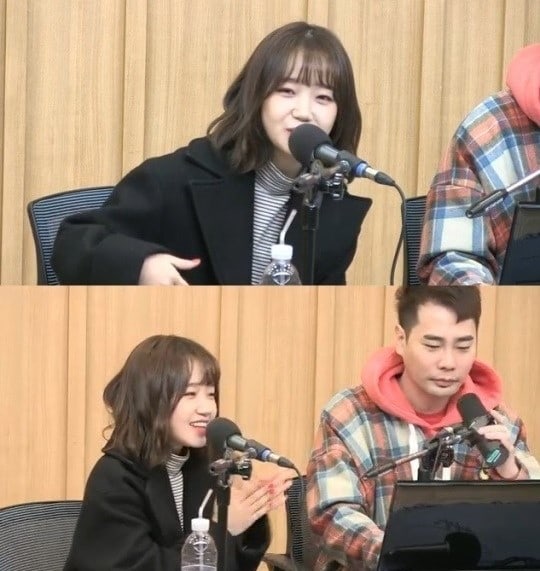 Choi Yoojung rose to fame during her appearance on Mnet’s “Produce 101,” where she caught viewers’ attention with her adorable looks and skillful performances. She first debuted as one of the 11 members of project girl group I.O.I before joining her current group Weki Meki.